Around the World is a fun, competitive shooting drill for the whole team that will get your players quality repetitions under game-like pressure. 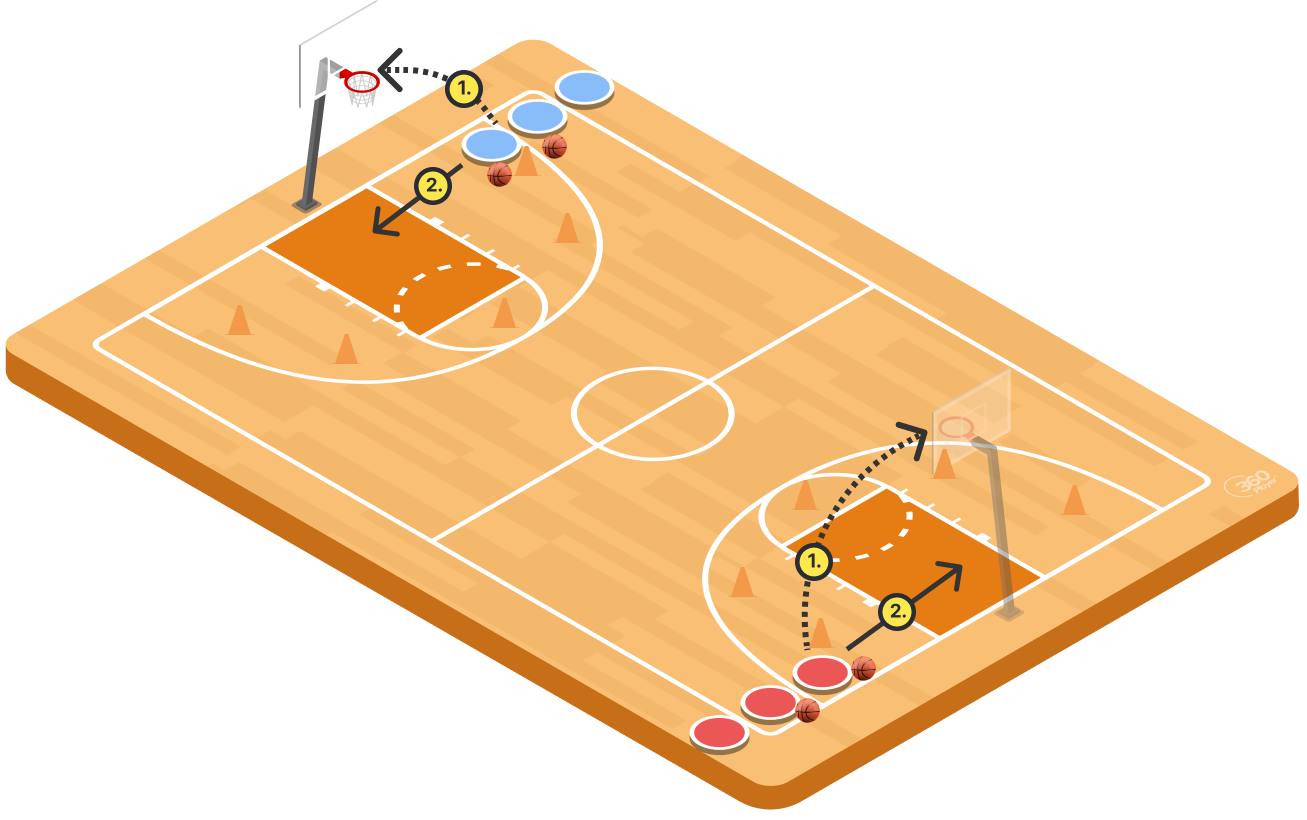 Divide your team into two groups. If more than two baskets are available, you can divide into as many teams as necessary. Teams should have no less than three players. Each team forms a line in its own corner. The first two players in each line start with a ball. (Cones are not necessary. We used them for purpose of clarity).

On the coach’s “Go,” the first player on each team will shoot from the designated spot, then rush for his/her own rebound. Once the first player shoots, the second player steps up and repeats. All players are to get their own rebounds and return the ball to the next player in line. This is a team competition. A team must make 5 shots (or 10, depending on the team’s skill level) before moving on to the next spot. The first team to go around the world – corner, wing, top, wing, and corner – wins the game.

-There are many ways to progress this drill – dribble pullups, step backs, 3pt shots, etc. Coach’s should predetermine which type of shots teams take.

-No more than two teams per basket.