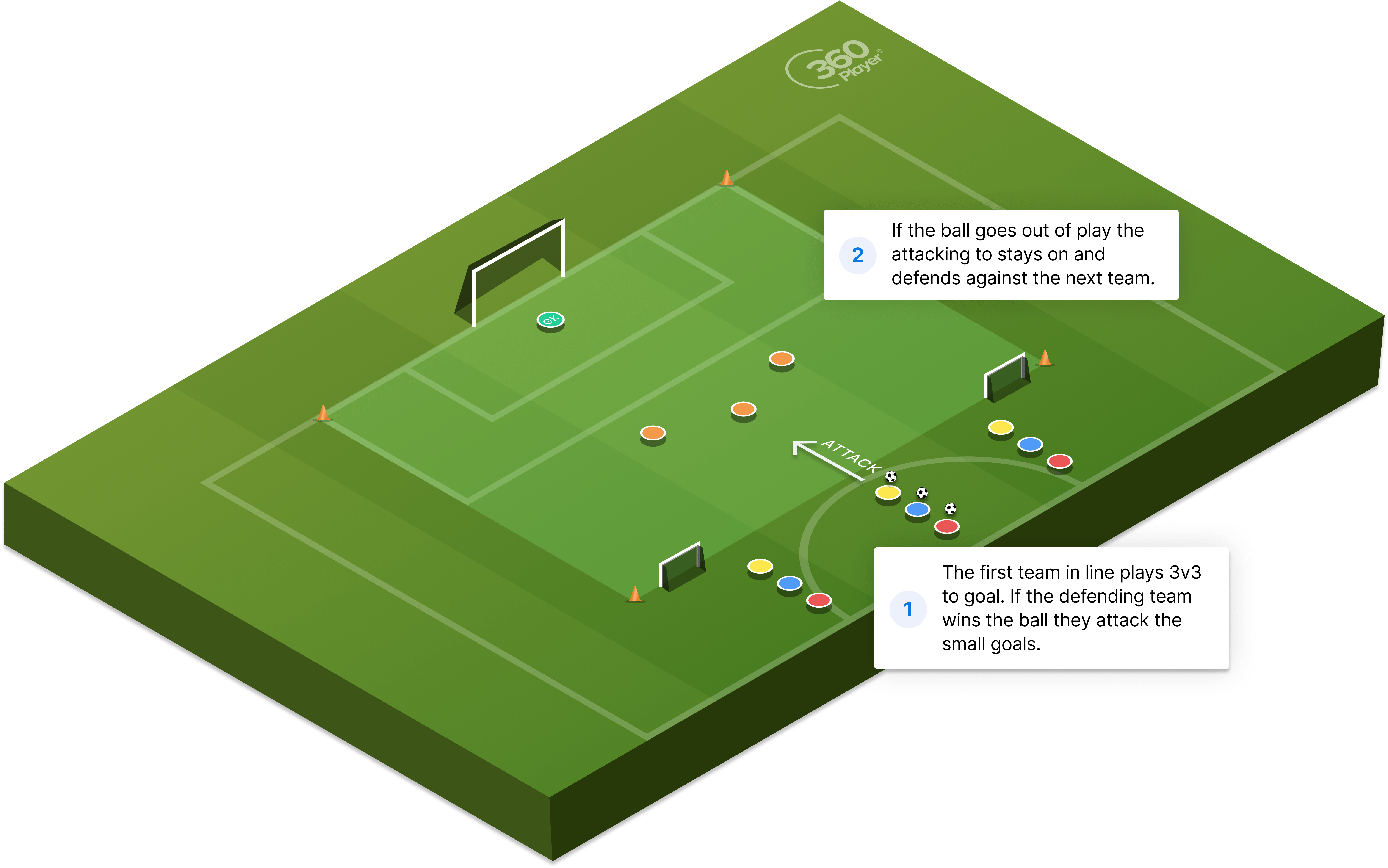 Suicide sprints are a difficult conditioning exercise to work on cardiovascular fitness without a ball.