The team rondo finishing challenge is a fun and exciting game with two teams competing to complete passes and score. 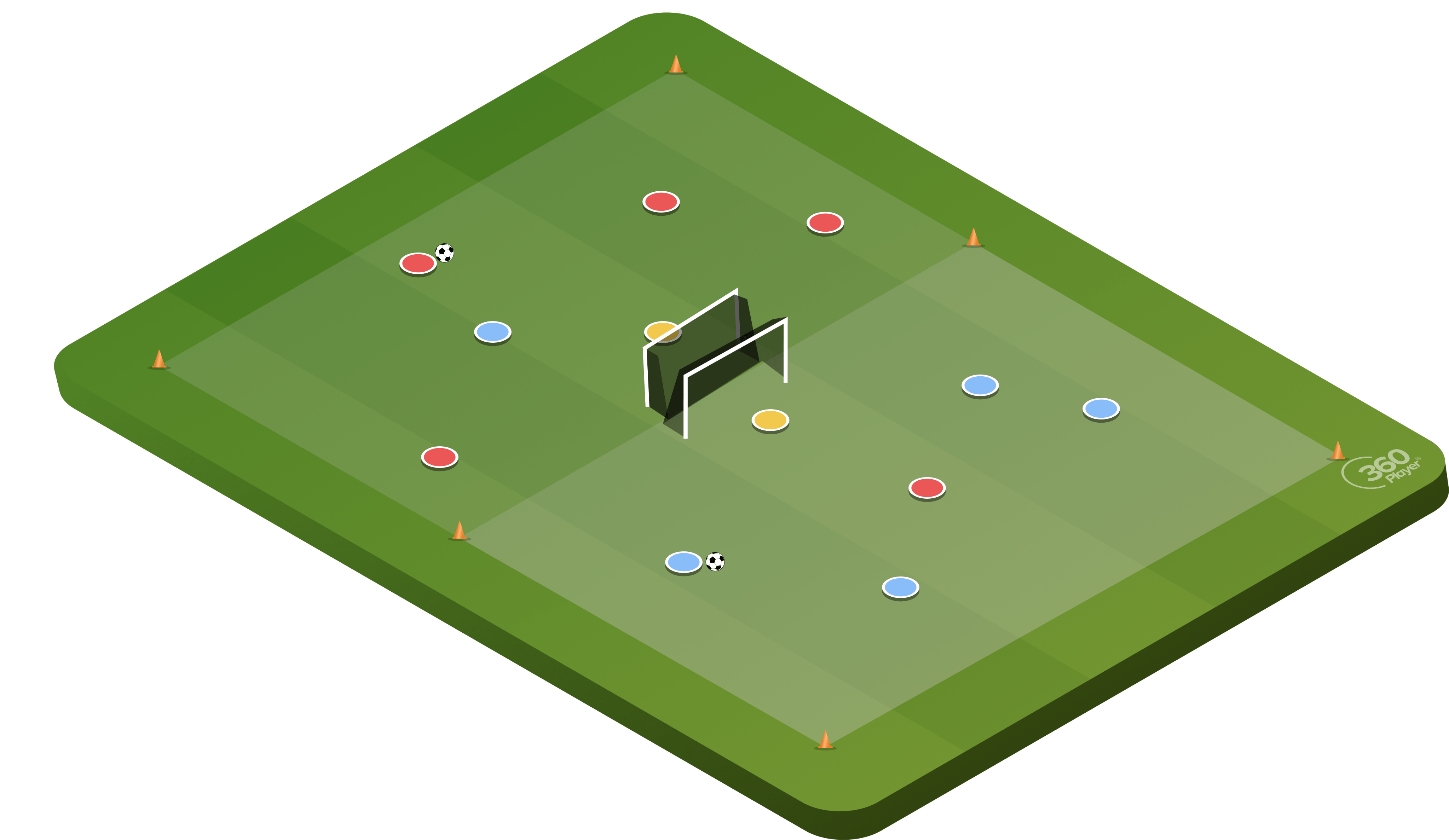 Create a large grid divided in half down the middle. Place two large goals in the middle as pictured in the diagram. Mini goals could also be used for this drill, however, if you opt to use the large goals, you’ll want to use goal keepers as well.

Separate players into two teams, each of which starts on one of the halves. One player from each team starts on the opposition’s half. Optimal team sizes for this drill are 4-7 players (teams of 5 are pictured in the diagram). Each team starts with a ball.

The two teams play rondo keep aways against the lone opposing players in their grids. Once a team has completed a minimum number of passes, they can then try to score on goal for a point.

In addition, the lone players on each side can score in several ways and if they manage to score, their goal is worth three points for their team. The first way they can score is if they manage to win the ball as a defender in the rondo and score on goal. Since they are outnumberd, this is really difficult!

The other way the lone player can score is if they recieve a pass from their teammates on the other side and then finish on the goal. In order to recieve a pass from the other side, their teammates must have completed the minimum number of passes first. This requires a high degree of awarness and communication because the lone player’s primary task is defending the rondo first, however, if this attacking opportunity presents itself they can quickly ditch their defensive responsibilities in an effort to score a goal worth more points.

This exercise combines elements of rondos, possession, and finishing all into one drill. Players have to work together to keep possession of the ball. In addition, they have to have a lot of awareness to decide if they should try to go for one point or if there’s an opportunity to play it to their teammate on the other side for a chance at three points.

In both cases, movement off the ball is very important to create the space needed for a goal scoring opportunity.