1v1 starting at the posts is a variation of 1v1 where the coach plays a ball out to one side and the defender from the opposite side applies pressure from behind. It’s a great way for attackers to practice in back to goal situations and for defenders to work on closing down quickly. 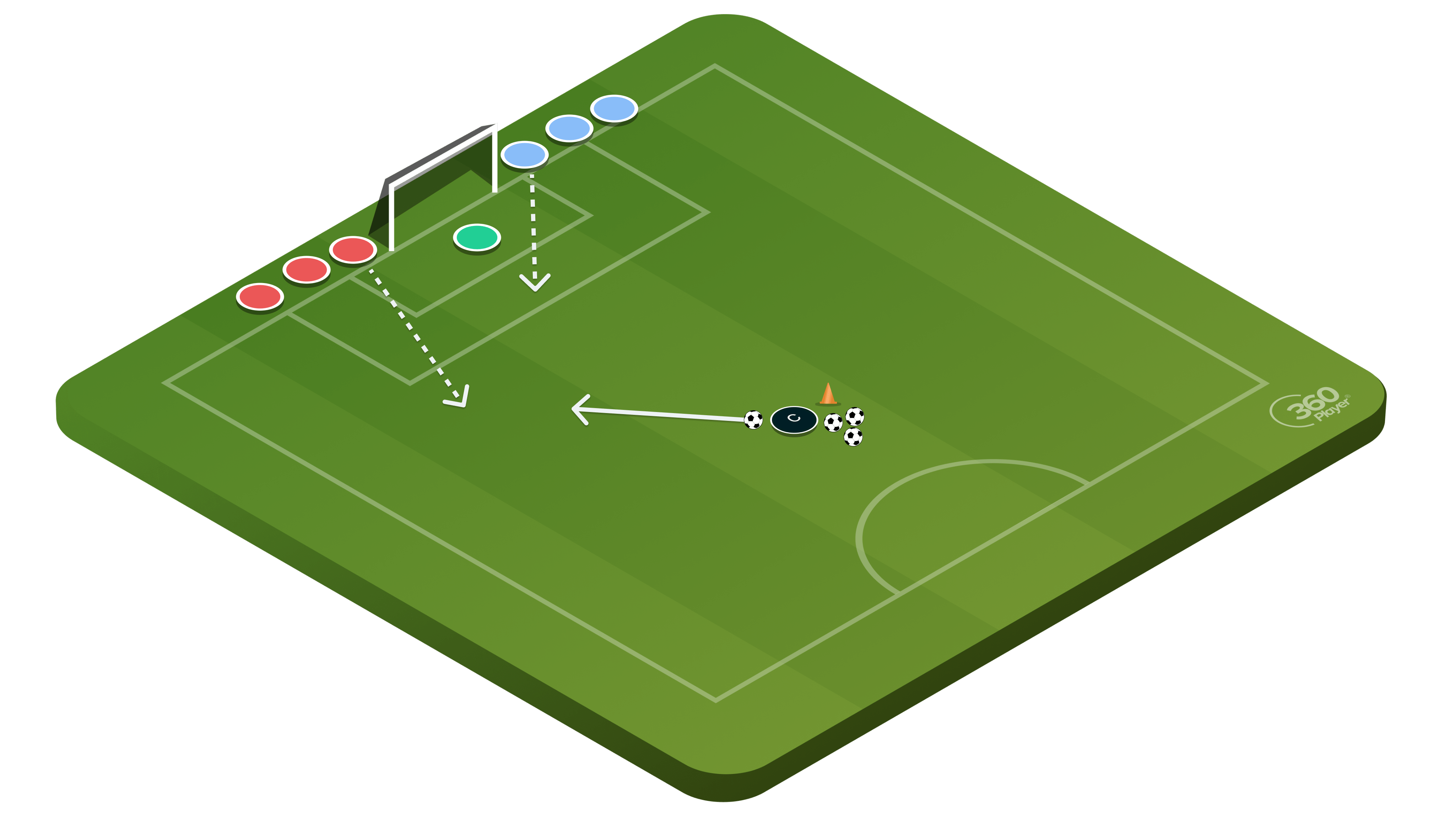 Players start this drill with one hand on the post next to them. When both players are ready, play starts when the attacker moves forward, checking into space. Once the attacker’s hand leaves the post the defender can chase after the attack to close the space.

Defenders should be ready to close the space quickly as soon as the offensive player starts their run. The objective for the defender should be to keep the attacker’s back to goal which can be achieved by applying pressure from behind.