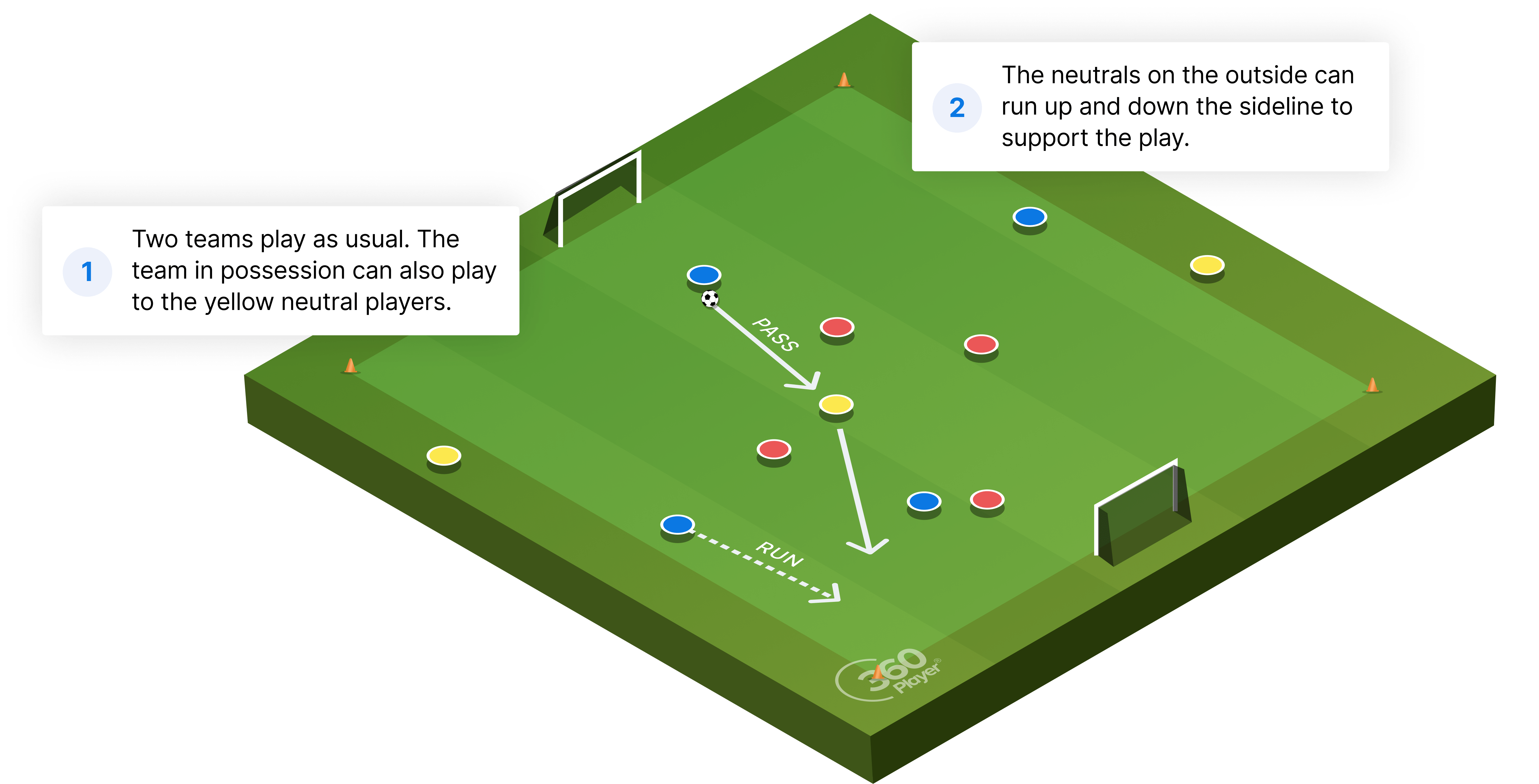 Build a field with a mini goal on each end. Assign players to two teams. 4v4 is an ideal match size however, this exercise can be played with varying team sizes. Be sure to adjust the size of the field accordingly. In addition, assign some players to be neutral or ‘all time offense players’. This works well with one neutral player on either sideline and one in the field of play.

Depending on a coach’s focus there are a lot of different coaching points that can be made. In general, small sided games offer a great chance for players to work on basic shape and positioning as well as teamwork and cooperation. They also provide an environment where players can get more touches on the ball as opposed to a full sided 11v11.