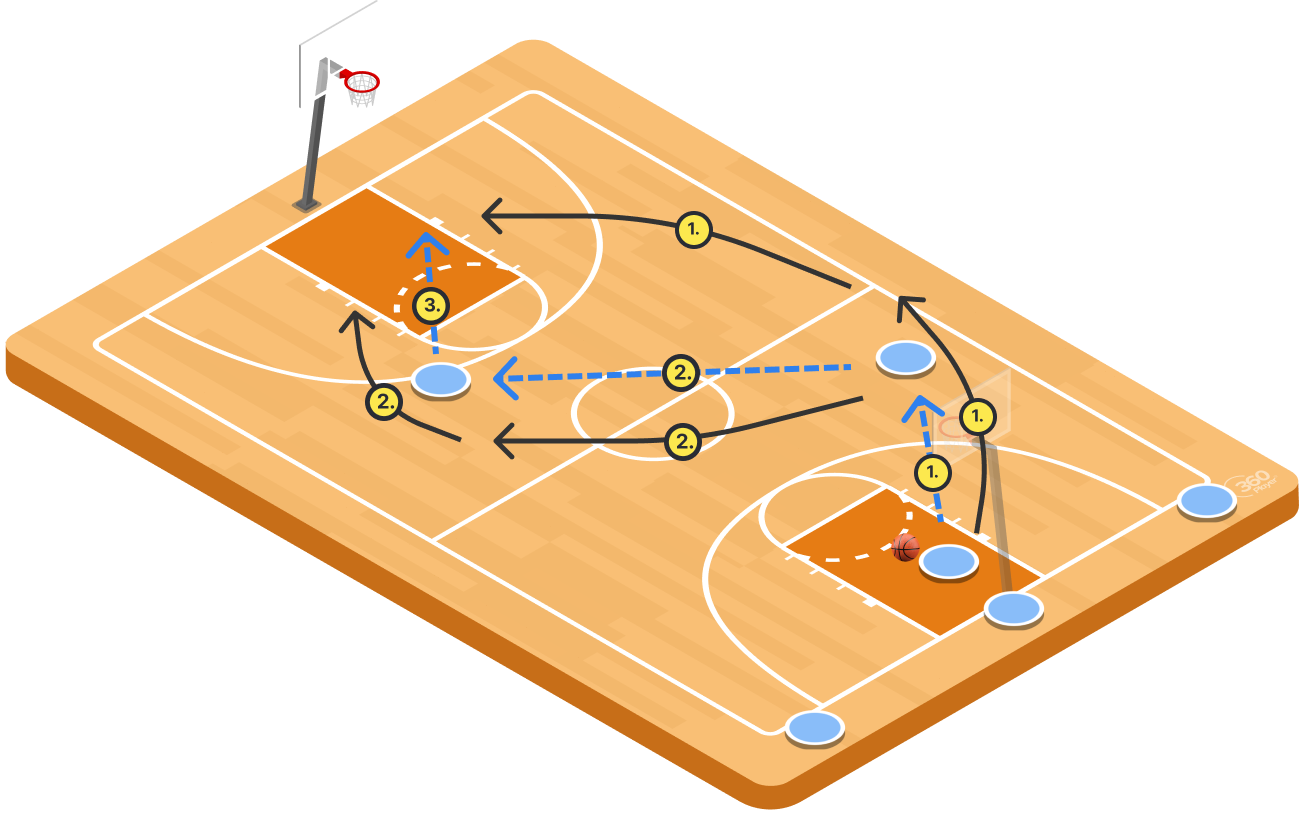 The 3-Man Weave is a timeless drill used at all levels to get players moving up and down the court, working together and communicating.

Form three lines on the baseline: one in each corner and one in the middle, underneath the basket. The player in the middle line starts with the ball.

The middle player begins the drill by passing to either side. He/She then follows the pass, running behind the receiver and turning up the sideline. The new ball-carrier then passes to the opposite side and repeats the act of running behind the receiver and up the sideline. This action repeats up the entire length of the court, until a player is close enough to finish at the rim. At this time, one of the other two players must get the rebound and restart the drill back down the court. No dribbles may be taken throughout the drill.

-Coaches may designate a set number of passes required before the finish. 4-5 passes is typically a good place to start. From there, coaches may work down to just 2-3 passes depending on age and skill level.