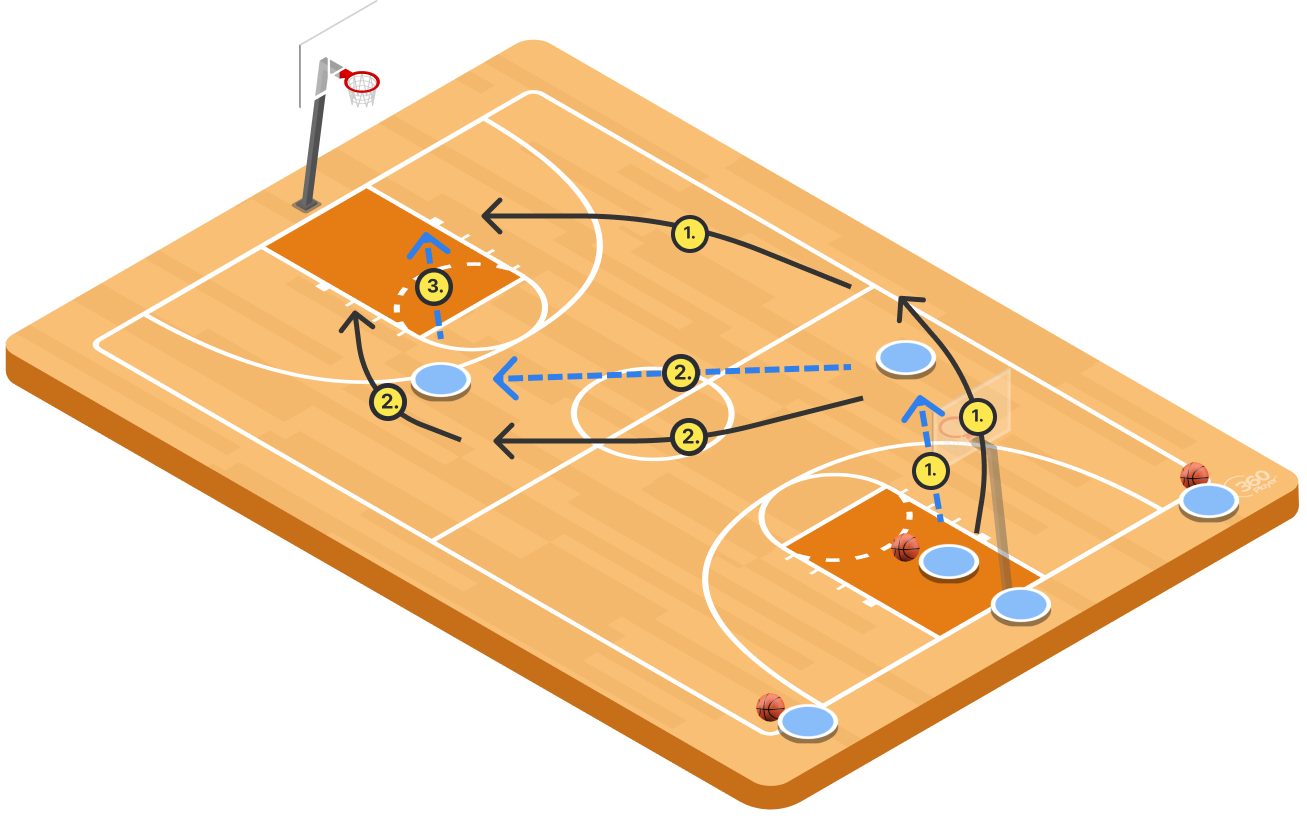 The 3-Man Weave w/ Shots is a simple progression to the classic warm up drill, adding a shooting component for two of the three players and keeping the next line engaged in the group ahead.

Form three lines on the baseline: one in each corner and one in the middle, underneath the basket. The first player in the middle line and the second players in each of the wide lines all start with a ball.

The middle player begins the drill by passing to either side. He/She then follows the pass, running behind the receiver and turning up the sideline. The new ball-carrier then passes to the opposite side and repeats the act of running behind the receiver and up the sideline. This action repeats up the entire length of the court, until a player is close enough to finish at the rim. At this time, one of the other two players must get the rebound and restart the drill back down the court. At the time of the second finish, the remaining two players will receive passes from the wide lines and take jump shots off the catch. No dribbles may be taken throughout the drill.

-Coaches may designate a pass limit/requirement before each finish.

-Coaches can run the drill for a specific time period or up to a set score, counting all finishes and made shots.