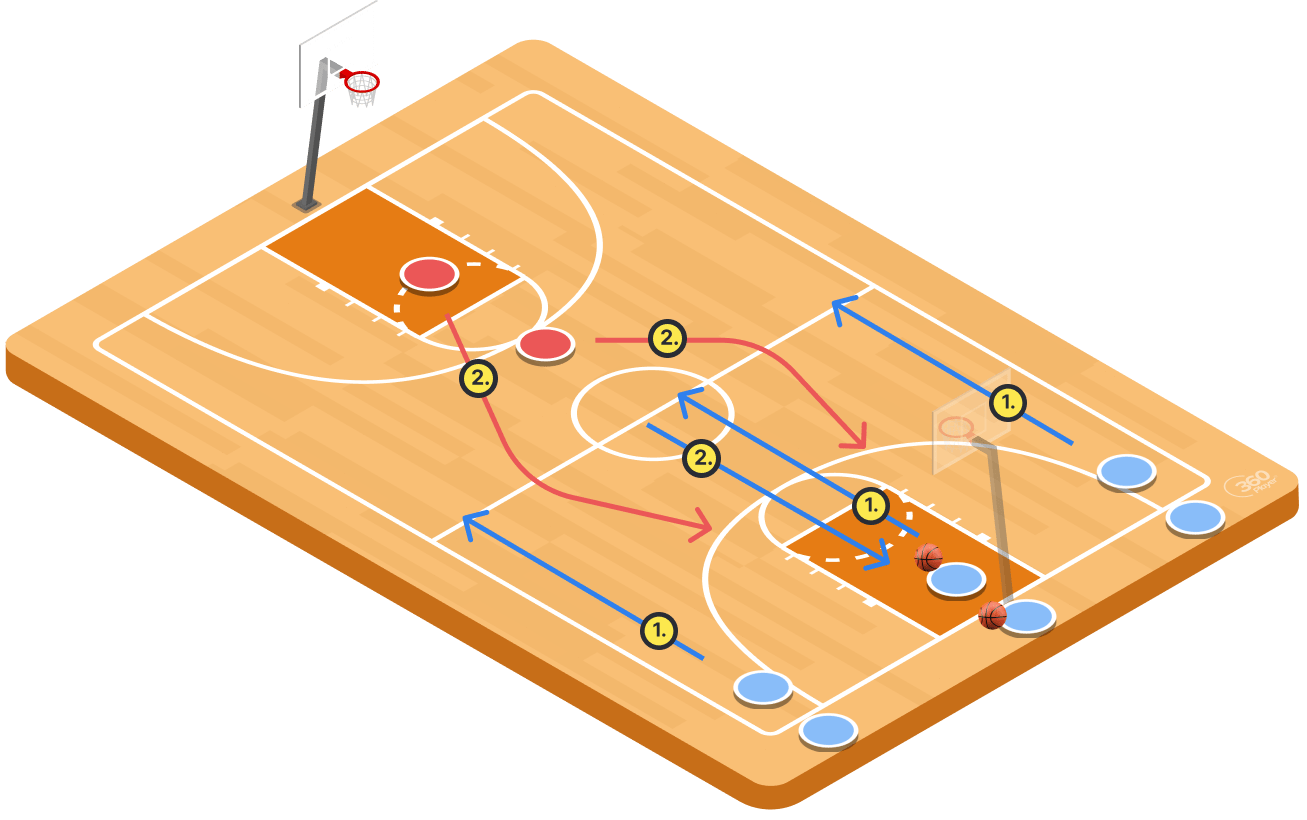 3-On-2, 2-On-1 is great up-and-down drill that works on capitalizing off advantages in transition and in contrast, stopping those advantages on the defensive end.

The first three offensive players rush down the court toward the two defenders. They must work quick to get a quality shot in transition. They get one shot to score. Once the shot goes up, the player from the middle line rushes back to defend the other end. The two defenders, having retrieved the shot, now run down on offense. Again, they must work quickly to get a quality shot in transition and only get one shot to score. The two original offensive players from the wide lines remain at the far end and become the first two defenders in the next group.

-Players should stay wide in transition and run hard down the court.

-Coaches may incorporate a shot clock to assure quick possessions.

-Coaches may also have the player who touches the ball last on offense rush back as the lone defender, rather than designating the player from the middle line.