4-On-4 Down Screens to Handoffs 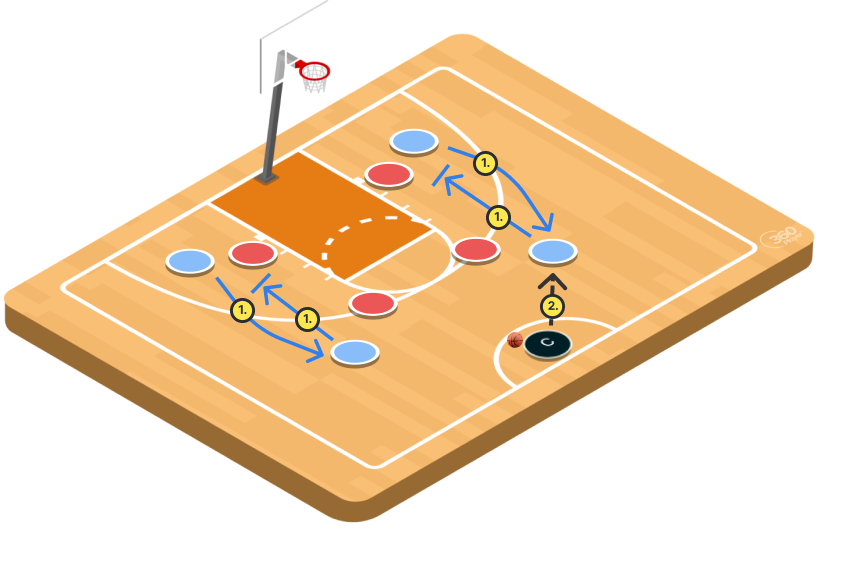