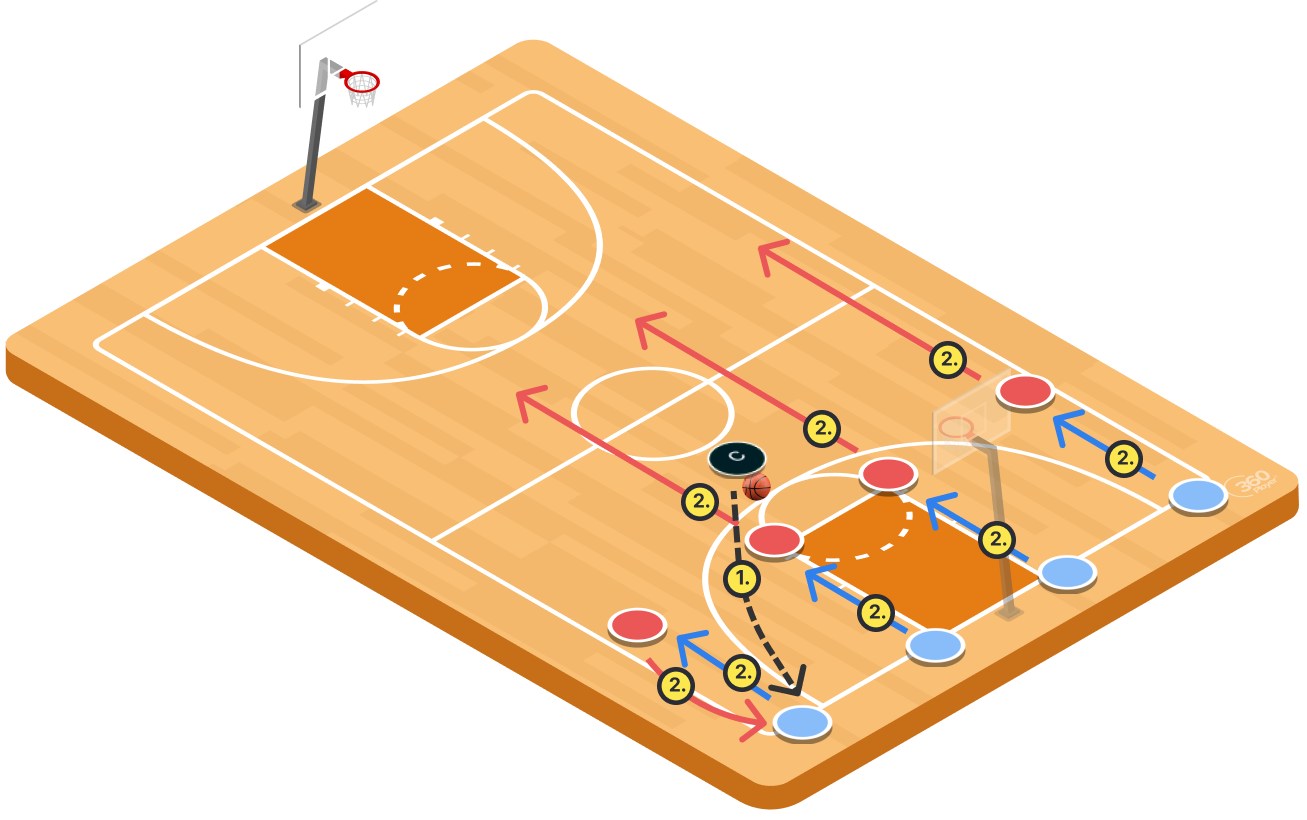 4-On-4 w/ Baseline Touch is a hybrid of team transition offense, defensive rotations and communication, and live play. It’s the perfect drill to allow your players some freedom, while assuring brief stops for rest and coaching points.

-When defending the 4-on-3 advantage, the first priority should be stopping the ball. The two remaining defenders must communicate in order to effectively “split” the three off-ball offensive players.

-When returning to defense, the trail player should always look to take the offensive player farthest from the ball.

-Depending on the number of players present, coaches should substitute players on each team after each two-possession run.