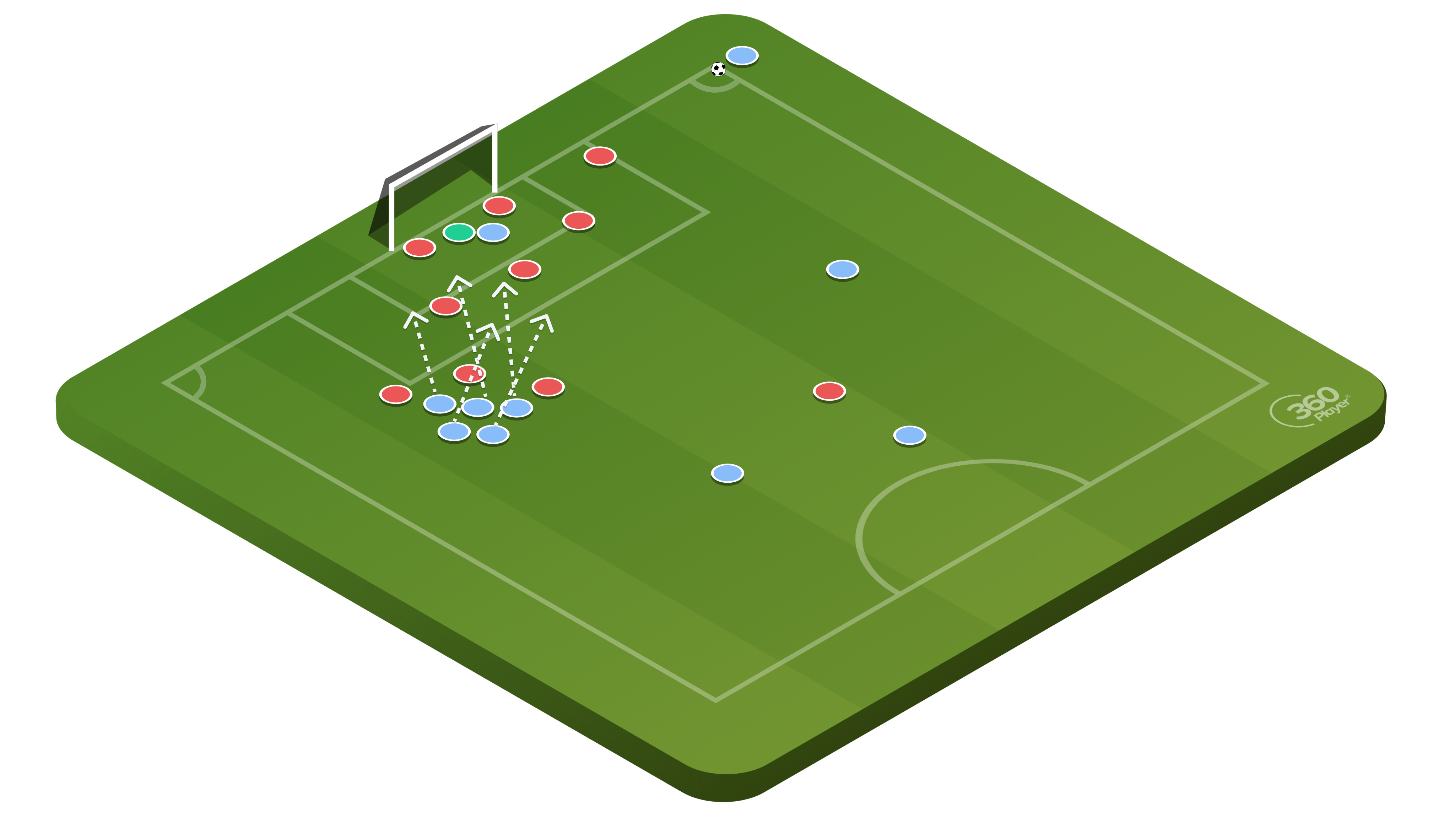 Create a corner kick situation with an attacking and a defending team. It may be best for the offensive team to practice without defenders the first few times but then you'll want both.

The offensive team sets up with a kick taker, one player in front of the goal keeper, and a cluster of players outside the corner of the box on the opposite side of where the kick is being taken.

The players in the cluster plan out where they are going to make their runs into the box ensuring that they are running to different areas. Front post, back post, penalty spot, and top of the D, are all good areas players can say they will make their runs to.

Timing of the runs is very important so be sure that the players are arriving where they want at the same time the ball is.