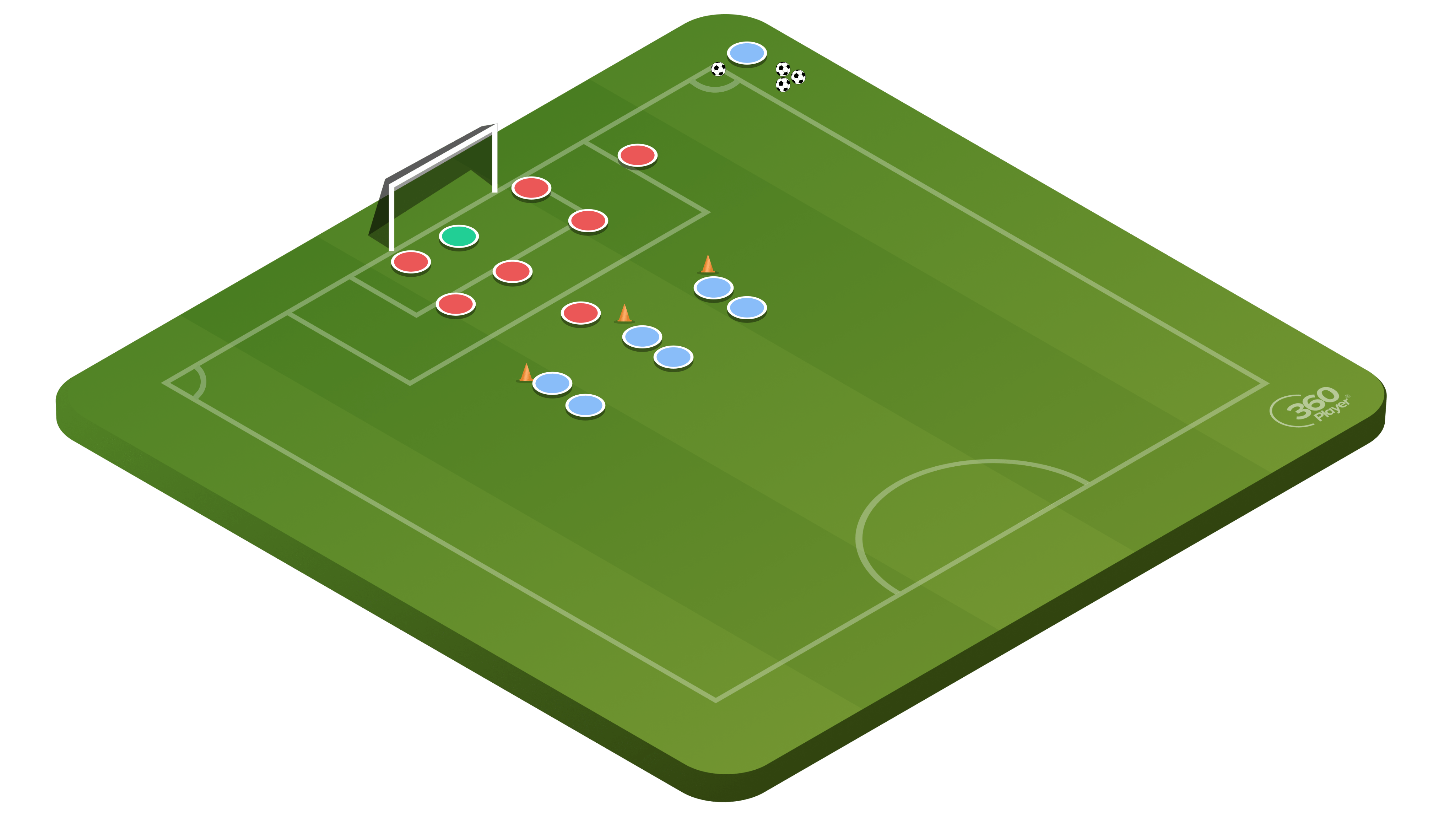 Having a plan to defend corner kicks is an important tactical decision that every coach must make for their team. Pretty much all corner kick defending strategies utilize either man marking, zonal marking, or some combination of the two. In this exercise players can practice with a basic zonal marking set up.

For this exercise you'll need a team of defenders, a goal keeper, and a team of attackers including a kick taker as shown in the diagram.

This zonal defending set up includes a defender on each post, three defenders across the six yard box, one player out wide to watch for the short corner, and one player towards the top of the box.

With the additional defensive players coaches can have them man marking key opponents or create more zones for players to defend in the box. This comes down to the individual tactical preferences of each coach.

At first, it may be nice for a team to practice clearing the ball without any attackers. Gradually as the defensive team improves, attackers can be added into the drill to try to attack the cross and score.

Be sure that players understand the basic concept and know where defenders should be positioned so that all the basis are covered when it comes game time. Communication is important amongst players during the set up and also when the ball is live as everyone needs to clear up at the same time.