Building Out of The Back 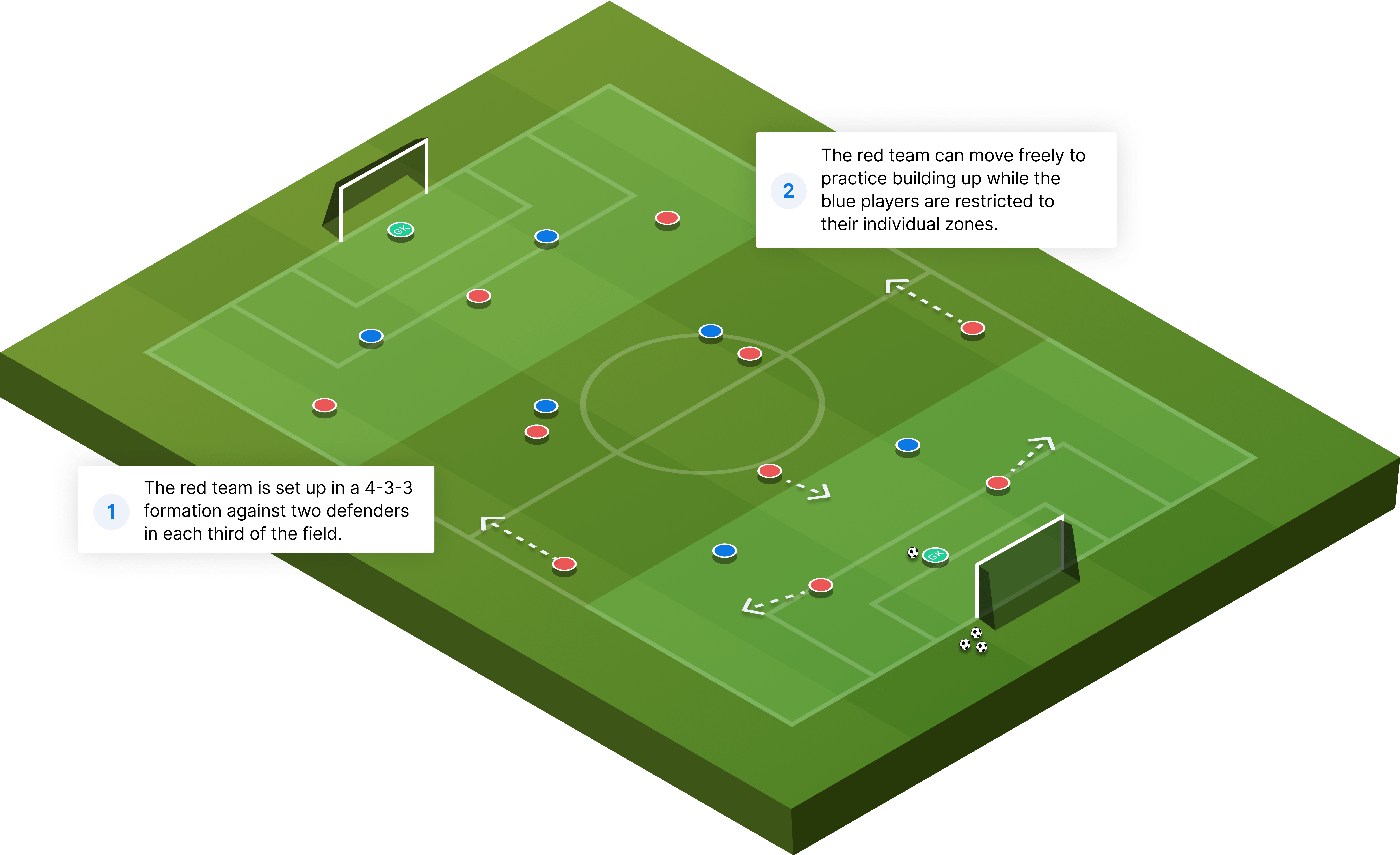 Building from the back is an important tactical aspect for teams to successfully move the ball forward and get into good attacking positions.

On a full field, position your team in the formation of your choosing and divide the field into three areas. In each of the three areas start with two defenders who can only defend in their assigned area.

The ball starts with the goal keeper in the back who distributes the ball to their back line. The goal of the offensive team is to move the ball up the field and try to score. At the start they face very light defensive pressure as there are only two defenders in each part of the field. This drill can be progressed by adding more defenders later on.

If the ball goes out of play, start with a new ball from the back.

Coaches can use this drill to implement their desired tactical build up. One common build up is to have the center backs push wide, the outside backs push up, and a center defensive mid drop back into the back line as shown in the diagram.