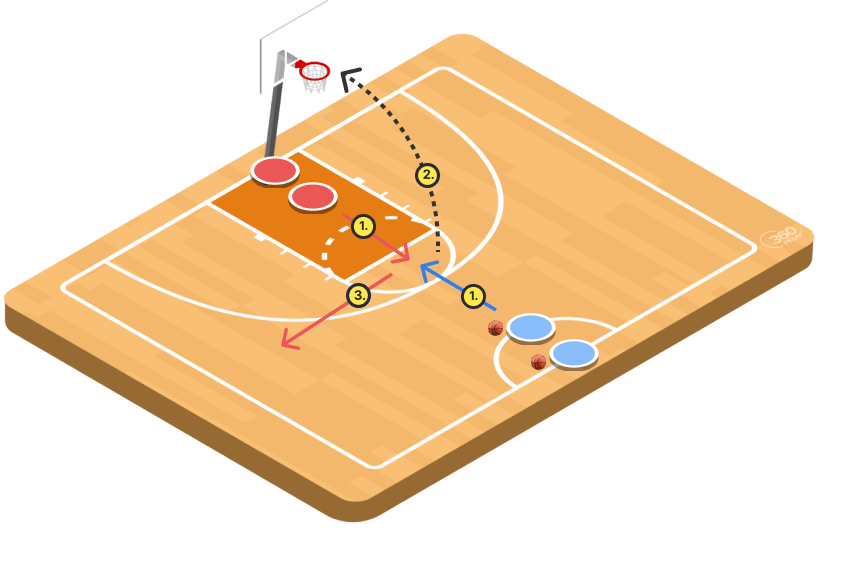 This drill was taken from a Duke University practice session and works on contested pull-up shots in transition.

-Offensive players should run hard into their shots. Coaches may implement a 2-3 dribble limit to assure players really run with the ball.

-Defenders should not try to block the shots. This is a warm-up drill to get players moving on both ends and to simulate 1v1 transition shots.

-Players should work both mid-range and 3pt shots. Shots may be taken on wings as well. Coaches should set lines accordingly.