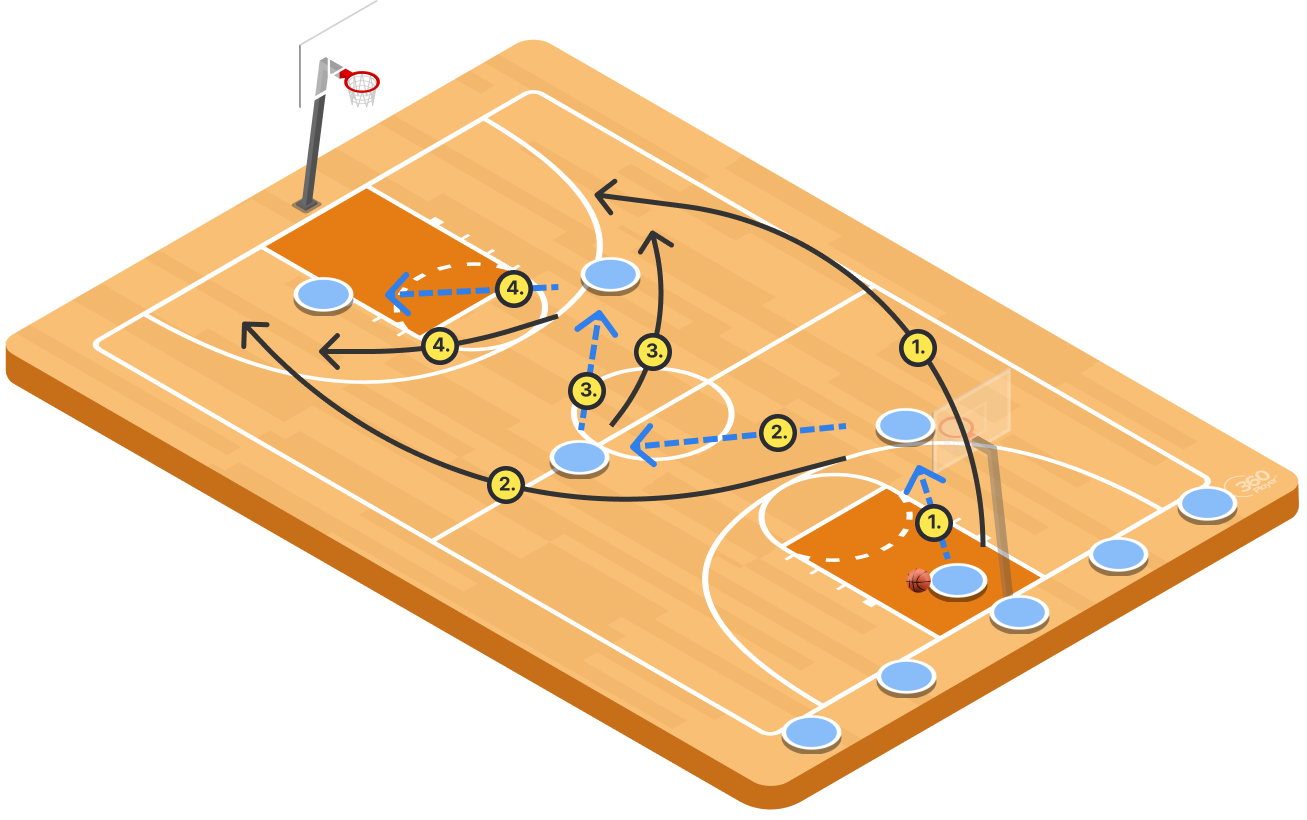 The Five-Man Weave is another great warm-up to get the whole team moving up and down the court in unison and finishing on the break.

Form five lines on the baseline: one in each corner; one just outside of the paint on each side; and one in the middle, underneath the basket. The first player in the middle line starts with a ball.

-All players should get one touch on the ball before the finish, typically no more and no less.