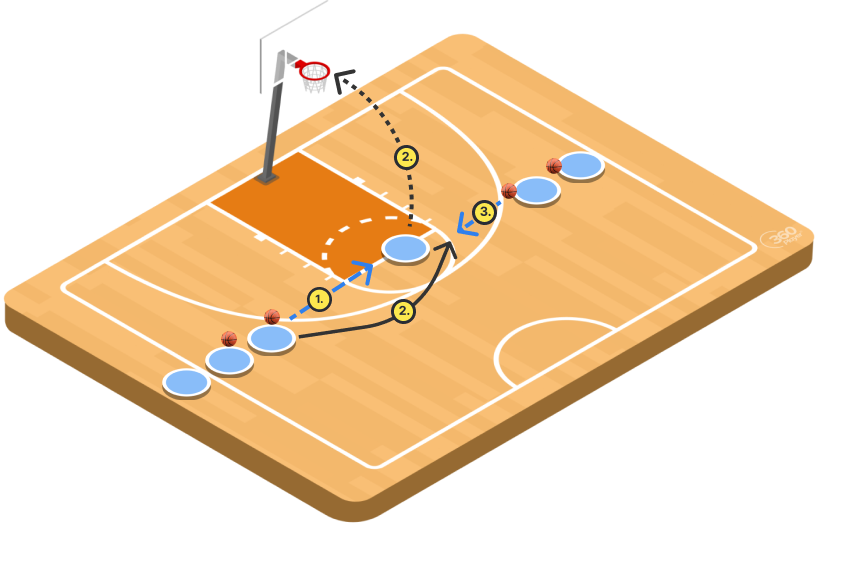 This drill was taken from a Bucknell University practice session. Two-Line Shooting will get players communicating, moving to the ball and shooting quickly off the catch and dribble.

-Encourage shooters to run with their shoulders low and hands ready to catch. Players should call for the ball as they get to their spot.

-The shots can be taken from anywhere. Coaches may set up the lines accordingly.

-Coaches can run the drill for a specific time period or up to a set score. A good place to start is 10-20 makes for each progression, depending on the age and skill level.