What Is A Fullback?

A fullback in football, also known as an outside back in a back four plays a critical role for most teams in both defending and attacking situations.

Why Are They Called Fullbacks?

The term fullbacks originates back to earlier days in football when the 2-3-5 formation was commonly used. In this arrangement the two players who were all the way back or ‘fully back’ were referred to as the fullbacks. The three players in front of them were considered to be ‘half way back’ or halfbacks.

As the game of football evolved, back four systems become much more common and the outside backs retained their names and numbers while the half backs became the inside backs. 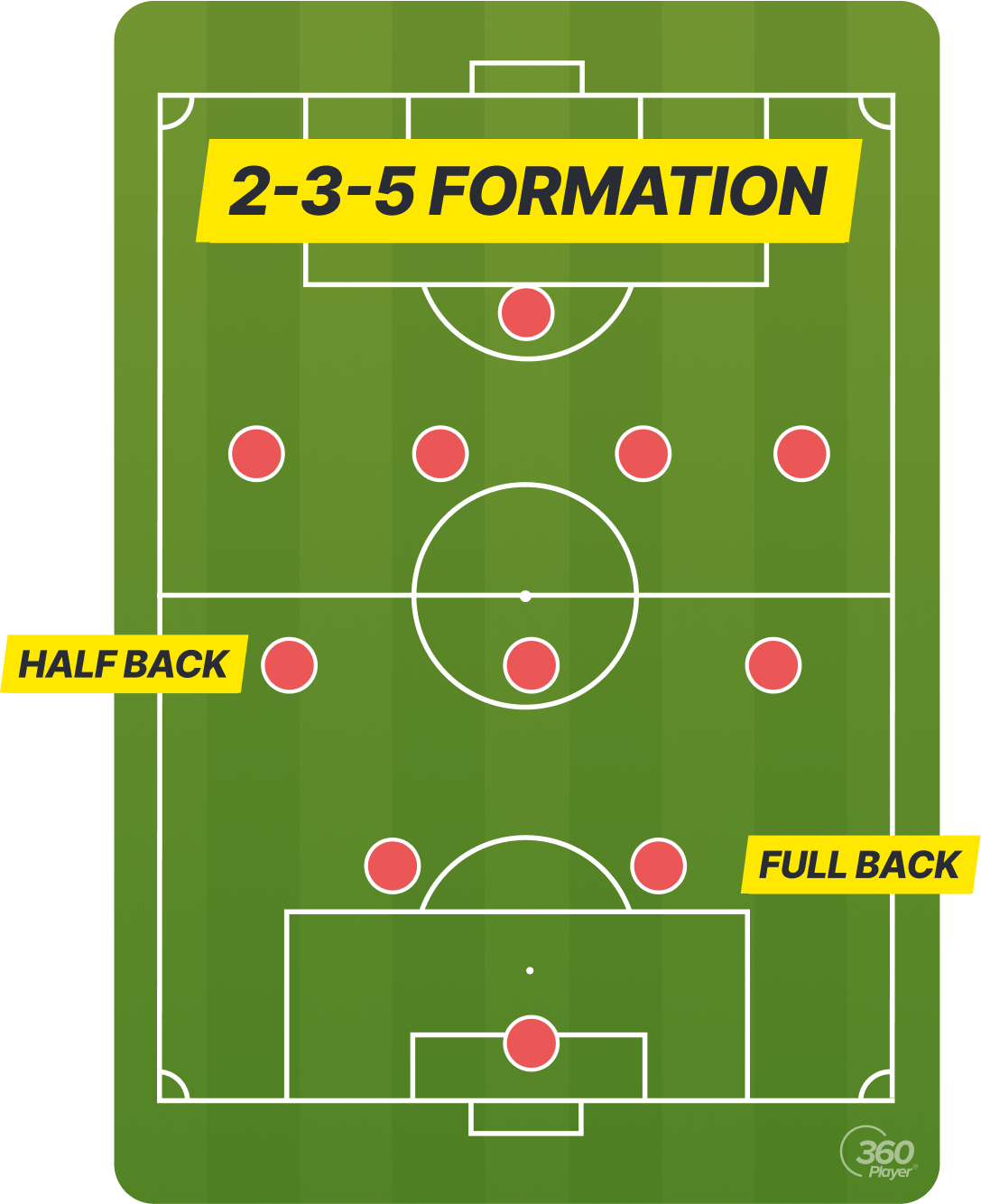 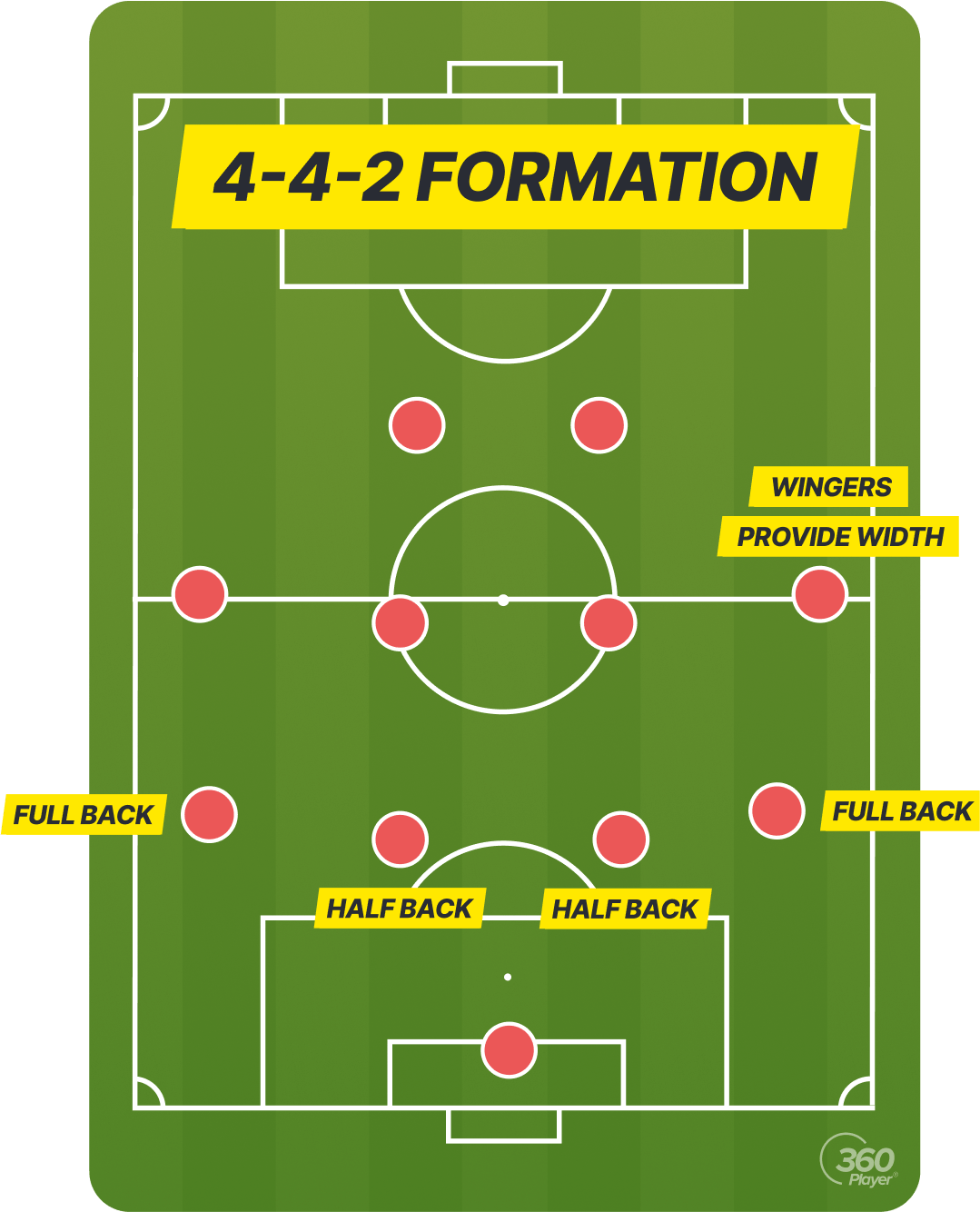 In a 4-4-2 system, width is provided by the wingers. In this system the fullbacks primarily provide defensive cover and help play the ball up to the wingers in attack.

In common modern systems such as the 4-3-3, the midfield players stay much more central which means fullbacks that can attack on the wings are a huge asset because they can provide width in attack in formations where no other players are naturally wide.

What Is An Inverted Fullback?

In recent years, some professional teams have started using their fullbacks in a more central area when building out of the back. This was popularized by legendary coach Pep Guardiola at Bayern Munich and Manchester City with the likes of players like Philip Lahm pushing into midfield to aid in building an attack.

When fullbacks push into the midfield area aside a holding midfielder, the formation often starts to resemble a 2-3-2-3 formation or something similar to the old 2-3-5. With more defensive cover in the central area, this allows attacking midfielders to push higher up the pitch and cause more problems for opposing defenses. 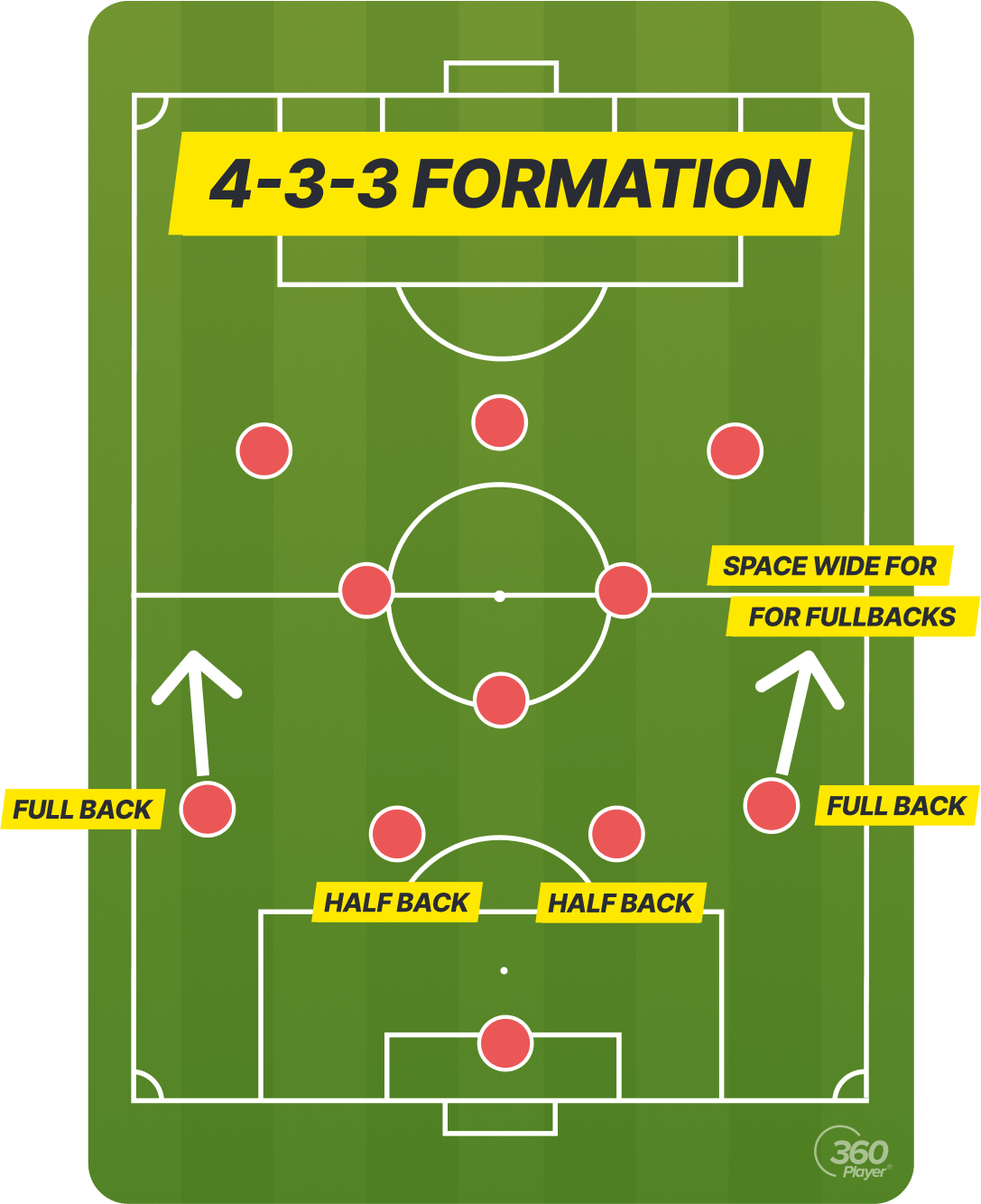 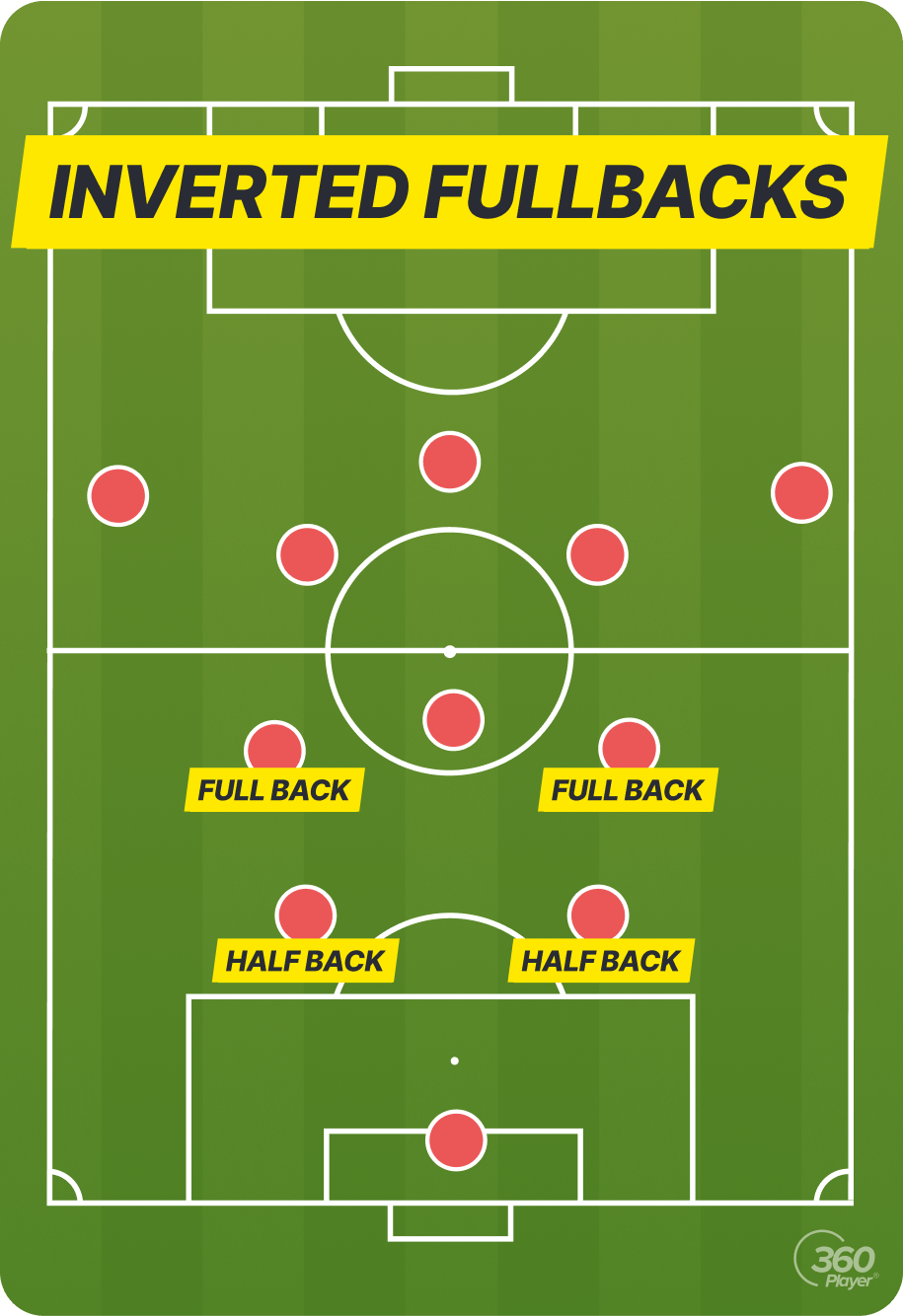 Here’s an excellent video from Tifo Football covering in depth what we’ve gone over so far:

Compactness In The Middle

With fullbacks pushing into the central midfield areas, teams have an advantage when the ball is lost in the middle. The extra numbers provide compactness and make it easy to swarm the ball quickly when need be.

Potential Weakness Against The Counter

Fullbacks need to have a high level of game awareness and preferably great pace for a team to succeed with this tactic. With the fullbacks pushed up and in, a team can be vulnerable to speedy counter attacks down the flanks. If fullbacks can anticipate these potential threats and recover when needed, it can help minimize the risks.

Numerical Superiority In The Middle

Having lot of players in the middle of the field when building an attack is a preferable strategy for Pep Guardiola. Dominating an opponent in the middle third is key to moving the ball into the attacking third and this becomes easier with numerical superiority and lots of passing options.

Open Up The Wide Areas

With fullbacks coming more inside, that leaves a lot of open space on the wings, especially if opposing wingers track inside to follow the fullbacks. This can leave the opposing team’s outside backs alone on the flanks without support from futher up the pitch.

Build Up Play With One Inverted Fullback

We recently sat down with Huddinge IF head coach Kiarash Livani who says inverted fullbacks play a vital role in his team’s strategy against many opponents. In his system, his left back played as a holding midfielder in the previous season and has excellent ball control and distribution skills. Because of this, this player plays the traditional fullback role in defense while pushing up as an inverted fullback in attack.

This Is Important For Build Up Play

Kia says one of his team’s key philosophies is that they always want one more player in the back line during the build up phase then what the defending team is pressing with. When facing a team with two front runners, it’s perfect for the left fullback to push up and into the middle while the remaining three defenders shift over forming a three at the back set up.

Getting Through To The Final Third

Having the extra fullback in midfield makes it more difficult for opposing teams to press the midfield because there’s now an additional passing option to help keep control. If the opposing wingers follow the fullback and tuck in towards the middle, that creates a passing lane out wide to play to the attacking wide players directly.

Coach Kia said one of his team’s strengths was having strong wingers who are good in 1v1 situations. Creating situations where his back line players can play directly to the wingers is very advantageous for his team.

Another great thing with inverted fullbacks is that it allows the attacking midfielders to push forward into the attacking line. With the usual 3 attackers, plus two offensive midfielders pushing up, a team can create a 5v4 situation against the opposing back line.

Whatever offensive tactics you choose, the goal is to put your players in great positions to allow your team to move the ball into dangerous areas and create goal scoring chances. Inverted fullback tactics certainly are not the only way to build an attack, but if you have the right players for it and everyone knows the strategy, it can be a great tactic to use in the modern game.