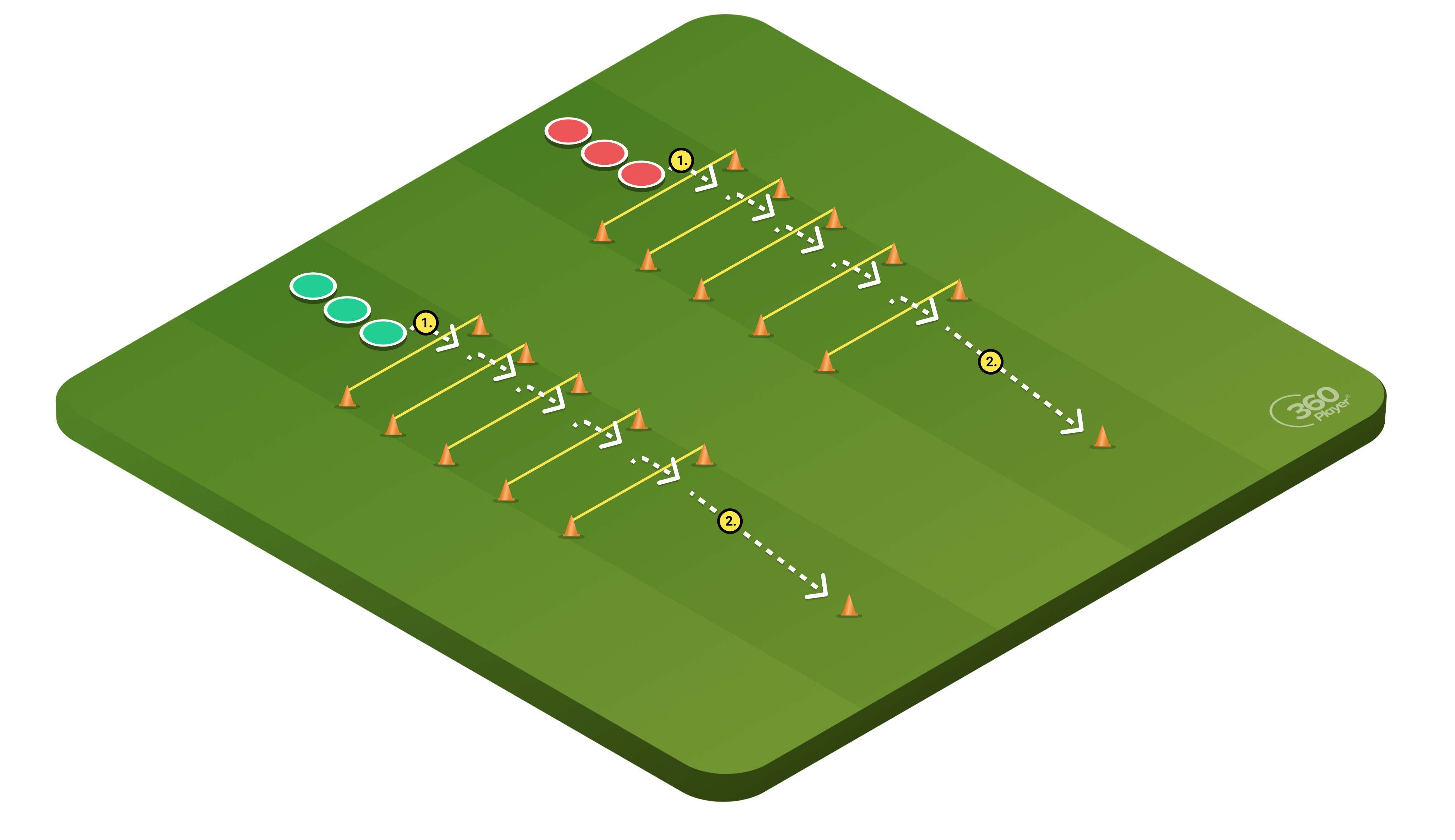 The basic plyometric warm-up is a great way for players to work on speed, strength, and balance at the beginning of a training session.

First set up cones and plyometric sticks for players to jump over with several rows to accomodate the number of players on your team. Then after setting up the plyometric sticks, place cones 5-10 m away from the last sticks in each row as shown in the diagram.

Players perform different movements going over and around the plyometric sticks and then sprint explosively to the last cone to work on change of pace and speed. Be sure that players are warmed up a bit before going full speed and performing explosive movements.

Since players are already set up in lines, this exercise can easily be turned into a competition by turning it into a relay race between the teams.

This exercise also works great in conjunction with a dynamic warm-up due to the similar set up. Since it is good to have the players warm-up up a bit before going full speed, have players perform a few rounds at their own pace before breaking into relay competition mode.