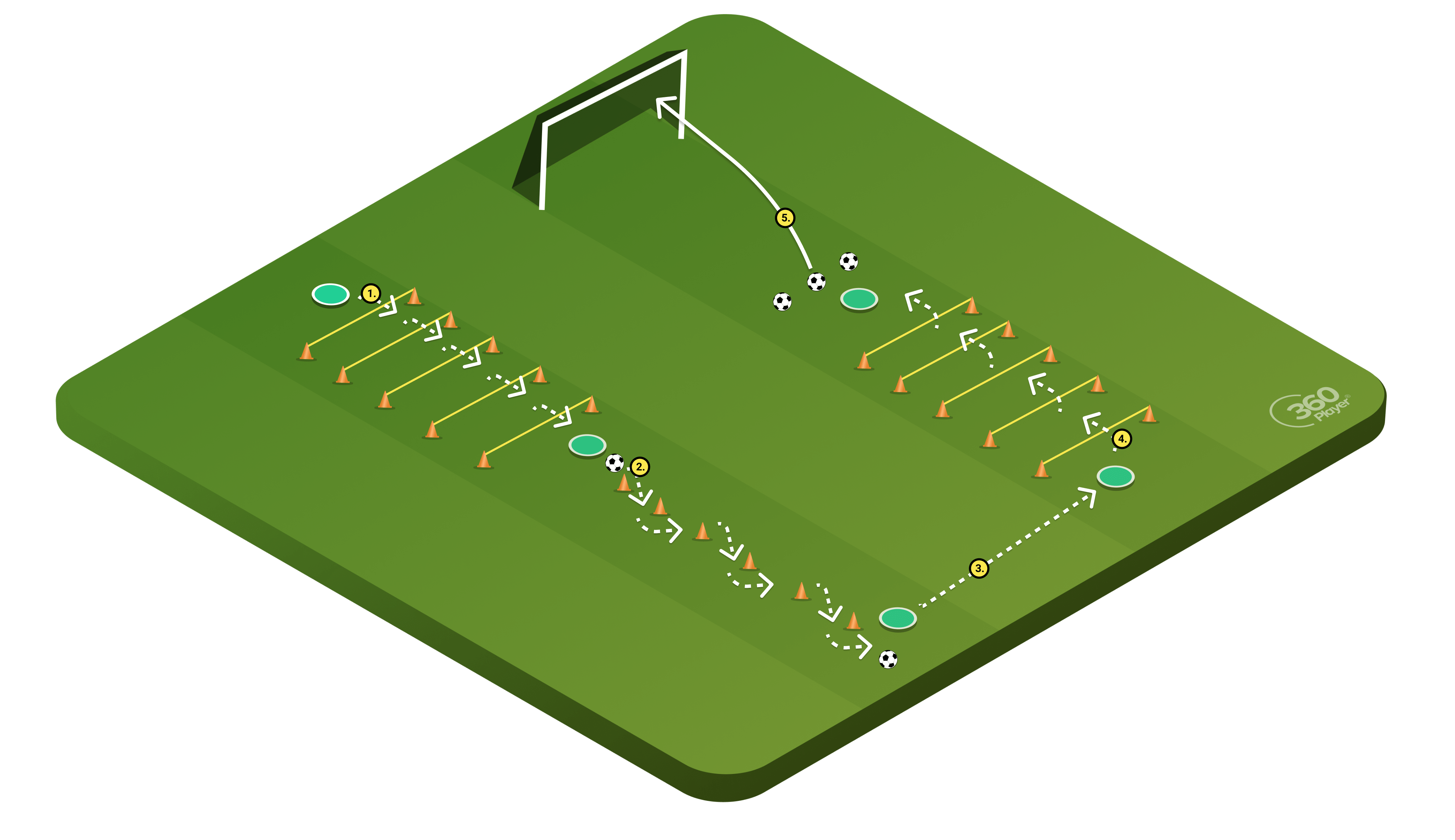 In this small circuit players perform plyometric exercises in addition to working on basic dribbling and shooting skills.

Create four small areas inside of a 25x25 meter area. In two areas diagonally across from each other set up cones and plyometric sticks for players to jump over as pictured. In the other two areas create a straight line of cones in one and place a large goal in the other. Have a supply of balls ready by the large goal.

Perform multiple rounds and change exercises after every 2-3 rounds.