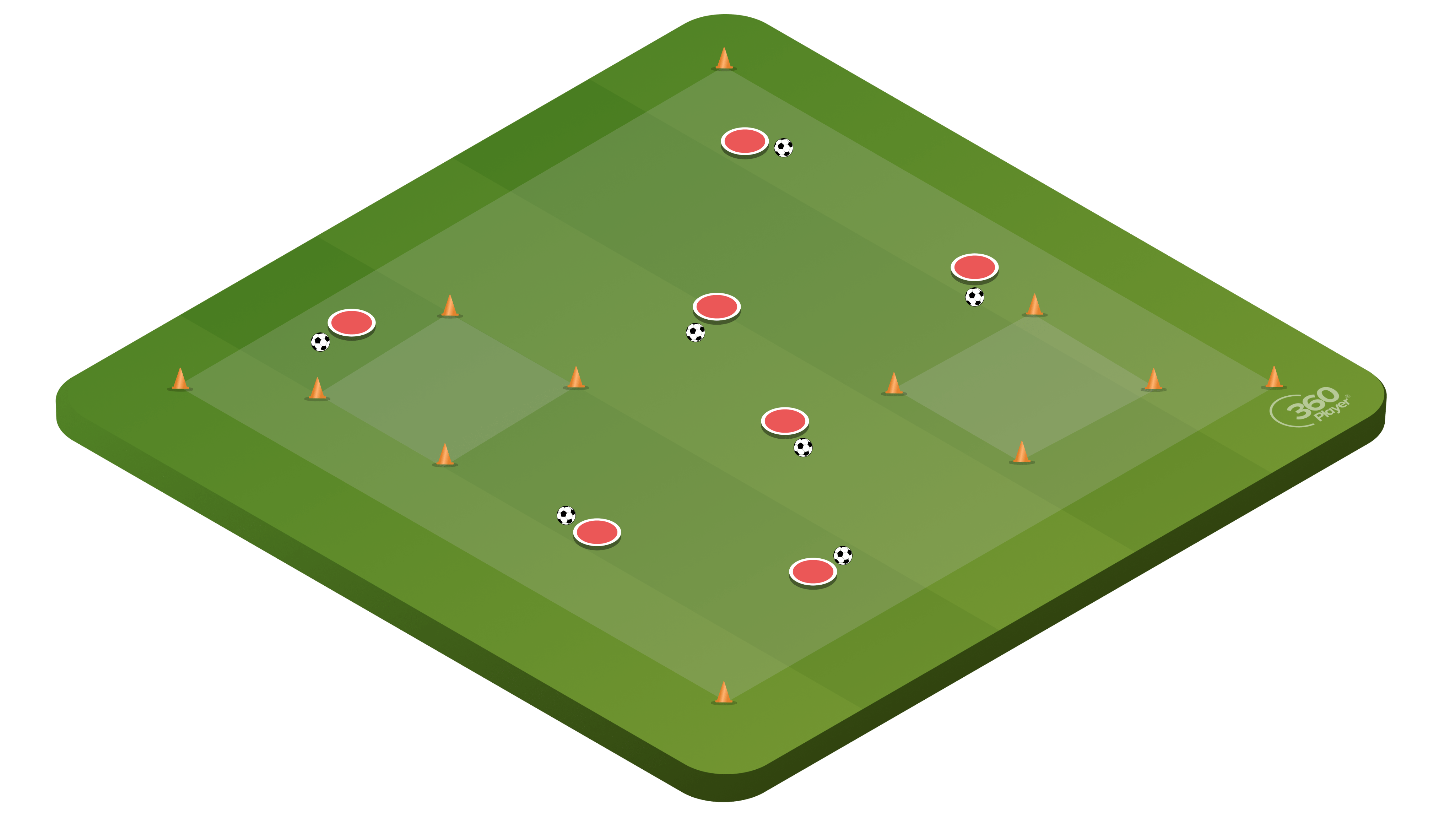 Create a large grid with several small 'safe zone' areas inside of it. Every player needs a ball for this drill.

Players start by dribbling around the grid randomly but can't dribble through the safe zones. On the coach's signal, players dribble as fast as they can to the nearest safe zone. The last one or two players to make it to the safe zone are out and practice juggling on the side.

Several variations of this drill can be played. In one variation, once a player goes out they can't rejoin the game until there has been a winner and the next game starts. In another version, the game is ongoing and players who are out can complete a task to get back into the game. Examples of tasks could include: