en
Sign in
Get a demo
Dribbling Drills
Soccer
Football 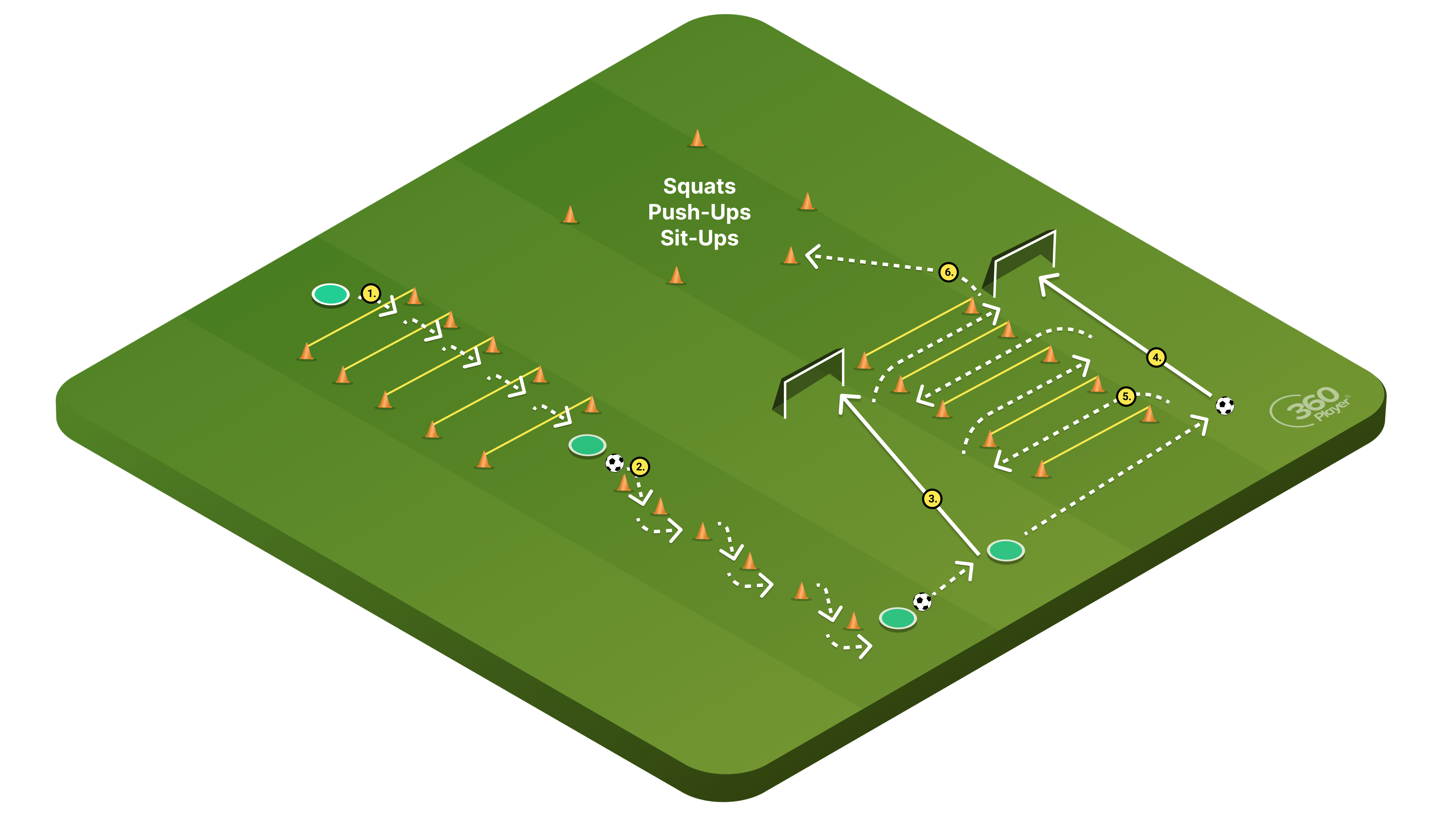 This exercise circuit is a great way for players to improve strength, stamina, and basic technical skills.

Create four small areas inside of a 25x25 meter area. In two areas diagonally across from each other set up cones and plyometric sticks for players to jump over as pictured. In addition, add some mini goals next to the plyometric sticks as shown. In the other two areas create a straight line of cones in one and a square in the other.

Players perform different movements going over and around the plyometric sticks and then slalom dribble quickly through the line of cones. Once they make it to the end, they dribble to the other side and finish a ball on either mini goal before performing another set of movements through the next set of plyometric sticks.

Once a player has made it through the second set of plyometric sticks they end at the last area where they perform a set of a strength exercise such as squats, push-ups, or sit-ups.

Perform multiple rounds and change exercises after every 2-3 rounds.