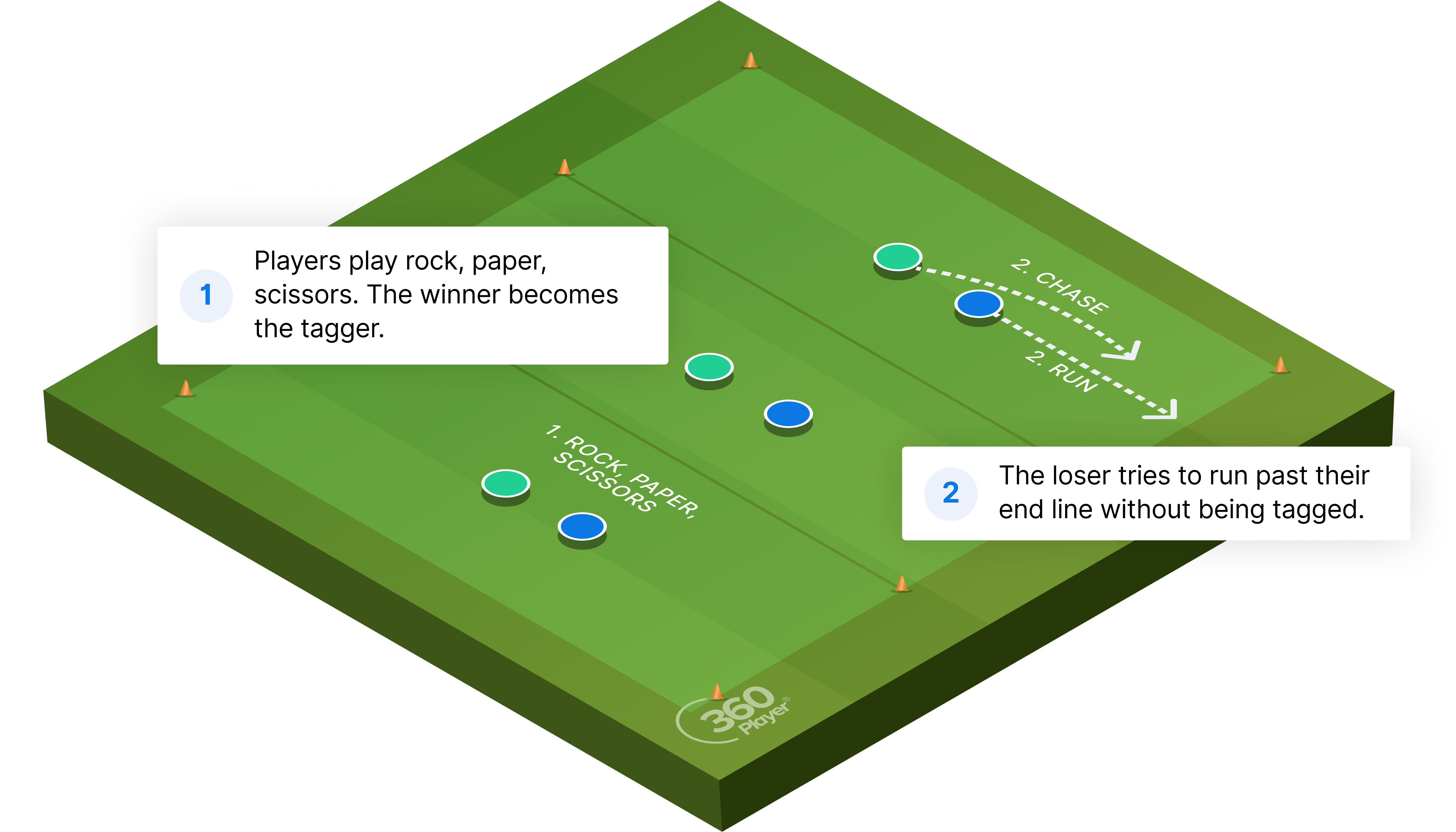 The set up for this exercise is relatively simple, create lanes for the drill as pictured above and then have players partner up.

Quick reactions and speed are the keys to success in this drill. Try to match players up with similar levels of quickness for maximum competitiveness. If you're doing this exercise with an entire team you could create a ladder where the winning player moves up to the next lane while the moving player moves down. After a few rounds, all of the fastest players will end up at the top of the ladder competing against each other.