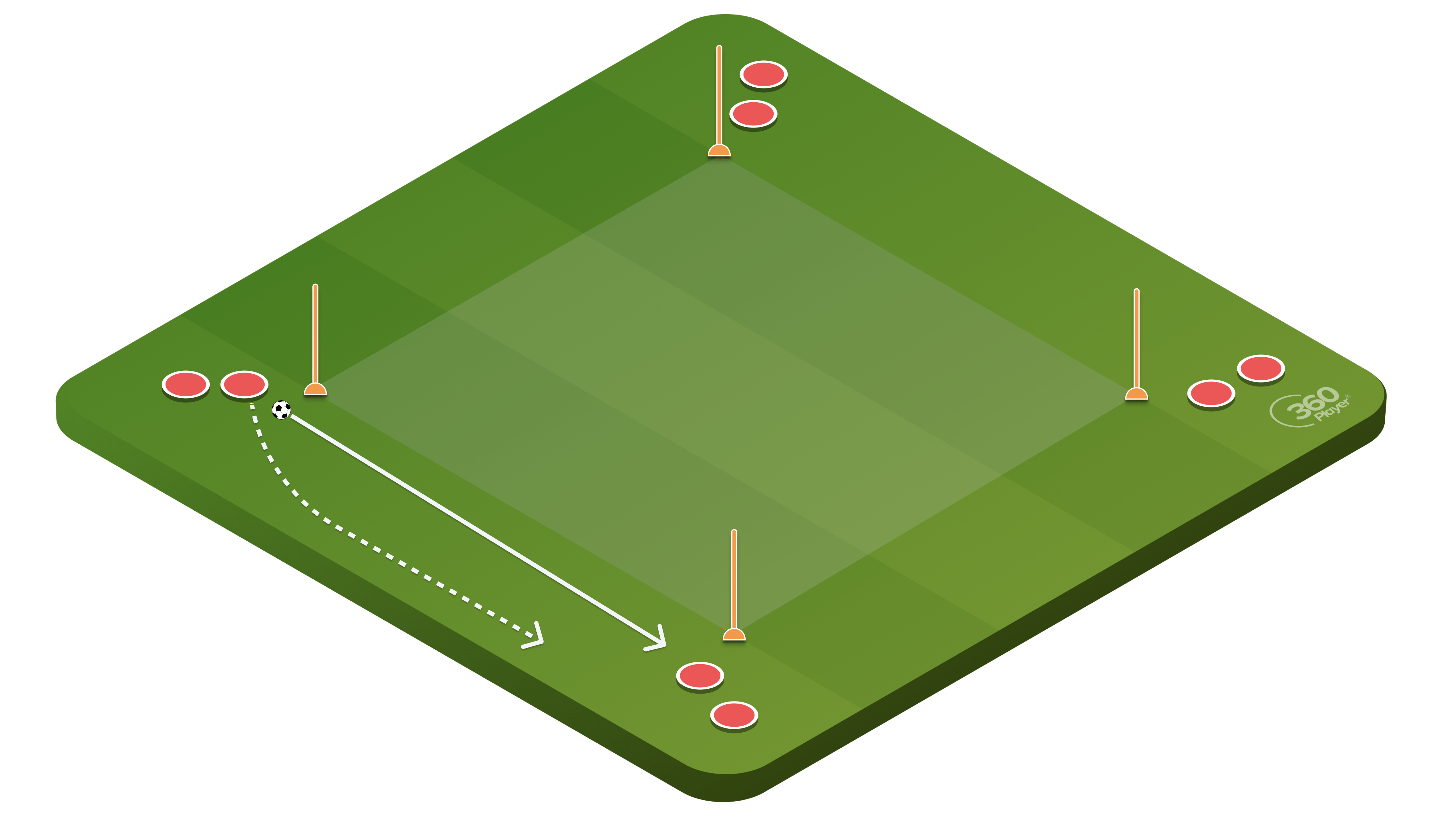 Create a square with a couple players in each corner. The first player in one of the lines needs a ball.

This set up can be used for many different variations of passing and moving. For the first and most basic variation players pass the ball around the square and follow their pass to the next line.

After several minutes like this, switch to a wall pass variation where players pass the ball to the next corner, receive a pass back, and then play a pass through to the same player who has started their run to the next line. This continues at each corner all the way around the square.

One more great variation is with third man runners. Just like the wall pass variation players pass the ball to the next corner and receive a pass back. Then instead of completing the wall pass they play ahead to the corner diagonally opposite them who then play it back to the player who has started their run towards them.

When players are passing around the square be sure to emphasize good technique. For the first variation players should do take two touches, the first to open up and recieve around the cone, and the second to play the ball in. With the wall pass and third man runner variations players should be able to work the ball around with only one touch.

As a rule of thumb, if there's more than three players in a line, it's best to build another grid so that there's not too many players standing around at once.