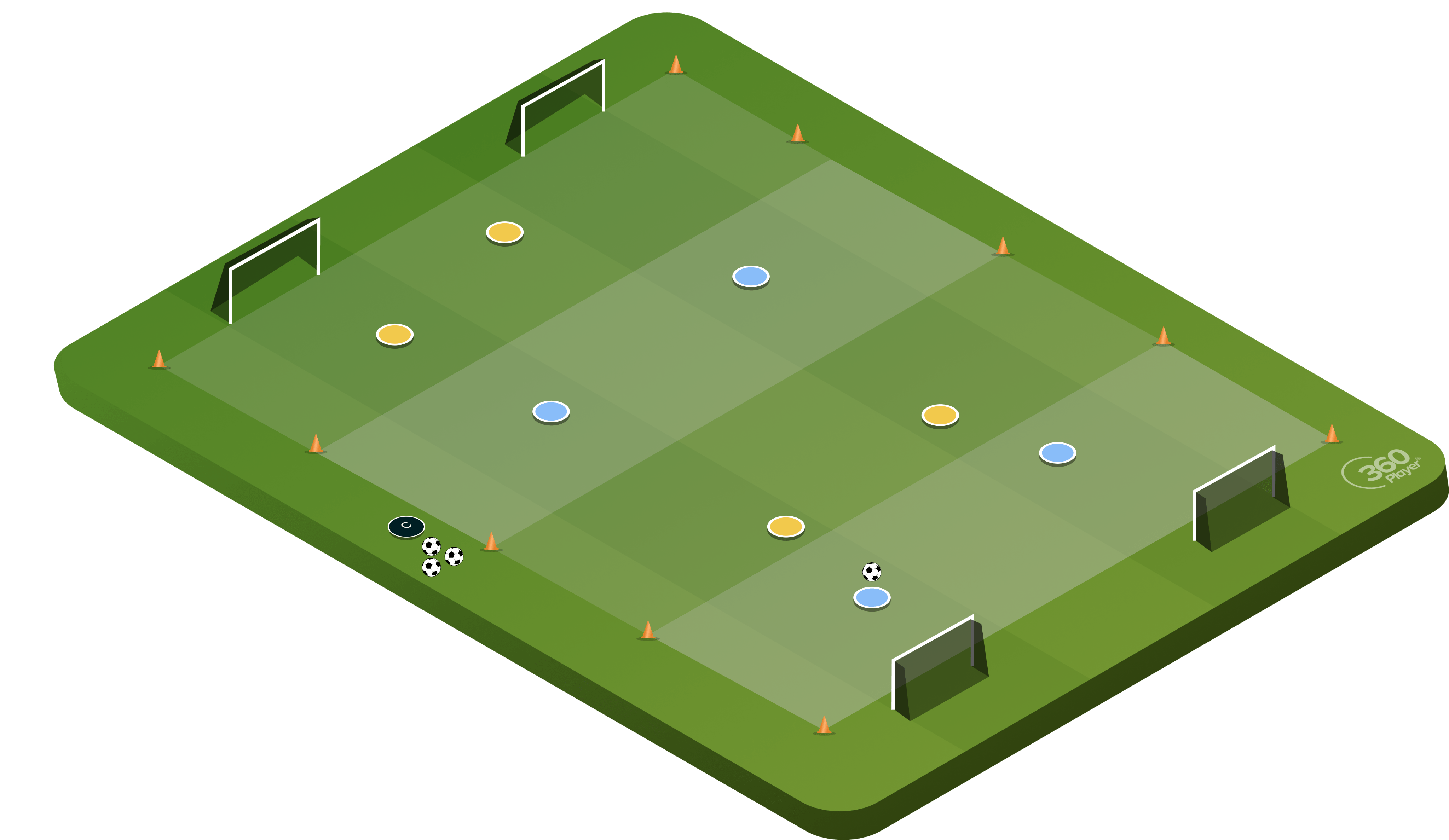 Create a playing area divided into four zones. At either end of the playing area place two mini goals. Separate players into two teams, one of the teams occupies the first and third zones while the other takes the second and fourth zones as shown in the diagram. This drill works best with two or three players in each zone.

One of the team starts with the ball in their defensive area. This is shown in the diagram with the blue team starting with the ball. Their objective is to play a through pass through the opponent's zone to their teammates on the other side. If they successfully complete this pass, their teammates then try to play through the final zone and pass into one of the goals. If the ball goes out of play, the opposite team can start with a new ball on the other side.

In the first variation of this drill, the players can play without pressure. To make it more challenging, a coach can allow a player from the opposite team to enter the zone with the ball to apply pressure.

This exercise is a great way for players to develop the ability to pass the ball through and look for openings in the defense. At the same time, a coach can place more of a defensive emphasis on this drill by having the defenders practice their movement and closing off the passing lanes for the attackers.