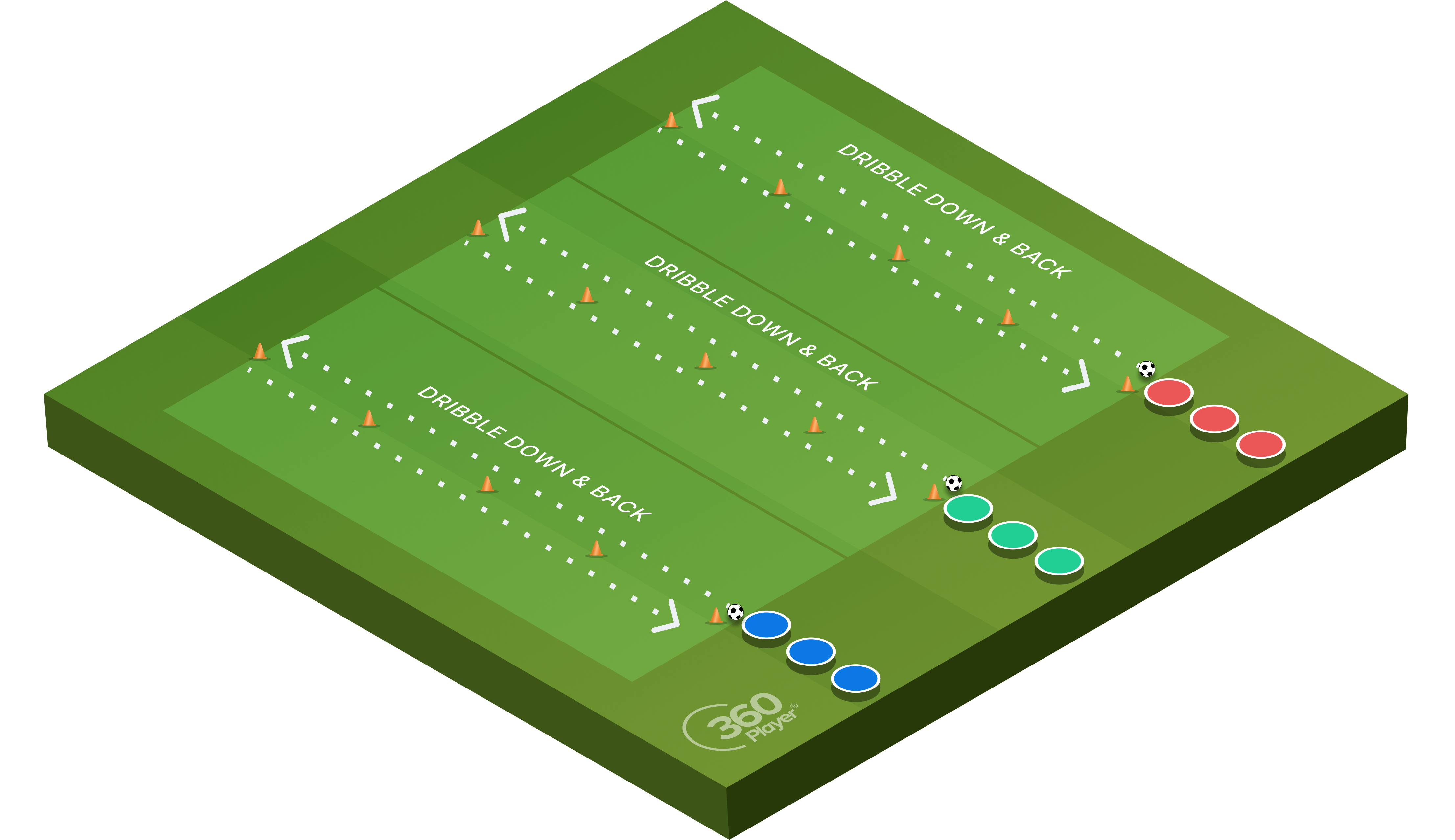 The dribbling relay race is a great way to train dribbling in a fun and competitive environment as players compete in teams to see which team can have all their players dribble to the other side and back first.

First set up cones for players to dribble around. An ideal distance is approximately 10m in total, however, this may vary depending on the age of the players. Once the grid is set up, separate players into even teams. If some teams have an extra player the teams with fewer players will have to assign someone to perform two legs of the relay, this way all teams perform the same number of relay legs. Each relay team needs one ball.

On the coaches signal players dribble as fast as they can around the final cone, turn around, and dribble back towards their line. Once they've made it all the way, they give the ball to the next player in line and then sit down to signify that they have completed their relay leg. The first team to complete all of their relay legs and have all their players sitting down wins.

This exercise can work great in conjunction with a dynamic warm-up because the players will already be in lines. It's also good to have the players warm-up up a bit before going full speed. With this in mind, it may be best to have players perform a few rounds of dribbling at their own pace before breaking into competition mode.