en
Sign in
Get a demo
Rondo Drills
Soccer
Football

Neutral In The Middle Rondo 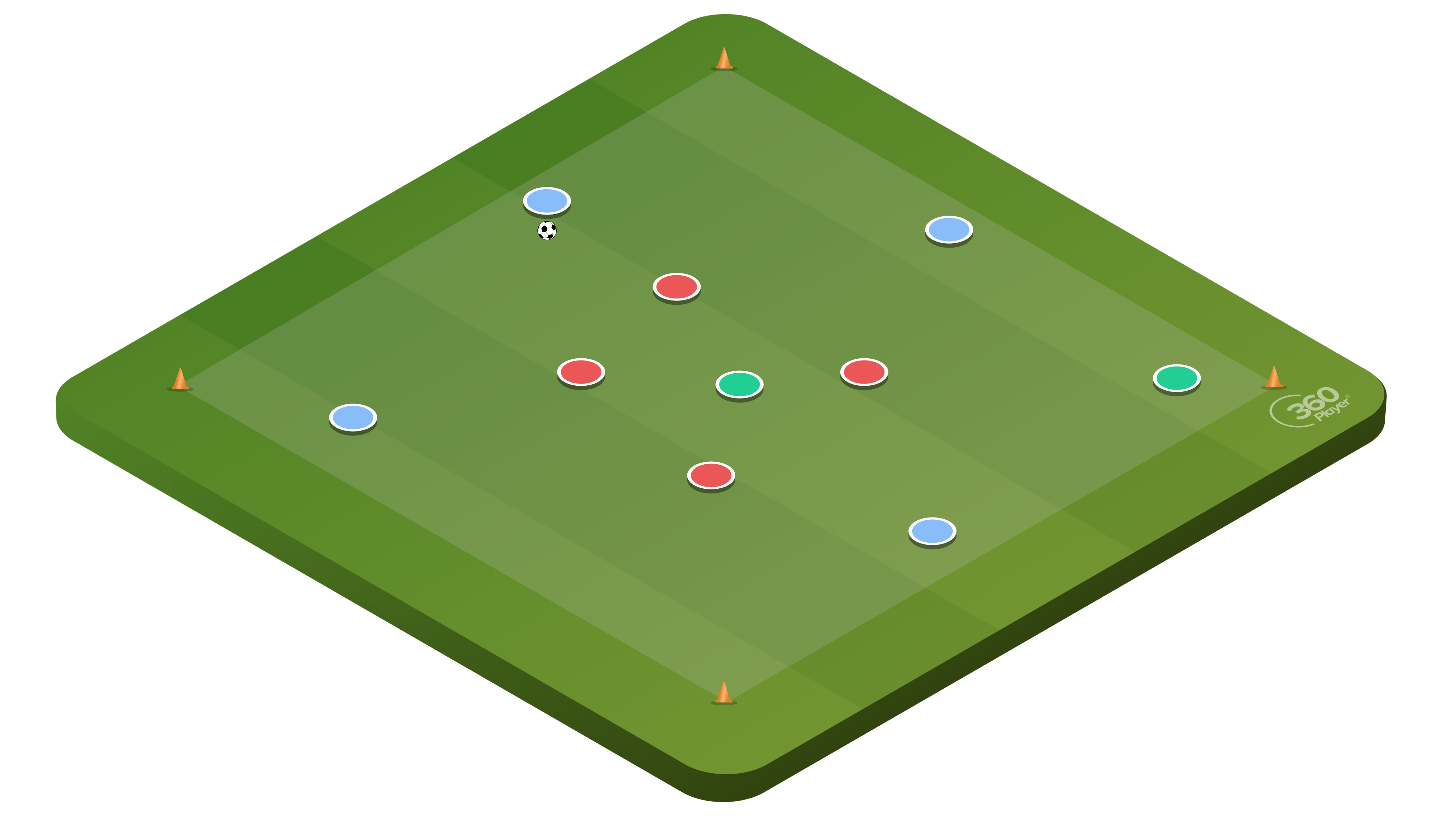 Neutral in the middle rondo is a keep away variation between two teams where one tries to play a ball into the middle and the other tries to win it.

The outer team moves the ball around and tries to play in to the neutral player in the center. If the defending team in the middle wins the ball they become the outer team and the game continues.

In general rondos are great to help players work on keeping possession of the ball and improve basic passing skills. In addition, this drill teaches players to quickly react to changes in possession and transition to the defensive mode as soon as the ball is lost.