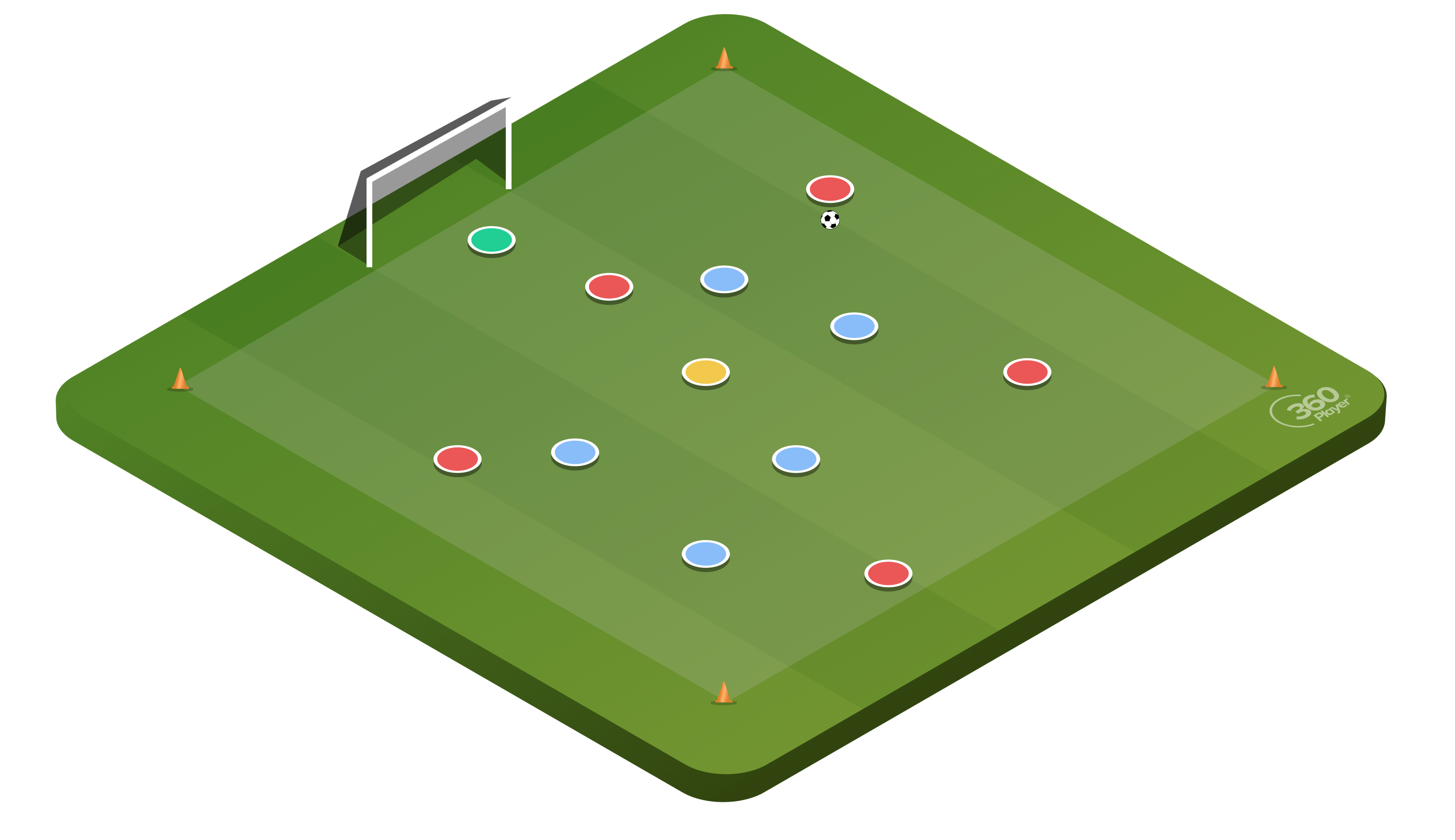 Create a large grid with a large goal and goal keeper at one end as pictured in the diagram.

Divide players into two groups to compete against one another. You can also include some neutral 'all time offense' players to help the teams in attack.

The two teams try to keep possession and complete passes against one another. Once the attackers complete a minimum number of passes or hold on to the ball for a certain amount of time, they can attack towards the large goal and try to score.