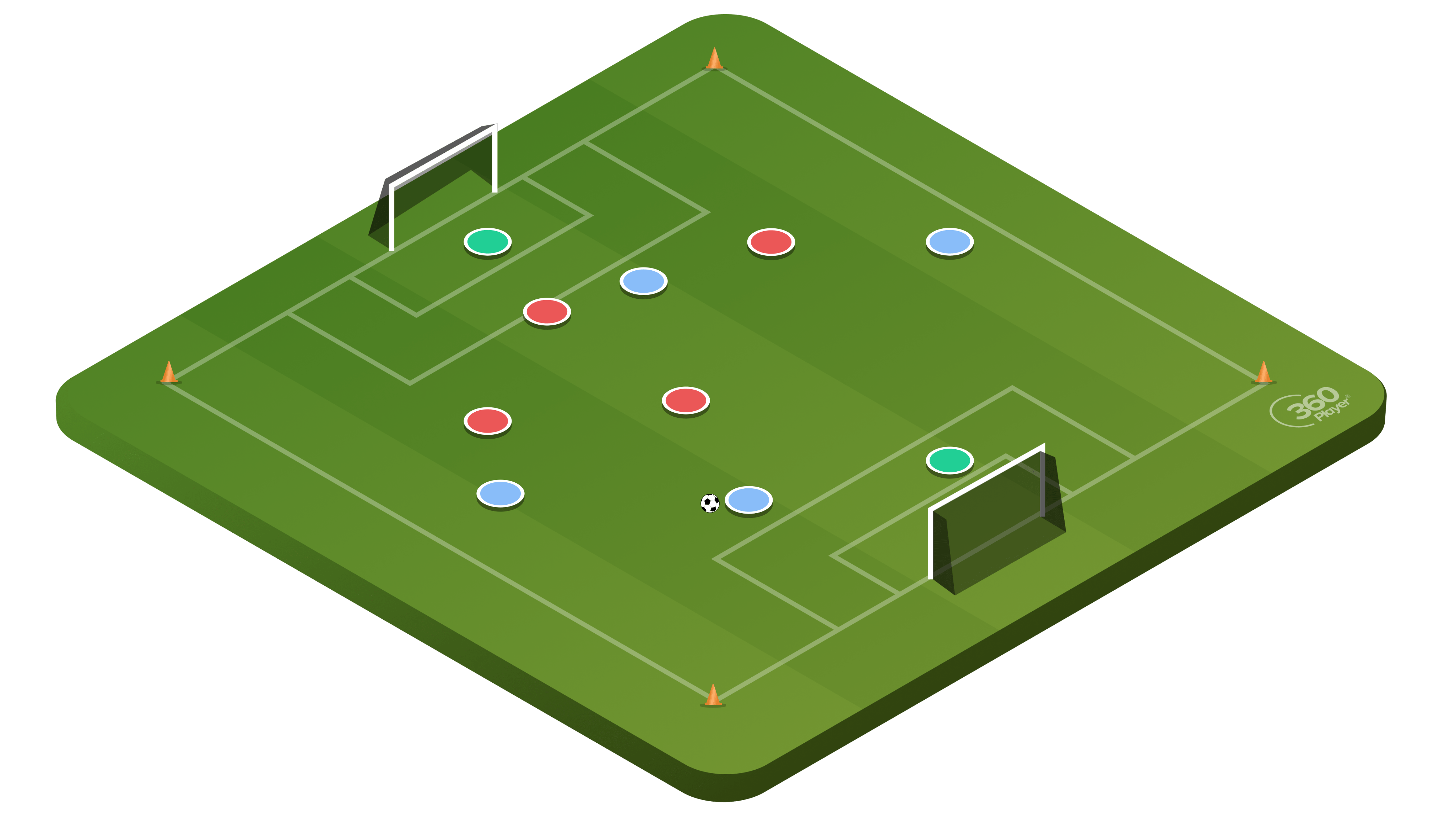 Create a field with a large goal and goal keeper on either end. In the absence of goal keepers this game can also be played with two nini goals on either side. Divide players into two even teams to compete against one another. Team sizes of three to five work best for this drill.

Players play a small sided game with all of the normal rules applying, the only exception is that before scoring, every player on the attacking team must touch the ball at least once. This encourages the attacking team to keep possession and move the ball around. It also promotes combination play.

To make this game easier for the teams to keep possession of the ball, neutral 'all-time-offense' players can be used. These players offer the team in possession a numerical advantage but don't need to be included in the 'everyone must touch the ball' requirement.

In order to get everyone involved in the attack, movement off of the ball is vital. Players can rotate and interchange positions to get free and create space. Communication is also important so coaches should encourage the teams to talk to each other.