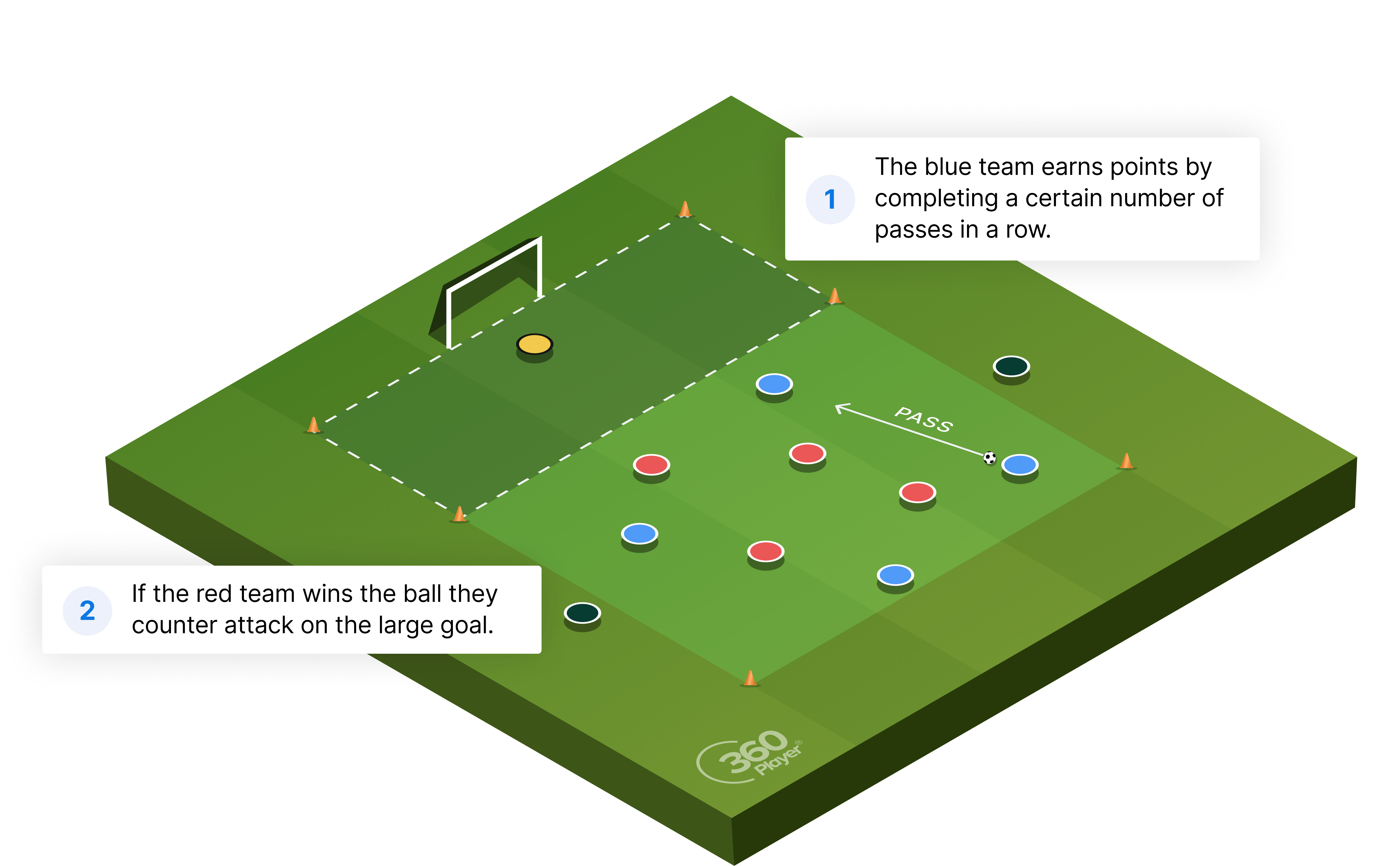 The Liverpool vs Man City drill is inspired by the contrasting styles of possession play from Manchester City and the quick counter attacking style of Liverpool. The team emulating Man City works to connect with one another and keep control of the ball where as the Liverpool inspired team tries to win the ball back and attack towards the goal quickly.

To make the game easier for the team in possession, neutral players can be used around the outside of the grid. In addition, a goal keeper is needed if you're using a large goal for this drill.

In the event that the Liverpool team wins the ball, they can attack towards the large goal immediately. The Manchester City team can bring no more than two players outside of the original area to defend the counter attack.

This is an excellent drill because it helps some players work on developing important passing skills and keeping possession of the ball where as the emphasis for the other players is speed of play and capitalizing on scoring opportunities.

Communication is very important for both teams whether on offense or on defense. The defensive team should be defending together and actively pressing to win the ball. When the Manchester City team is in possession, players who don't have the ball need to work hard to create passing angles for their teammates. Once the Liverpool team wins the ball, players can support their teammates by making runs forward quickly towards goal.

Players should be given the chance to work on both teams so that they can train a variety of different skills.