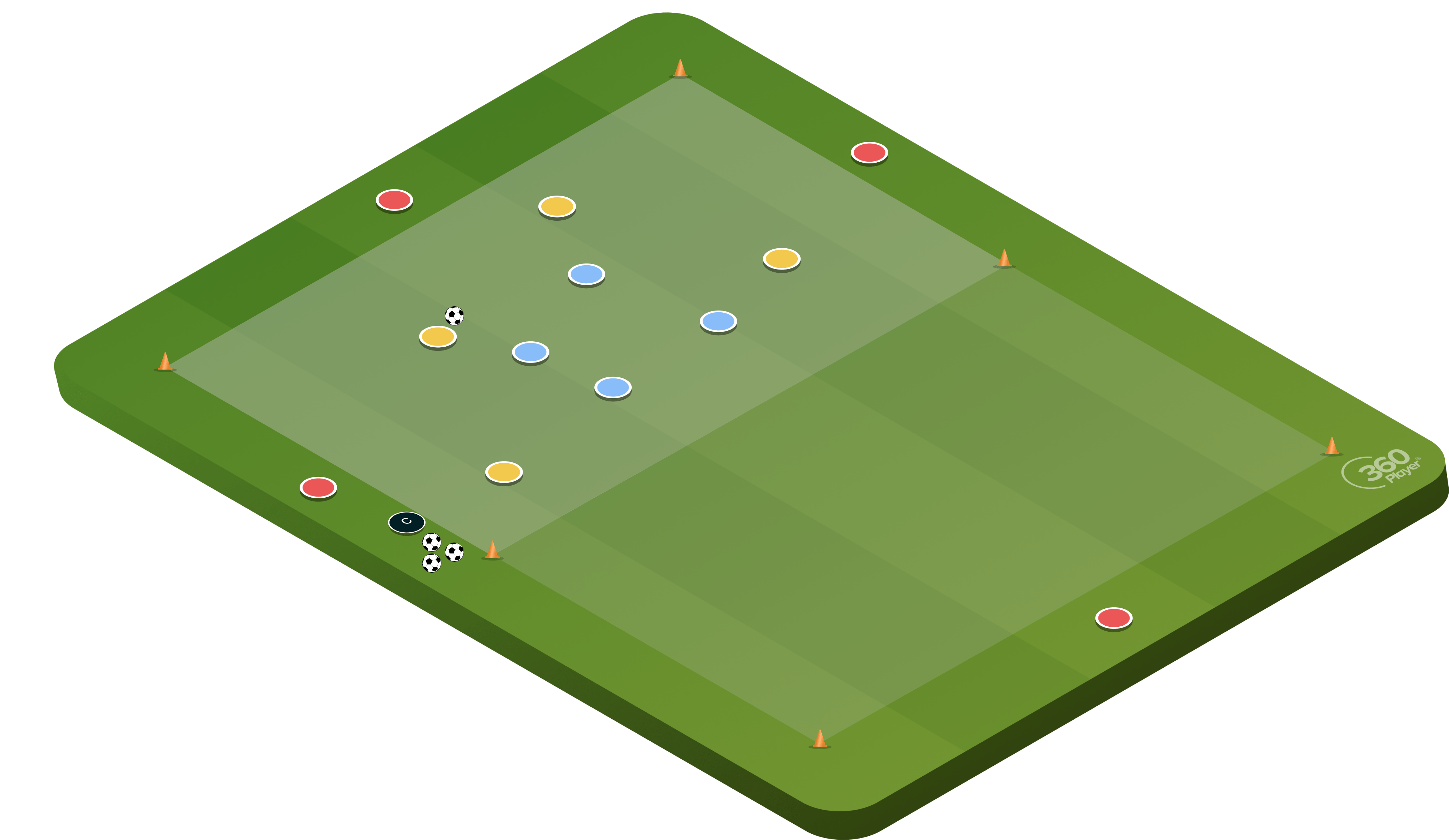 Press the possession is a possession based drill where emphasis is placed on defensive pressing when the offensive team switches the ball to the other side.

Create a large rectangular grid and divide it in half down the middle. On the ouside of the grid have four neutral players, each of which taking one side. On one side of the grid separate players into two teams as shown in the diagram. This drill works best with 3v3, 4v4, or 5v5.

The two teams play keep away from one another with the help of the neutral players. Once a team has completed a given number of passes, they can pass the ball to the target player on the opposite side of the grid for a point. When this happens, everyone shifts over to the other side of the grid to continue playing. The offensive team tries to maintain possession of the ball while the defensive team can initiate a press to try to win the ball back.

One of the great things about this game is that it is competitive allowing for both teams to have the chance to win the ball, complete passes, and earn points.

When a pass is completed to the other side that's the ideal time to make coaching points regading how you would like your team to press. The defense can try to make play predicatable by leaving one player or one space open and dictating where the ball is going to go. The team pressing needs to work together to press effectively by communicating, closing off passing lanes, and applying pressure at the right moment.