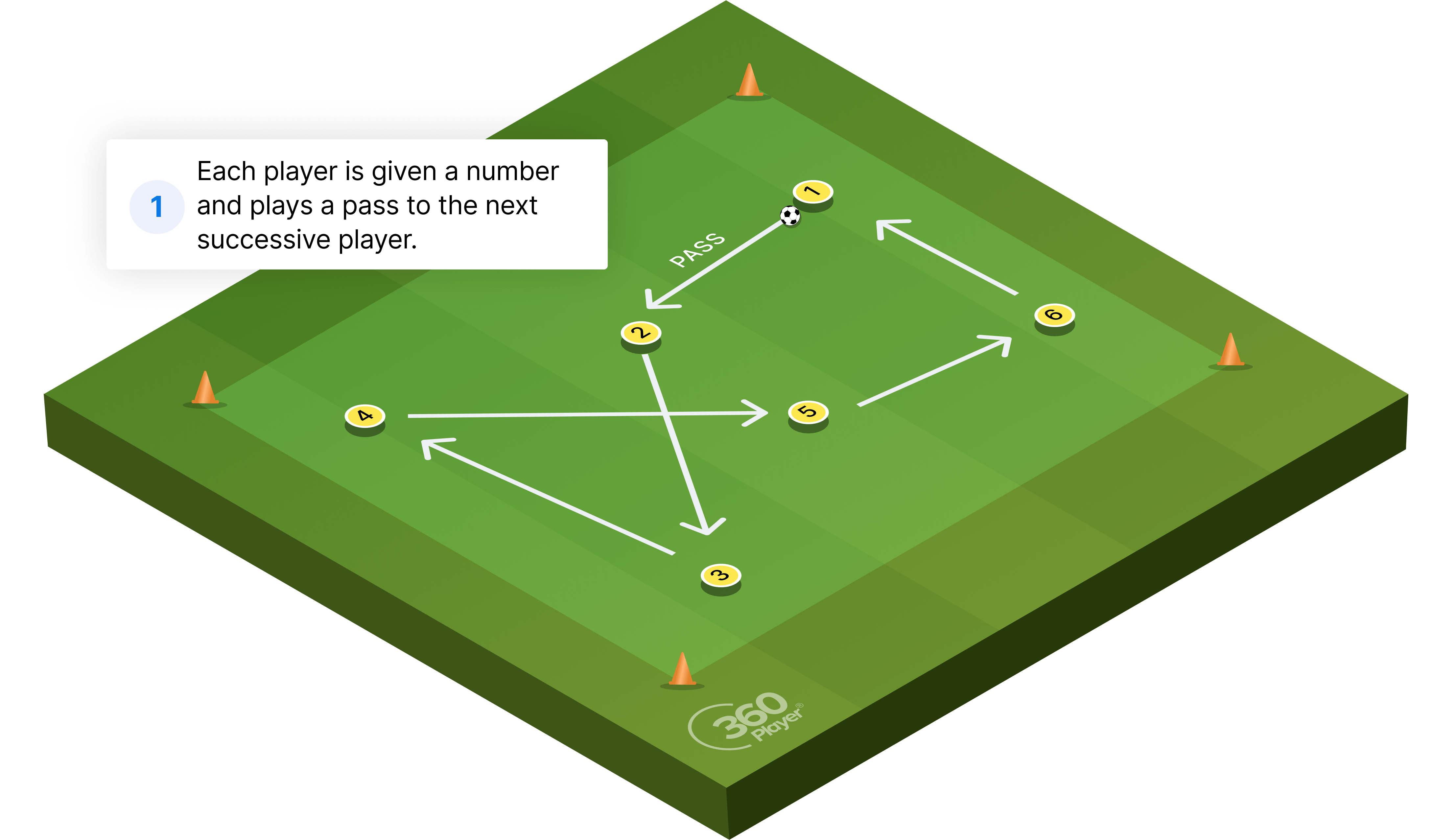 The numbered passing drill is a simple passing exercise that can be used as a warm-up or to help players work on passing and moving. In essence each player is given a number and passes to the next player in the sequence.

Create a large rectangular or square grid, then number players off so that each player has a number of their own. If there are more than six players total it's best to use multiple groups so that players can get more touches on the ball. It's okay to have multiple groups in the same grid for this exercise.

When using this as a warm-up drill it can be easy to incorporate dynamic movements by having players perform different locomotions around the outer cones after passing.

Communication and awareness are vital attributes in a football match and this exercise trains both because players need to be aware of where the next player is that they are passing to.