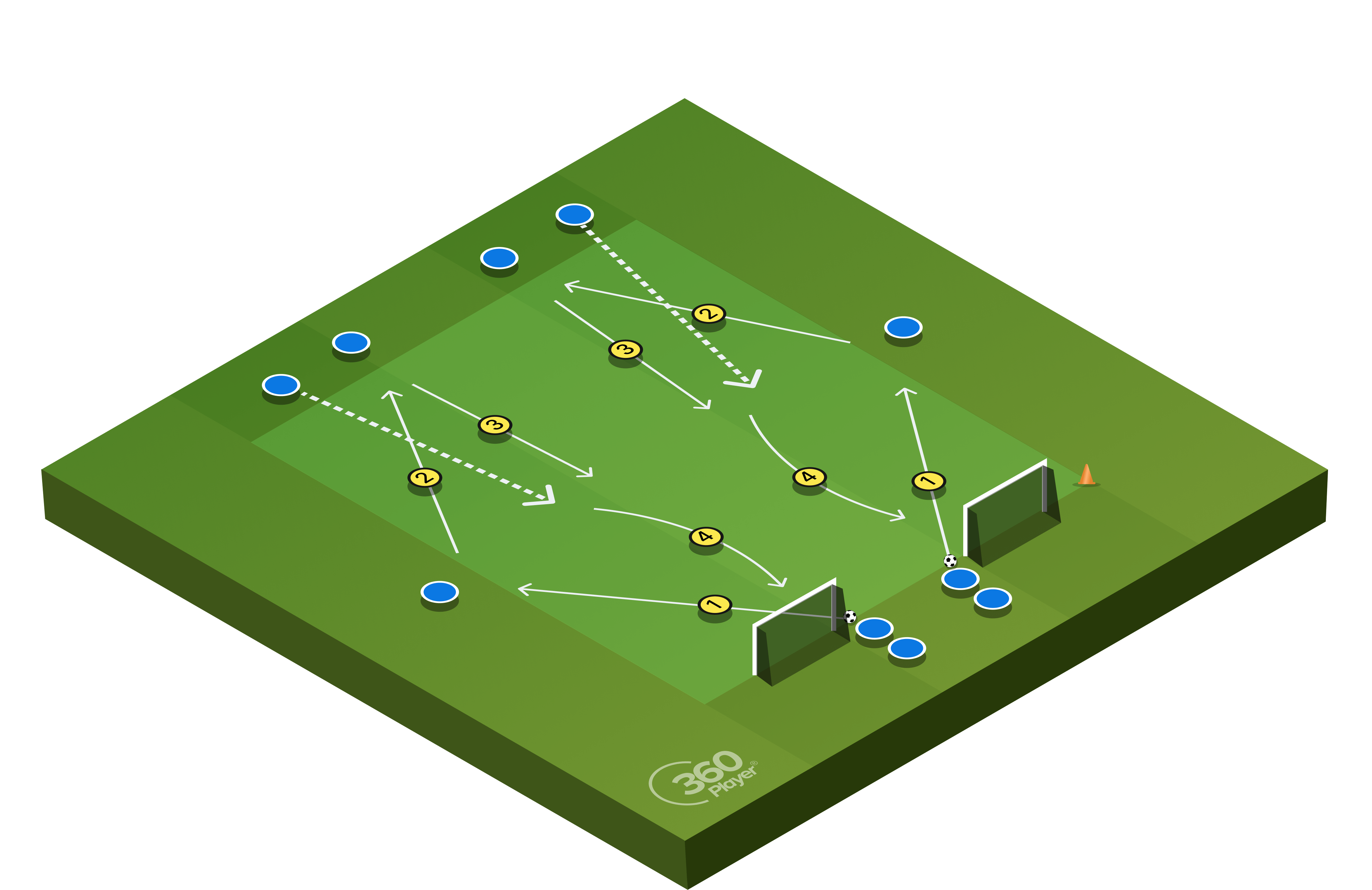 Passing with third man runners is a passing sequence that can be used to practice passing technique, work on combination play, or as a warm-up.

For this exercise position your team as shown in the diagram. One line of players starts next to a mini goal, one player starts at the side of the drill, and two players start at the top of the drill. The players in the starting line by the goal start with the balls. This diagram shows two groups doing the exercise side by side.

All players rotate to the position where they made their pass. The player who passes the ball into the goal rotates to the back of the starting line.

Communication and awareness are vital attributes in a football match and this exercise gives players an opportunity to work on communication skills by calling out the names of the players they are passing to.

In addition, in a match movement off the ball is vital and the run into space from the third man runner can help form this habit.