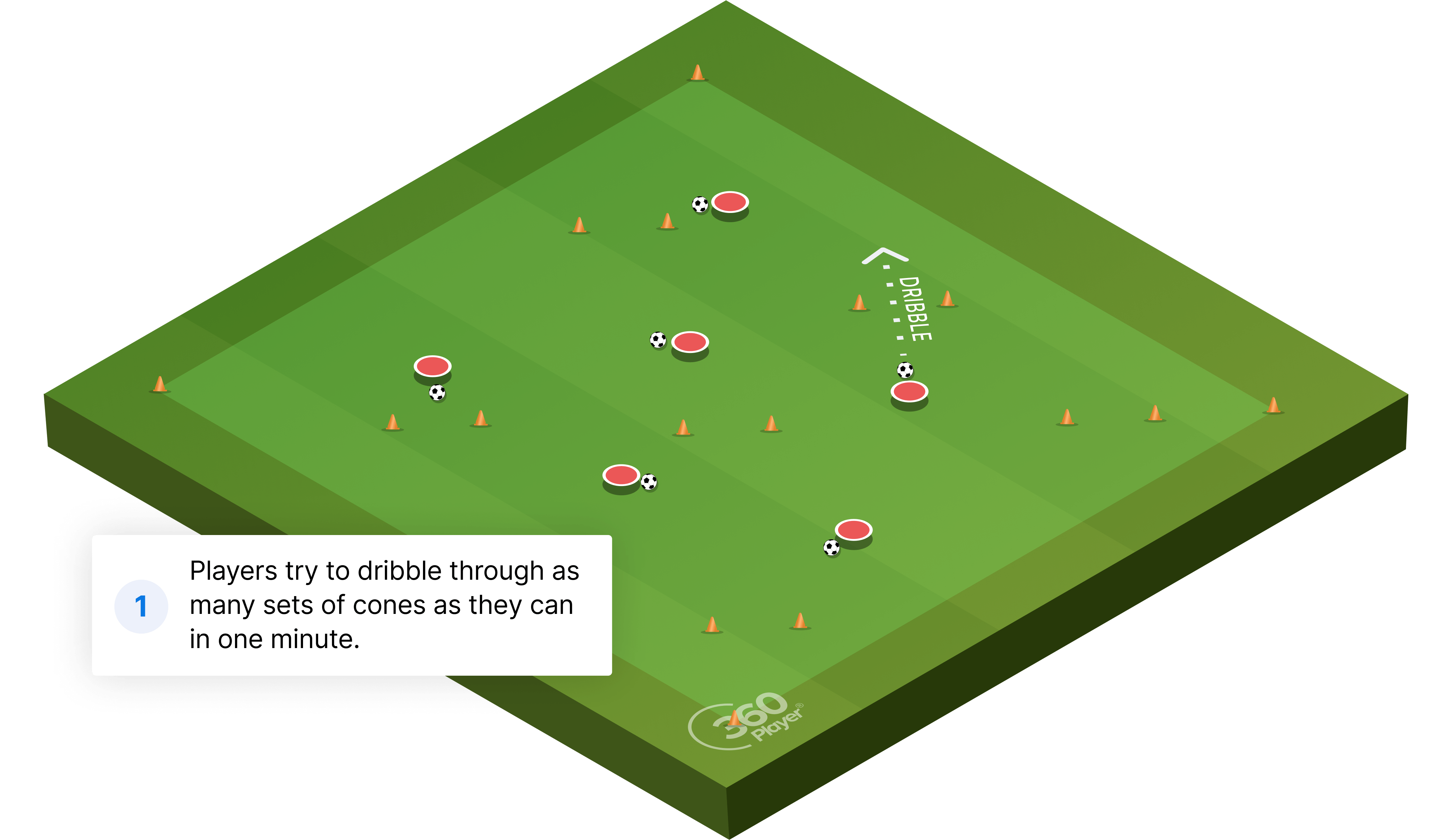 The speedy dribbling warm-up is a way to get players moving and practicing dribbling skills, ideally at the start of practice. It also creates a since of competition as the players can see who can dribble through the most cones in a given time limit.

Set up a large grid with cone gates randomly placed throughout. In order to do this drill, every player needs a soccer ball.

When using this as a warm-up exercise, have players start more slowly at their own pace before moving to the competition phase of this drill. This is important to avoid injury as it is not a good idea to have players dribbling at top speed without warming up first.

Coaches should be sure that players are using proper technique while dribbling. When dribbling at speed the outside of the foot should be used. Also check to see if players keep their heads up to see what is around them.

To add variations to this exercise coaches can put stipulations on the players such as 'left foot only', 'right foot only', or using different locomotions such as skipping or hopping during the warm-up phase.