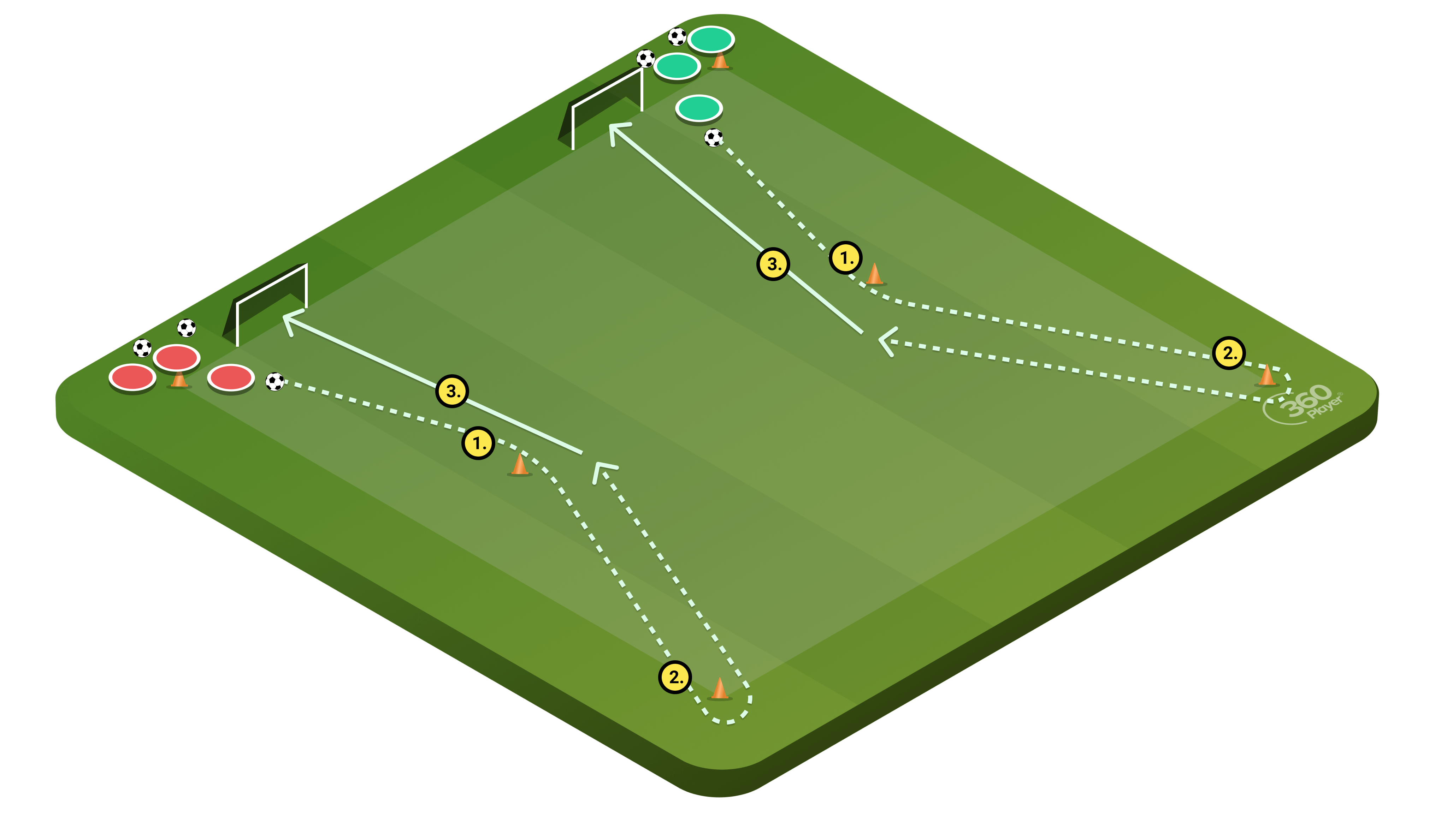 This exercise can work great in conjunction with a dynamic warm-up because the players will already be in lines. It’s also good to have the players warm-up up a bit before going full speed. With this in mind, it may be best to have players perform a few rounds of dribbling at their own pace before breaking into competition mode.

Another variation could be played where players pass to the next player in line once they’ve turned the final cone rather than playing with mini goals.