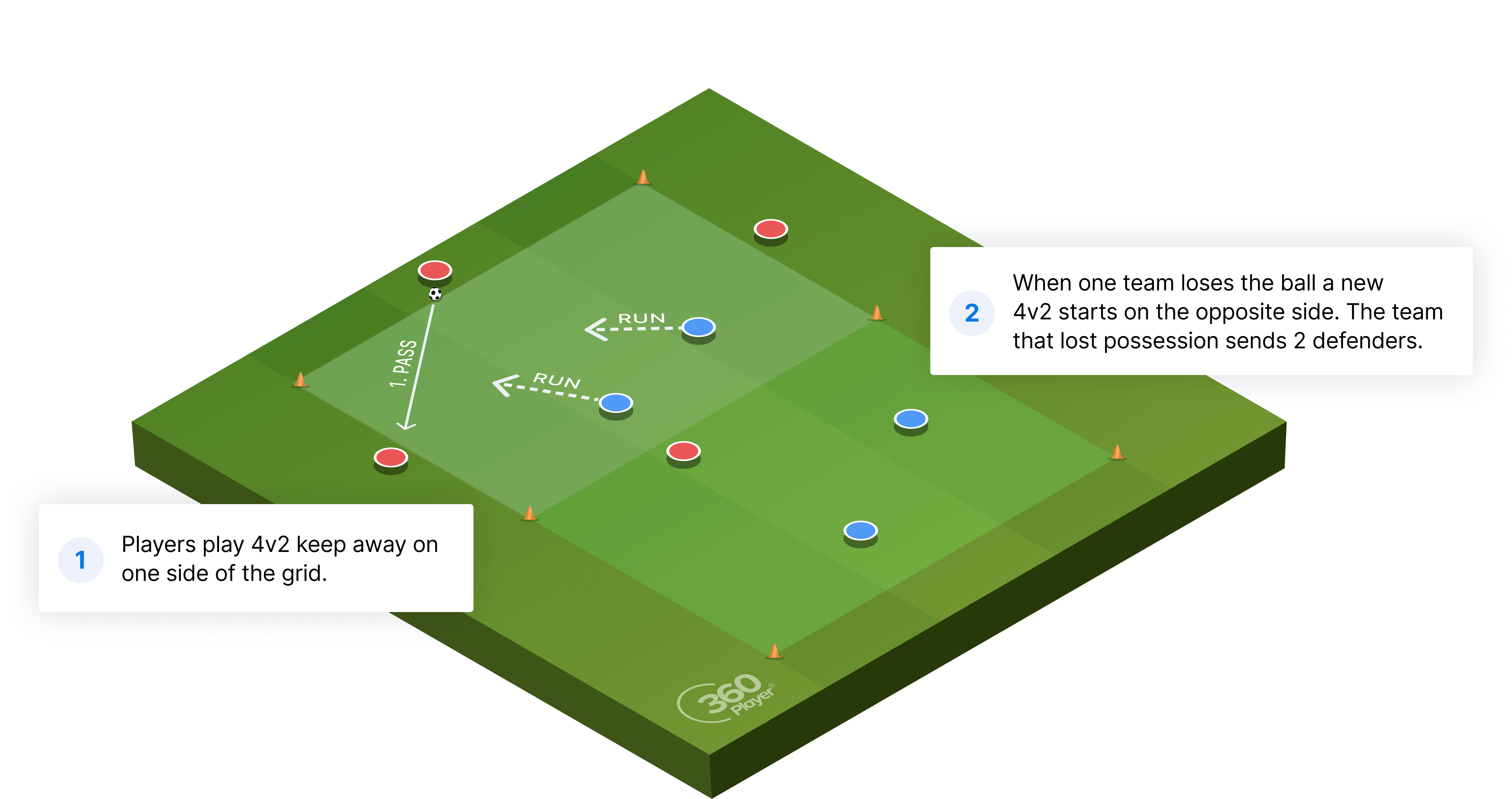 This rondo variation is played with two teams. When one team loses the ball or maintains possession for a given amount of time, a new ball starts on the opposite side. It's a fun spin on a traditional 4v2 rondo because the teams can compete against eachother to try to earn points and win.

Create a rectangular grid divided into halves to form two playing areas as shown in the diagram above. In addition, two teams of four players are needed for this drill. One team of four starts on one side of the grid against two of the opposing players who will be defending them. The other two players stand by on the opposite side of the grid.

Having a supply of balls close by is nice to minimize down time in case a ball goes out of play.

This drill starts with a 4v2 rondo 'keep away' on one side which can be initiated by a coach playing a ball into the area or the players can start the drill on their own. The offensive players try to maintain possession of the ball for a certain amount of time or a complete a minimum number of passes to earn a point. Meanwhile the two defenders are working to win the ball back.

In general rondos are great to help players work on keeping possession of the ball and improve basic passing skills. In addition, this drill teaches players to quickly react to changes in possession and transition to the opposite side if the ball goes out of play.