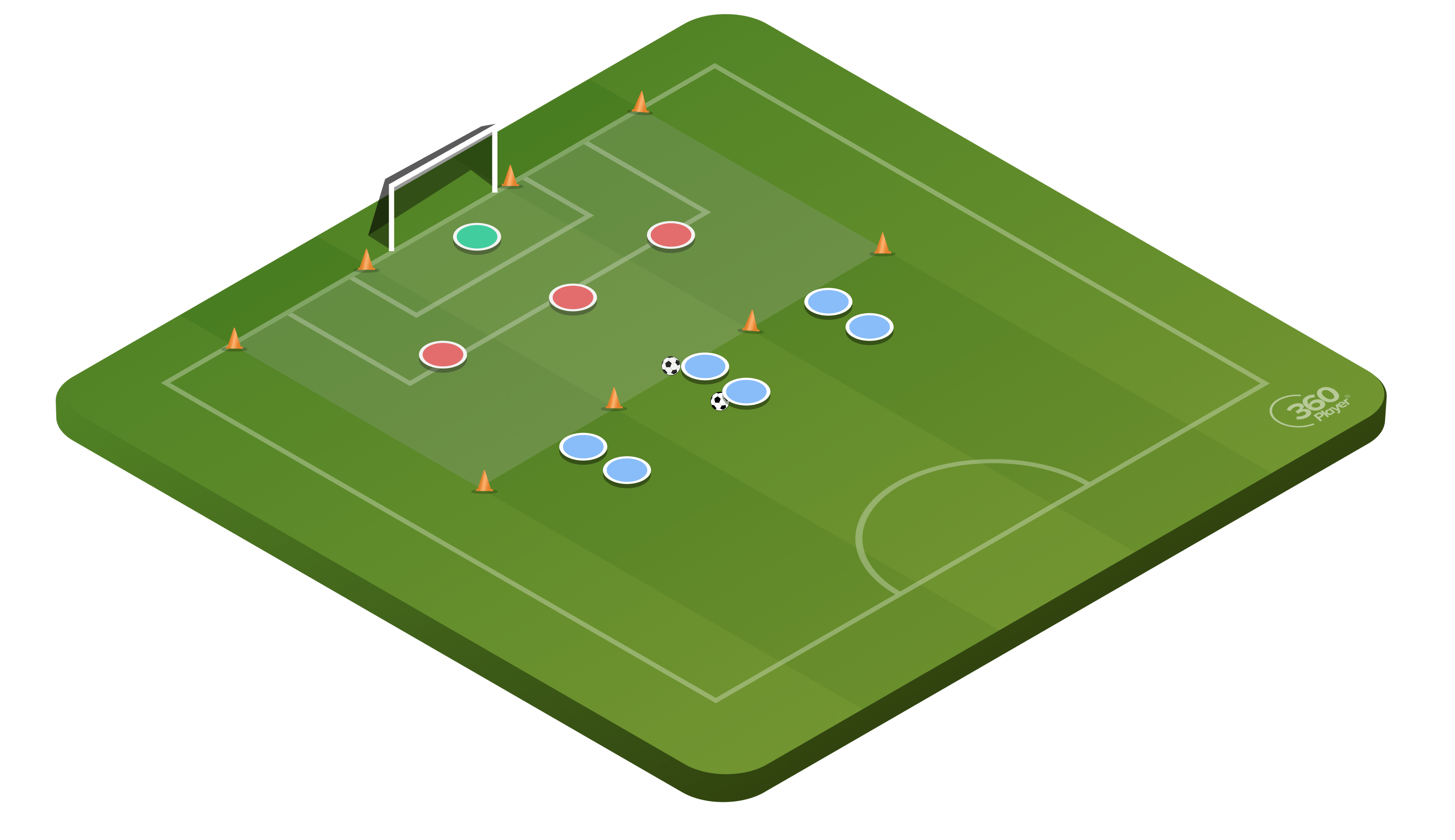 3v3 defenders in zones is a small sided game variation which gives the offensive team an incentive to move the ball as the defenders must stay in their areas.

Create a playing area with a large goal and a goal keeper at one end. Divide the field into three even zones and place one defender in each zone. In addition, start with three attacking lines at the end opposite the goal. Balls start with players in the middle line.

The attacking team comes out to play 3v3 against the defenders, trying to score just like in a normal 3v3. The only exception in this drill is that the defenders must stay in their individual zones. If the defenders win the ball, the play is dead and they can rotate off while a new team becomes the defenders for the next round.

This is an excellent drill for players to work on moving the ball around to find an opening for a shot. Because there is only one defender in each zone, the offensive team can have an advantage by overloading a single zone and using combinations to get around the defender.