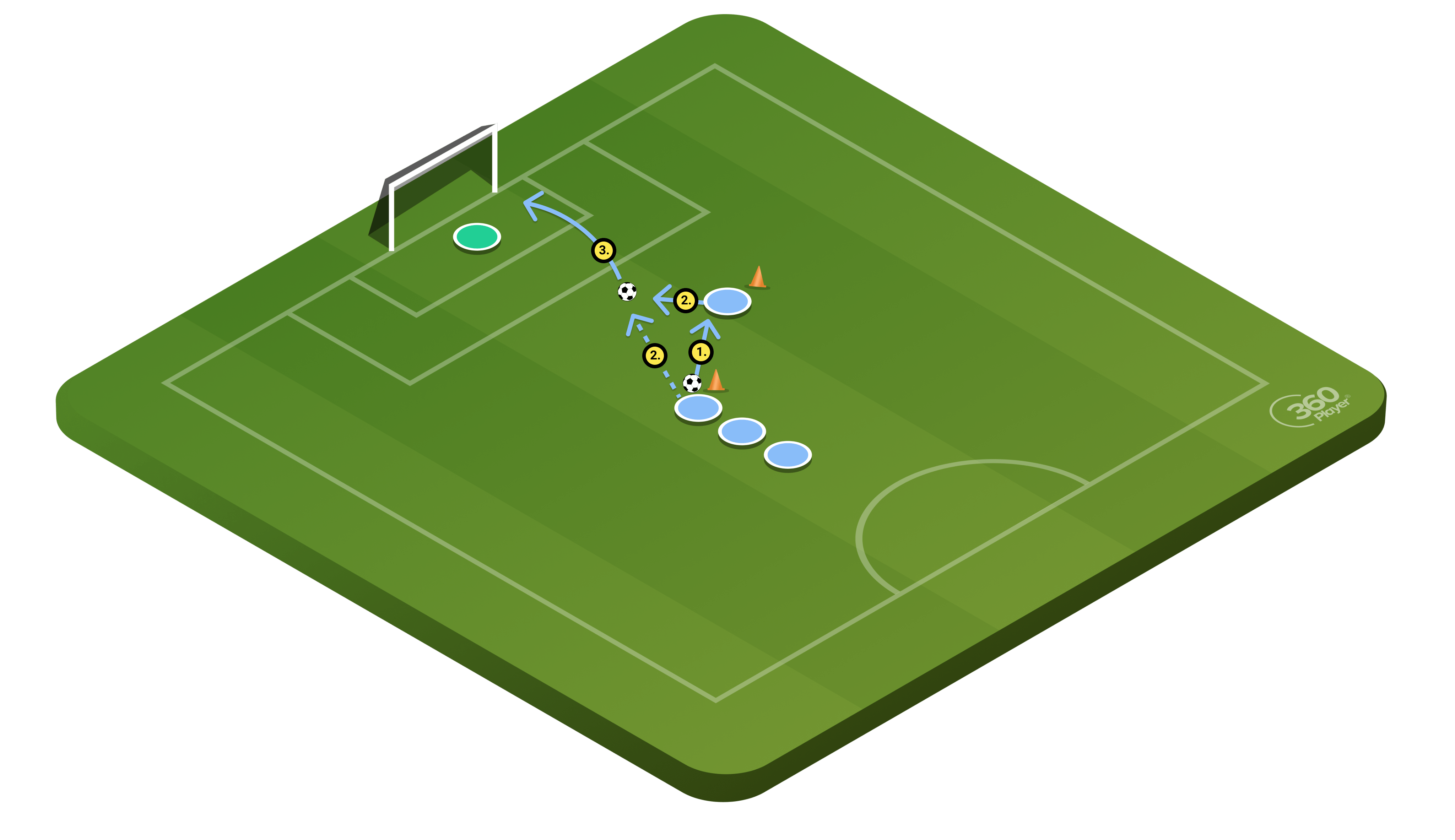 The wall pass shooting drill is a simple way for players to work on combination play and finishing.

For this drill you need a large goal, goal keeper, and a small group of players with soccer balls. Create a line with the players outside the top of the box and have one player come out to be a 'passer' as shown in the diagram.

The players in line play a pass to the passing player at the side, run forward, recieve a pass back, and shoot on goal. Once a player shoots, the next player in line can start. Be sure to rotate the passing player so that they get a chance to shoot as well.

Keep in mind this drill works best with smaller groups because it's best to avoid long lines.

Being able to combine with teammates is an important aspect of attacking play and this drill gets players into the habit of combination play by making a wall pass before shooting. Coaches can emphasize communication and change of pace movement after the pass is made.