Rondo In A Rondo 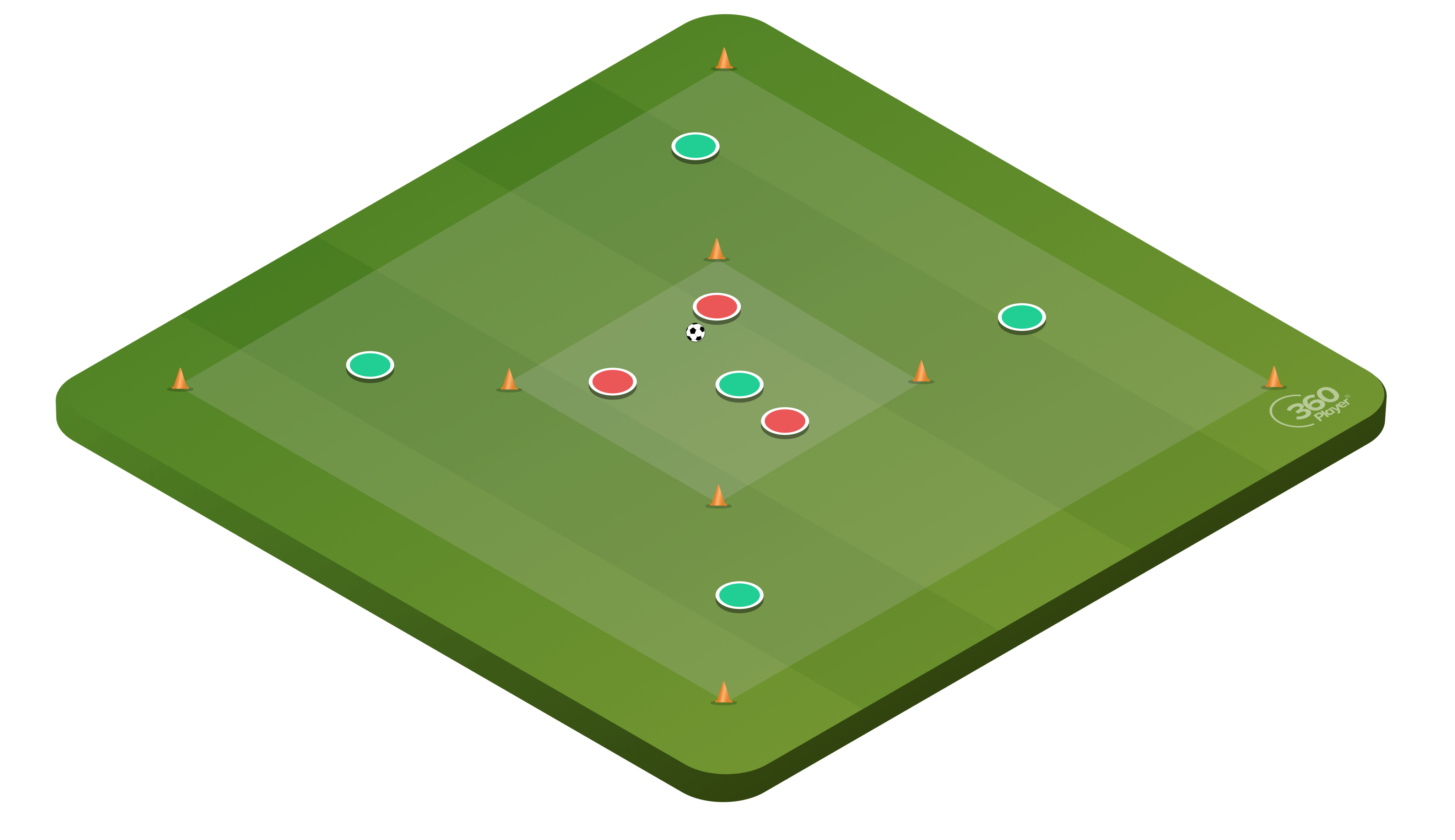 In this rondo variation the defender in the middle can win the ball and play out to their teammates to play keep away from the original attackers.

Create a large grid with a smaller grid inside of it in the middle. In the small grid set up a 3v1 rondo. In addition, position 4 players around the outside in the larger grid.

In general rondos are great to help players work on keeping possession of the ball and improve basic passing skills. In addition, this drill teaches players to quickly react to changes in possession and transition to the defensive mode as soon as the ball is lost.