1v1 Back To Goal Race 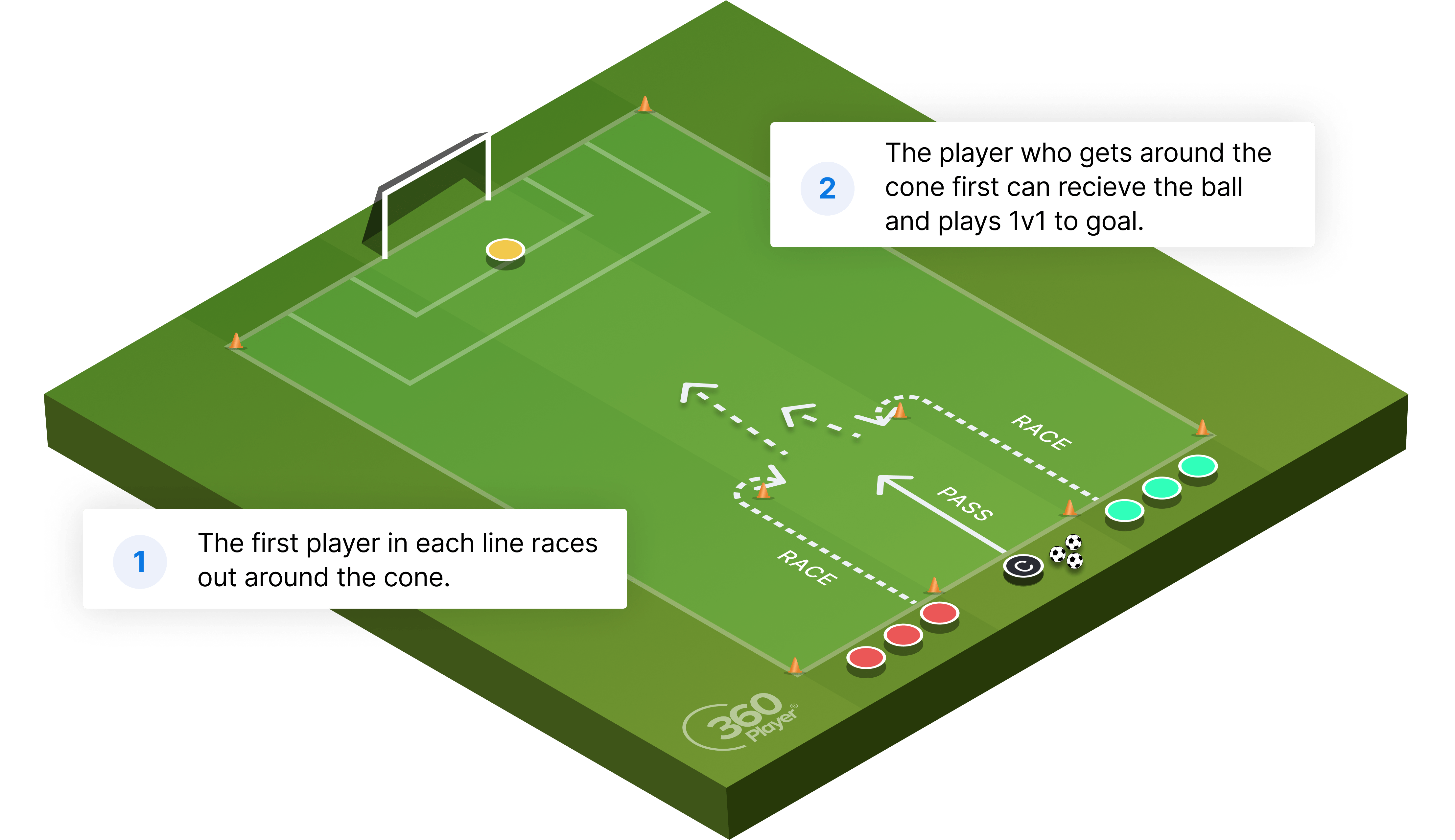 1v1 back to goal race is as fun 1v1 exercise where the first player to run around the cone in front of them gets the ball to attack on goal.