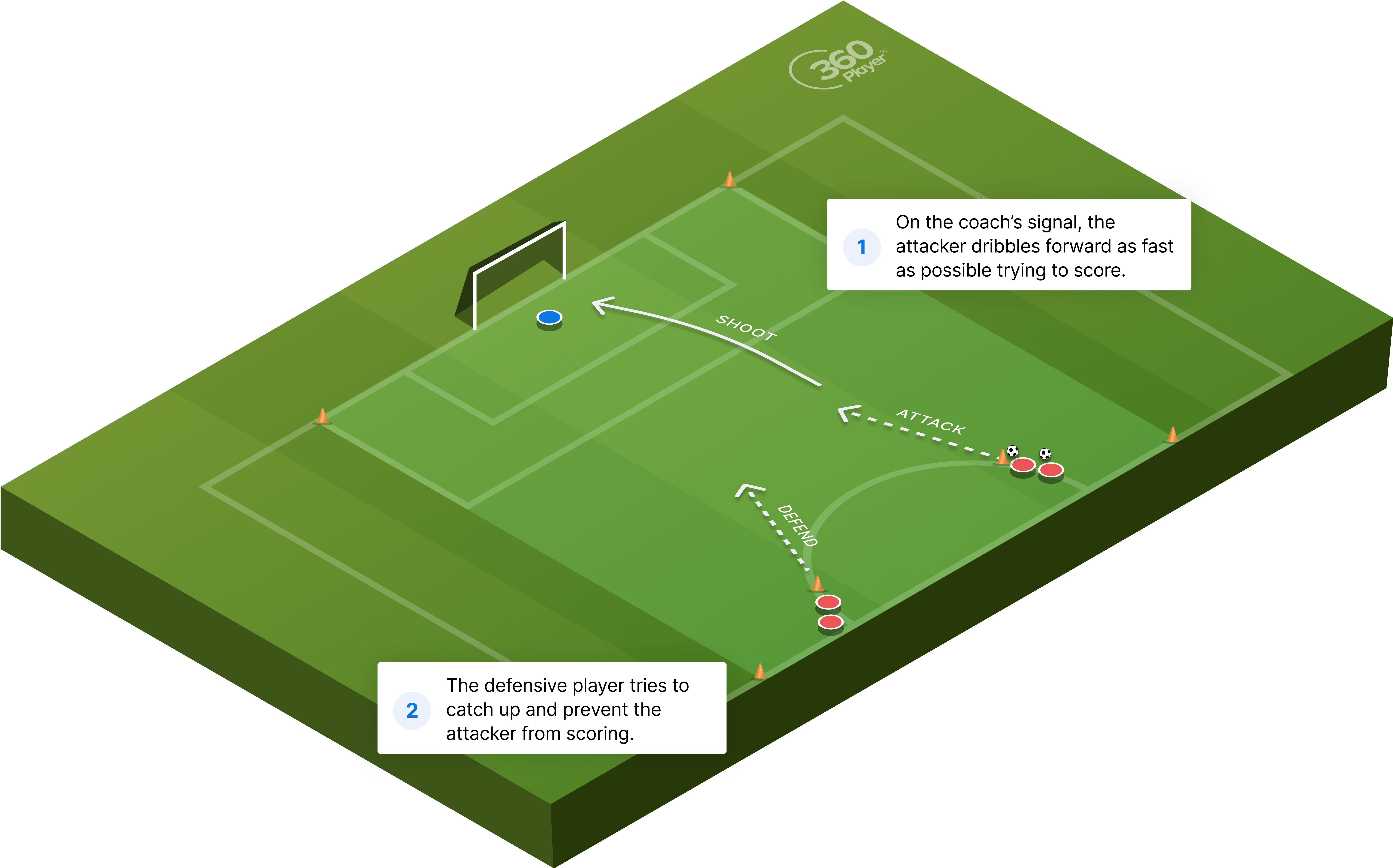 1v1 defender trailing is a 1v1 variation that encourages offensive players to attack quickly and stay calm under pressure while being chased by a defender.

For this drill create two lines of players anywhere from 30-50 meters away from a large goal with a goal keeper. The players in one of the lines need balls.

Because there is a bit of space between the players at the start, the offensive player has an advantage if they can get into a goal scoring position before the defender has a chance to catch up to them. With that being said this is a great drill for forwards to work on dribbling at speed and staying calm to finish under pressure.