Straight Up 1v1 To Goal 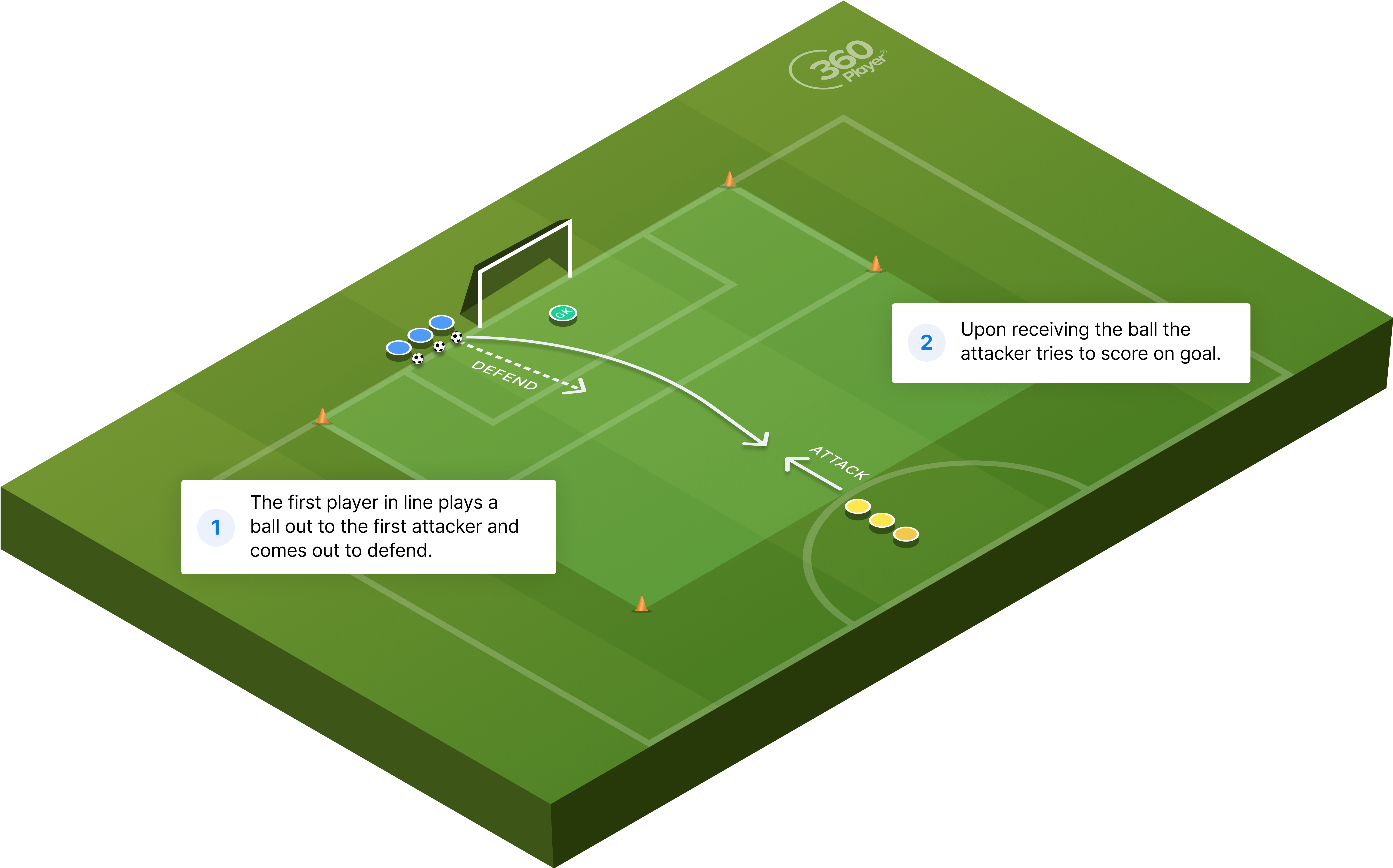 Straight up 1v1 to goal is one of the simplest 1v1 variations where the defender plays a ball out to the attacker who then tries to score against them.

The first player in the defending line plays a ball out to the first attacker and then runs out to close the attacker's space. The objective for the attacker is to get past the defender and score.

If the defender wins the ball there are several variations you can choose. Either the play is dead you can allow them to try to attack and dribble past the line in the opposite direction.

When the ball goes out of play the players clear the field and go to the back of the lines for the next players to start. Depending on your objective as a coach you can have players switch lines to practice both offense and defense or have them stay in the same roles.

On the defensive side you can encourage players to force attackers to use their weaker foot. In addition it helps if they close the space as quickly as possible to prevent an easy shot.

Attackers can work on different moves and creativity to try to get past the defender. Emphasize competitiveness and playing at game speed to help players improve.