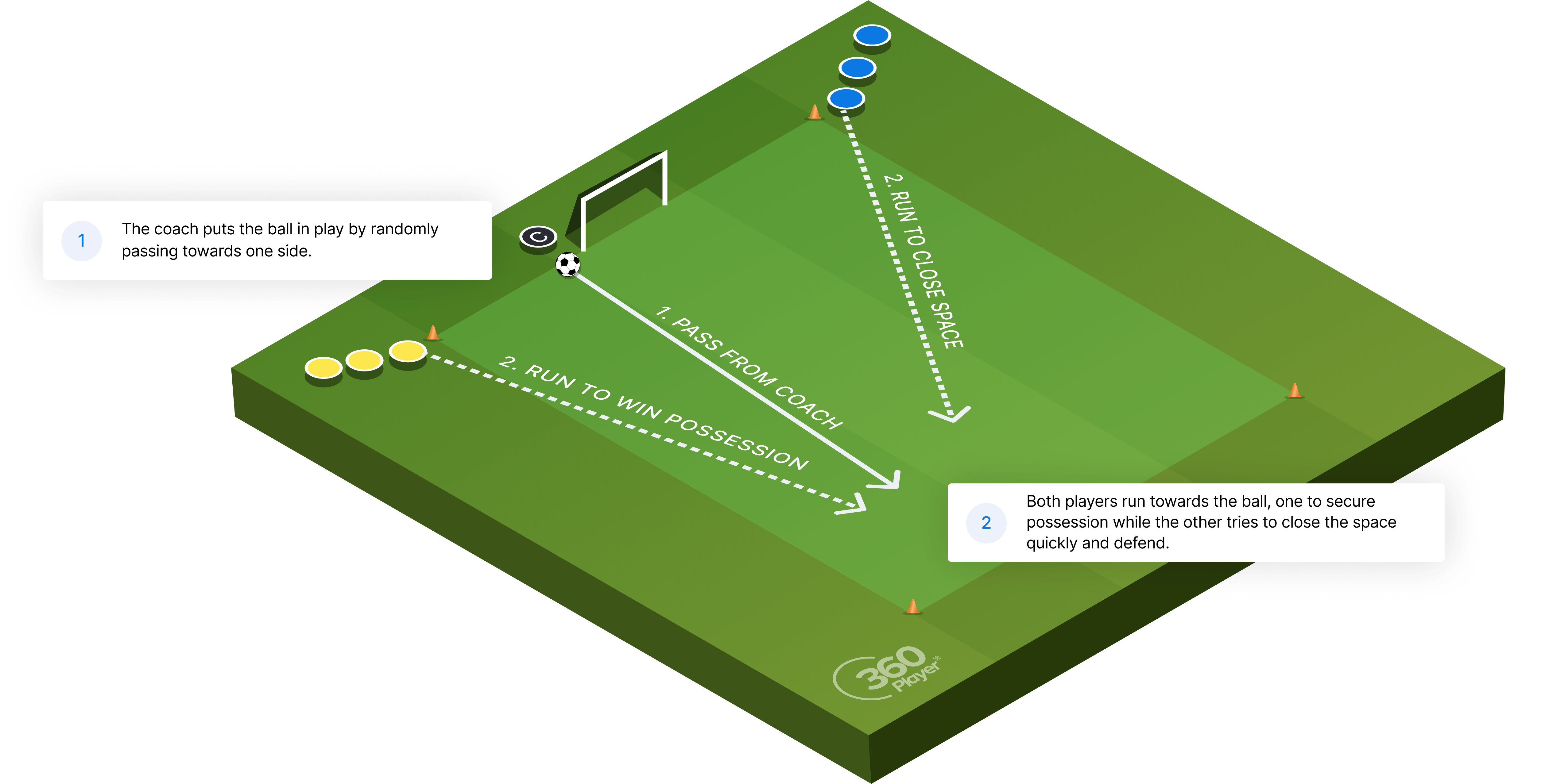 The Pressing 1v1 drill is a simple one versus one drill that keeps players on their toes and places an emphasis on the defensive player to close down the attacker's space as quickly as possible. It is an ideal drill for a team that likes to use pressing tactics because it trains defenders to run towards their opponent as they try to establish possession.

When the first player in each line is ready, the coach plays a ball out onto the field towards one side. Since the focus of this drill is on defensive pressing, it's best to play the ball towards one side so that the player on that side can gain possession more easily. However, another variation of this drill could be performed by playing the ball into the middle and having the two players battle to win a 50/50 ball.

If the attacker is able to turn towards goal, the defensive player should display proper defending technique, maintain a distance that's not too far or too close, and force the attacker one way. In this situation it can be advantageous for the defender to force the attacker towards the side of their weaker foot.