1v1 Defender In The Square 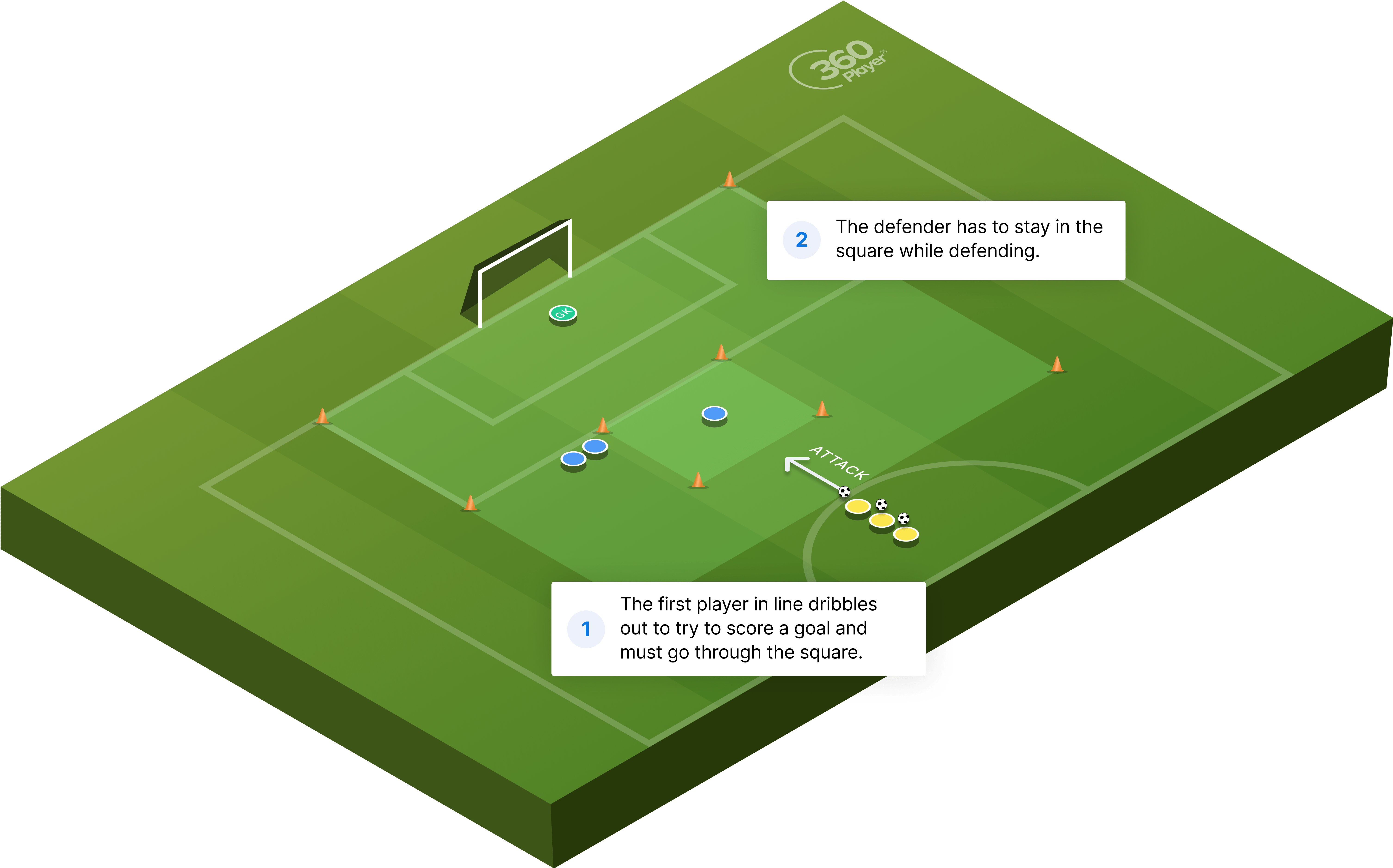 1v1 defender in the square is a simple 1v1 variation where a defender is confined to a certain area that the attacker must dribble through before scoring.

For this drill you need a large goal, a goal keeper, and a square at the top of the penalty area. Divide players into two groups, one of which starts as defenders next to the square and the other starting as the attackers as pictured in the diagram. The attacking players should be ready to go with a supply of balls.

This is a great drill to give offensive players an opportunity to try out new moves against defenders. One tip to help the attacking players is to dribble towards the defender with speed. Often times all it takes to get by is just a quick change of pace or direction. Defenders should force attackers to their weaker foot and stand their ground.