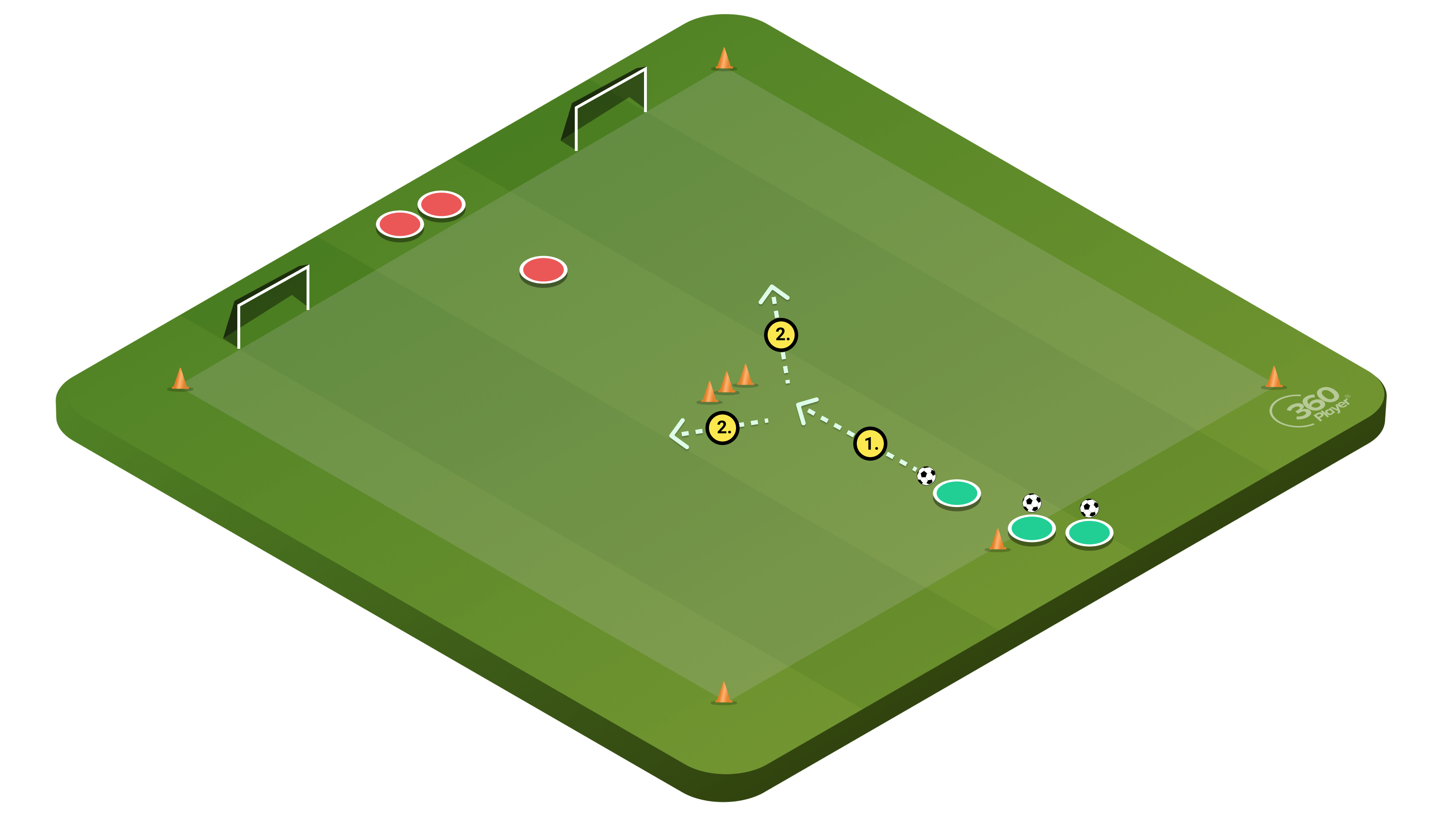 1v1 pick a side is a drill where the attacking player dribbles straight ahead and then chooses one side to attack against the defender.

The first player in the attacking line dribbles towards the three cones in the center. The defender comes out to defend against them. At the last second, the attacker must choose which side they would like to attack by dribbling to one side of the cones. Once they've made their choice, they must attack the goal on that side.

If the defender wins the ball the play is dead. Players switch lines when they are done and the next group can start.

Coaches can place either an offensive or defensive emphasis on this drill. The attacker should attack with speed and use their skills to get past the defender.

Defenders should try to force attackers to their weaker foot and close the angle to make it difficult for the attacker to score.