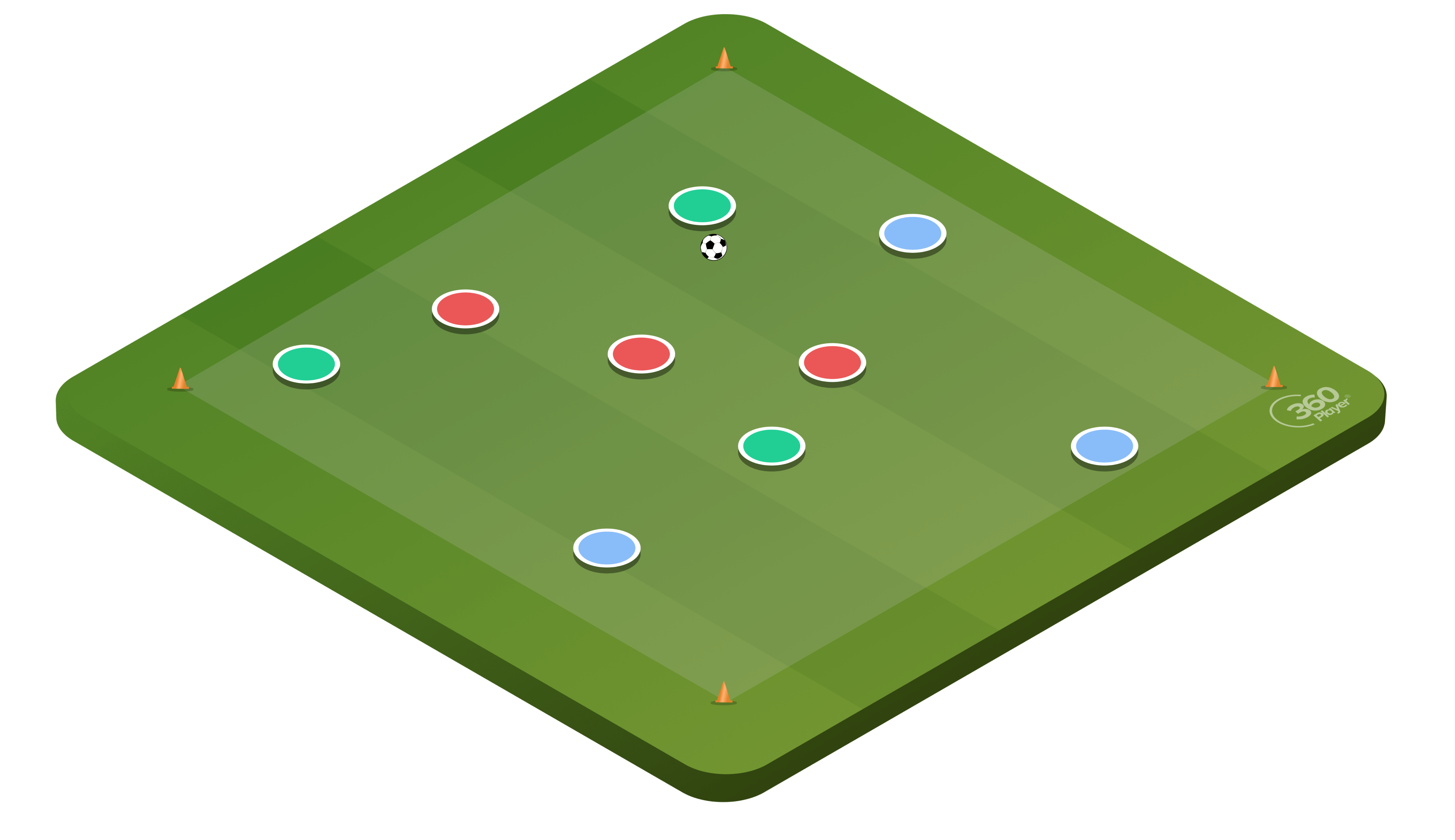 The 3v3v3 rondo keep away drill is played with 3 teams where two teams keep possession against one team in the middle.

This is a relatively simple exercise to set up, all you need is a playing area and three teams of three players each. The size of the playing area can vary depending on the skill level of the players. Professional clubs such as Manchester City prefer to use very tight spaces for this drill.

Two of the three teams work together to play 6v3 keep away from the other team for as long as they can. As soon as the ball is lost, the team that lost it rotates into the middle while the team that was in the middle comes out.

As a coach you always want to push your players to improve and pose a challenge that is not too easy or too difficult. Always be mindful of the skill level of your players. If this exercise is too difficult, here are a few ways you could make it easier:

1. Increase the size of the grid so that players have more time and space

2. Add in some neutral 'all-time-offense' players so that the team with the ball has a greater numerical superiority

3. Try this game with four teams instead where you have three teams playing keep away against one defending team