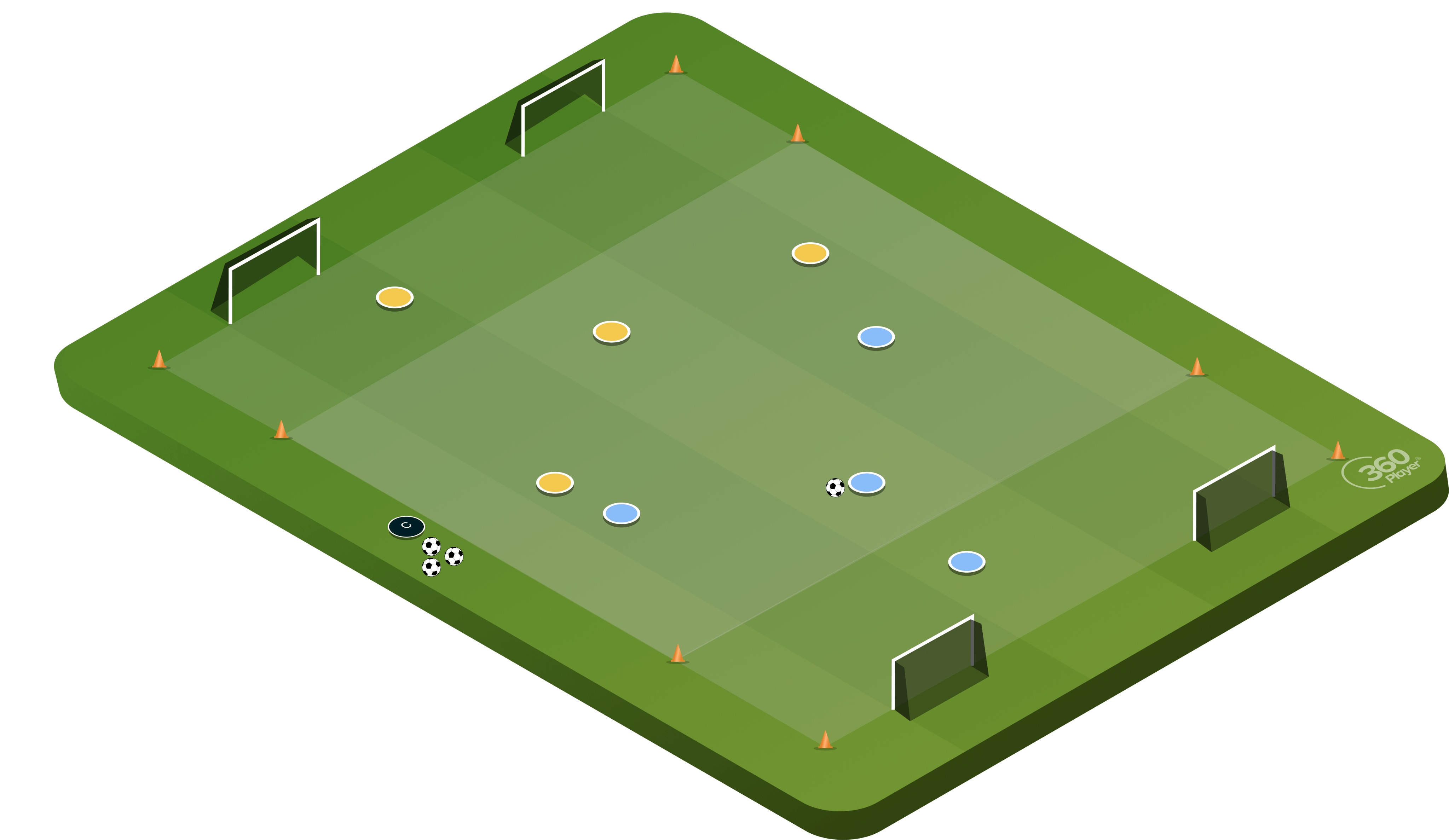 3v3 beat the last player is a simple 3v3 drill with a twist. In order to score, a team has to navigate past an additional player who is protecting the goals.

Create a playing area with two mini goals on either end. In addition, section off an area at either end and place a defender at each end as shown in the diagram. In the middle area players play 3v3. This drill can also work with a 2v2, 4v4, or 5v5 in the middle.

One of the keys to this game is moving the ball back and forth to create an opening into the final zone. Teams can try to draw the defender to one side of the drill before quickly switching the ball to the other side to set up an easy goal.

If you want to make it easier for the teams in the middle to keep possession, neutral 'all-time-offense' players can be used to give the team with the ball a numerical advantage.