Battle For The Advantage 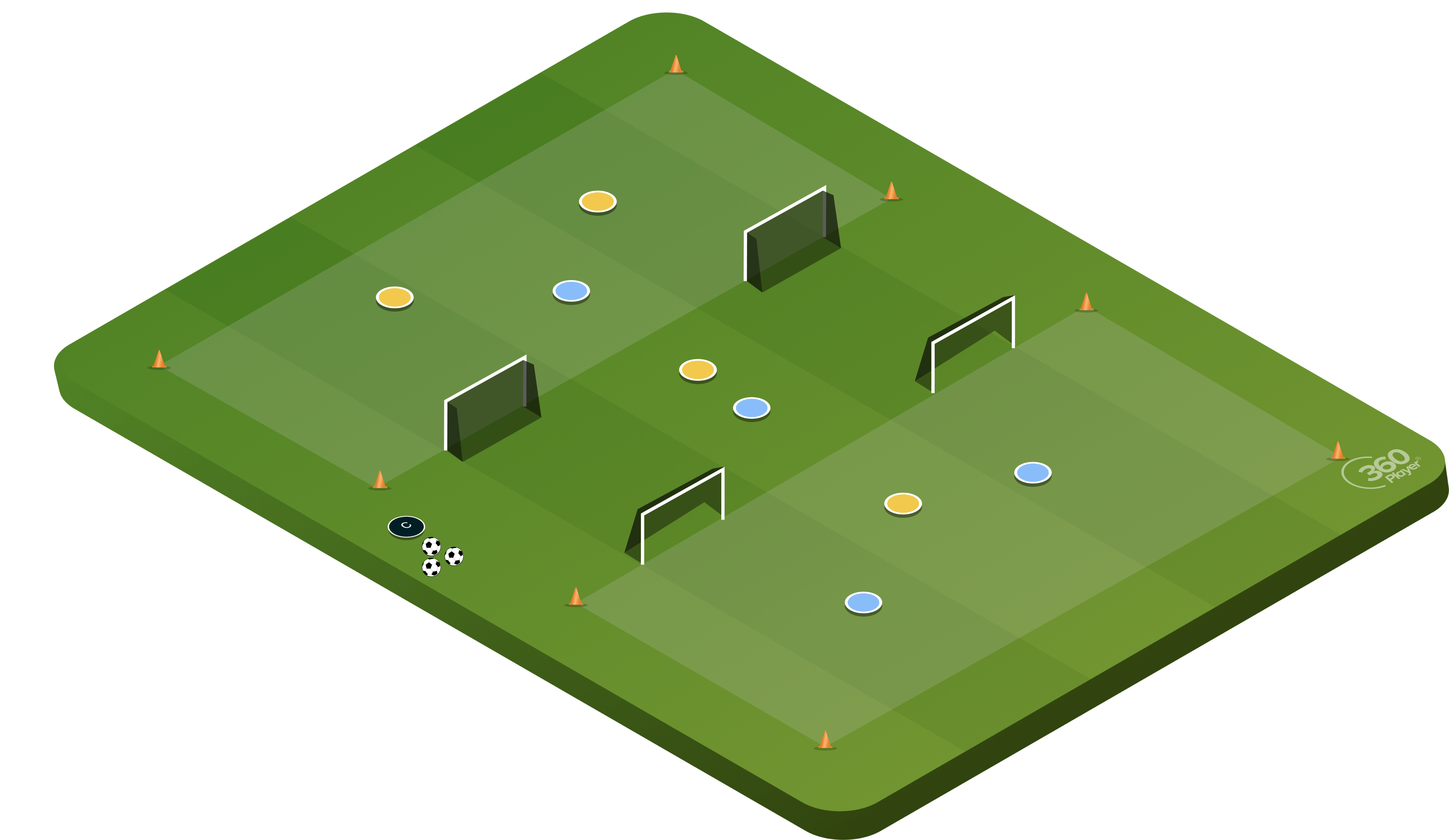 As a coach you'll want to have a supply of balls at the ready. Also keep in mind that this game can be played with large goals or mini goals. However, if you opt for large goals, you'll want goal keepers to defend them.