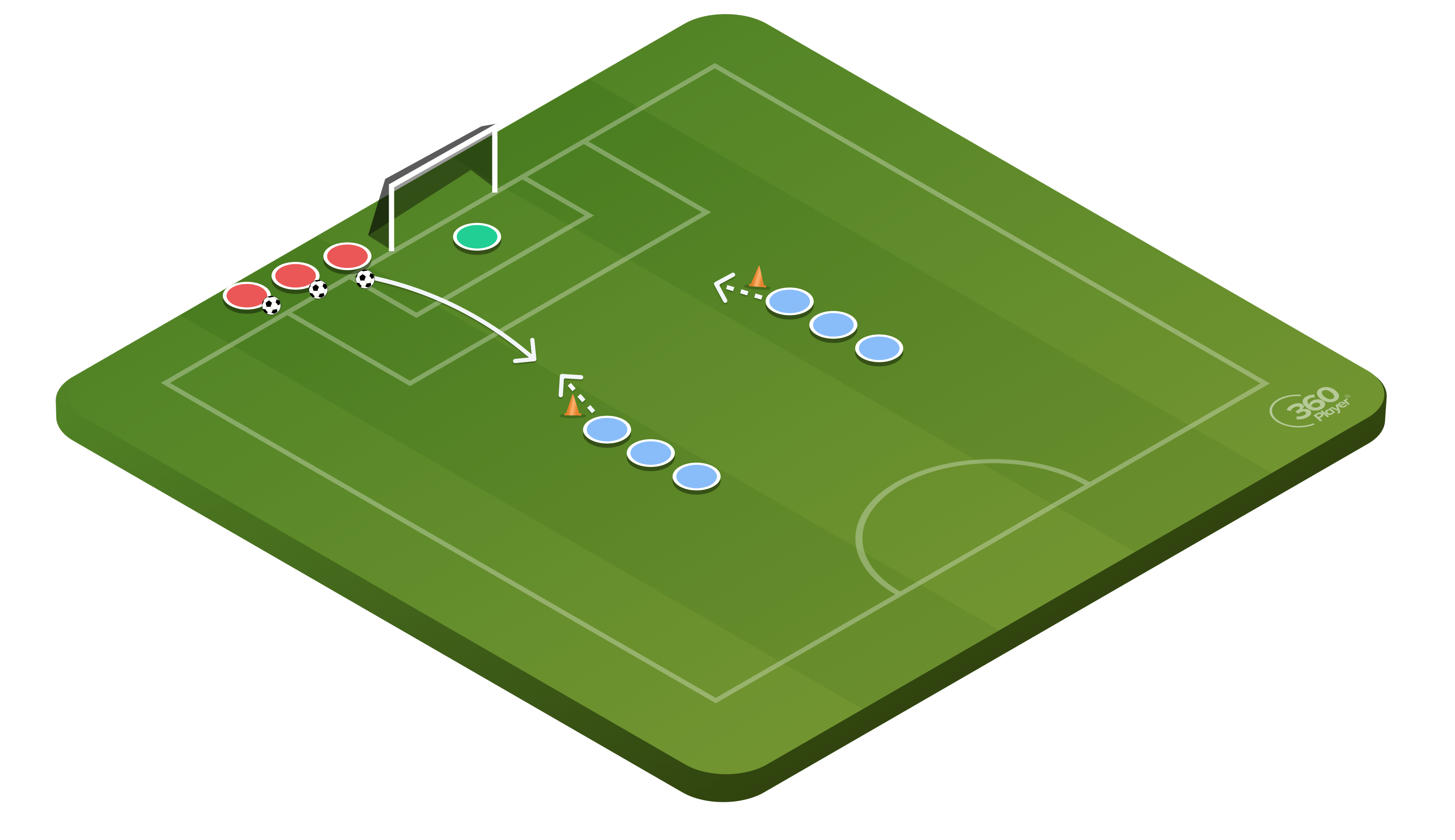 Simple 2v1 to goal is a basic 2v1 variation where two attackers try to score a goal on a single defender.

Set up a playing area with a large goal and a goal keeper at one end. Opposite the larger goal create two lines of attackers. The defending line starts next to the goal with a supply of balls.

The first defender in line plays a ball out to the attackers who then try to score on goal. Once a goal is scored or the ball goes out of play a new group starts.

Several variations of this drill can be played. In one variation, the play is dead as soon as the defender wins the ball. In other variations coaches can set up mini goals on the opposite side for the defender to try to score if they win it.

In 2v1 situations the offense outnumber the defense so they should be able to get quality shots off on goal. The player with the ball should dribble towards the defender to 'commit' them. If the defender doesn't commit then the attacker has space to make a run. If the defender commits to the attacker then they can pass it to their teammate with some space.