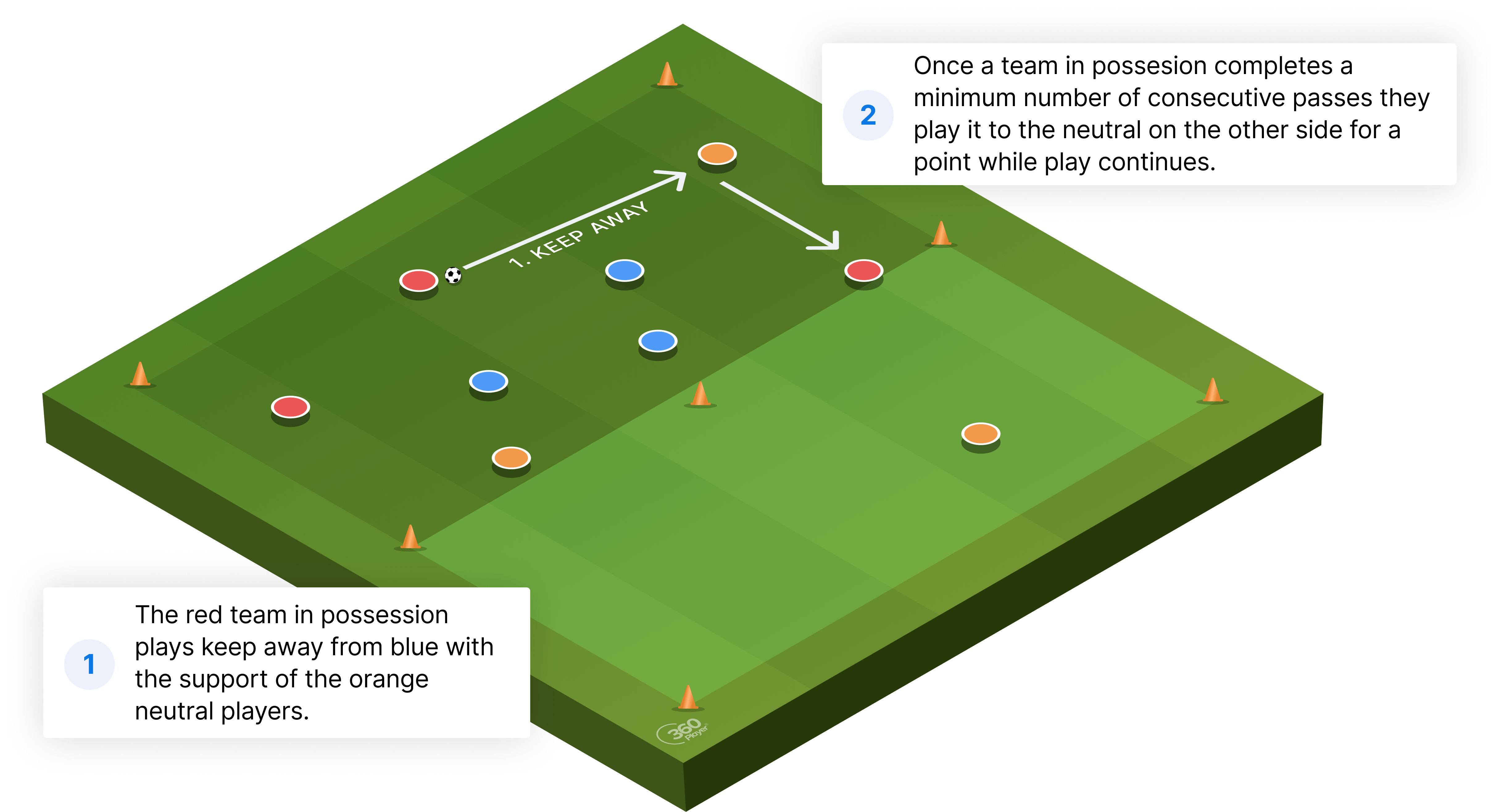 Create a large grid and divide it in half. Then arrange players into two even teams and assign three players to be neutral 'all-time-offense' players. It's also nice to have a supply of balls close by to restart quickly if the ball goes out of play.