Battle for the ball is a 1v1 variation where two players have to fight to win a 50-50 ball in order to try to score. 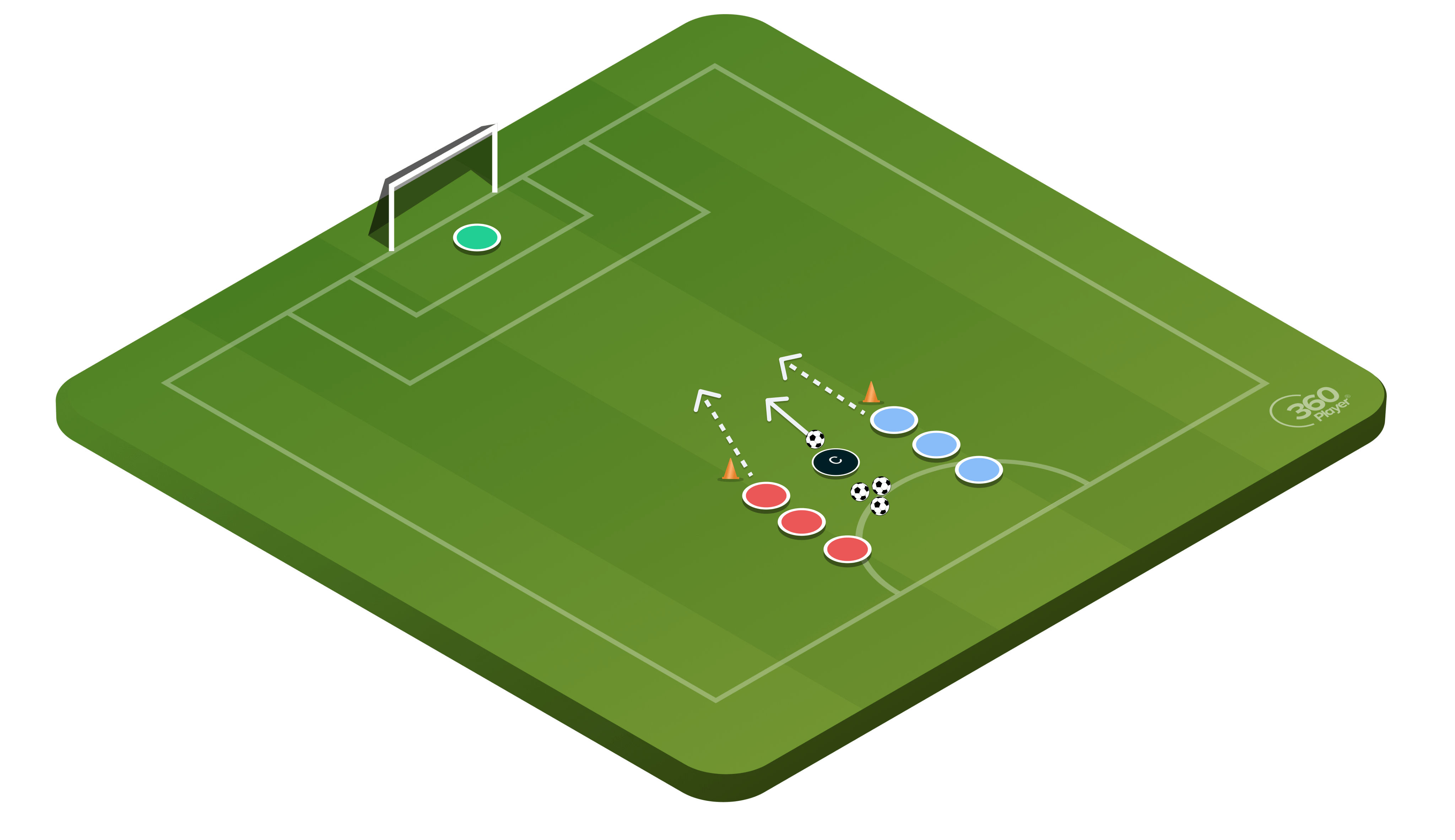